Rumble Monsters exhibition @ One up Akiba 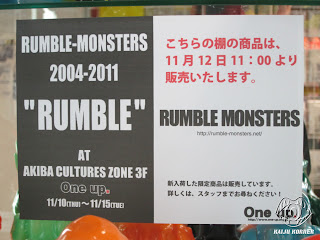 One up Akiba's first indy maker solo show was by Rumble Monsters. The event, which ended yesterday, featured a fantastic 2004-2011 retrospective of RM figures, most of which were for sale. It was kind of nostalgic looking at the Damnedrons, Pharoans, and other figures from one the pioneers of the modern indy sofubi wave.

The top row of figures, which included some nice Pushead HPs, were display only: 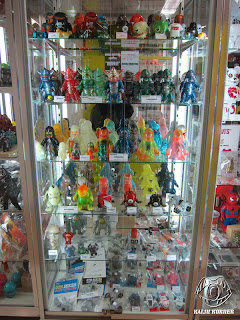 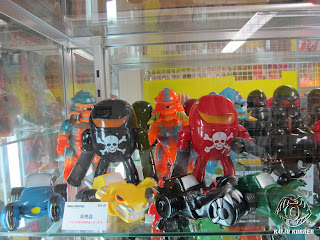 More after the jump:
Everything on the second row down was for sale, including some real gems at the original retail price: 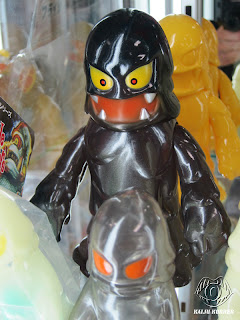 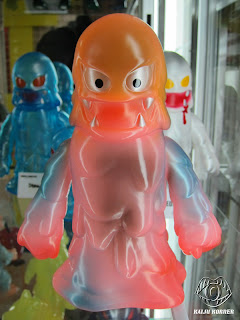 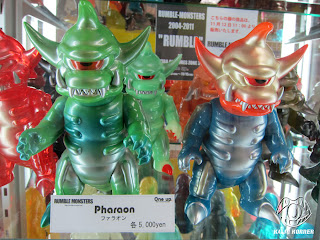 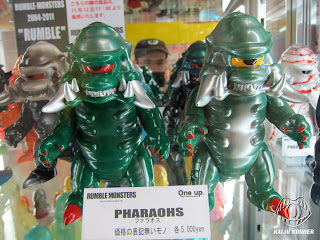 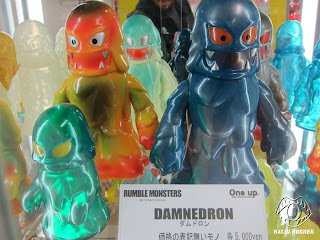 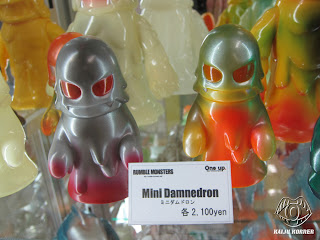 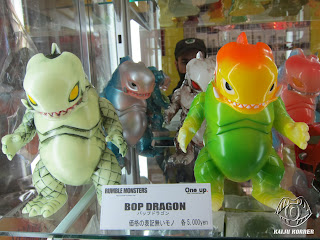 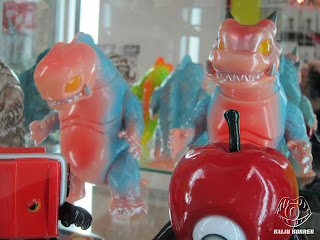 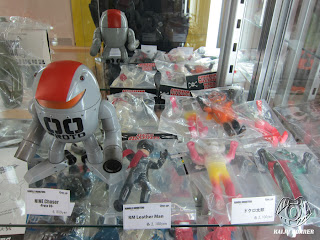 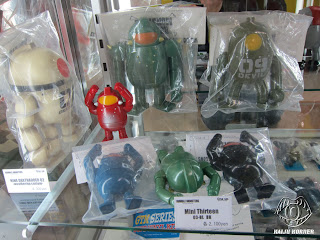 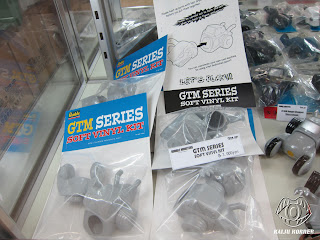 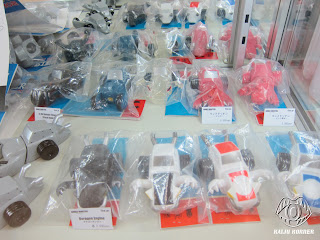 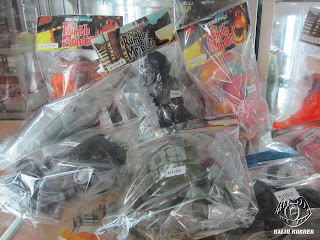 Also on hand were a bunch of collabs between RM and other companies over the years, including Max Toy and Charactics. 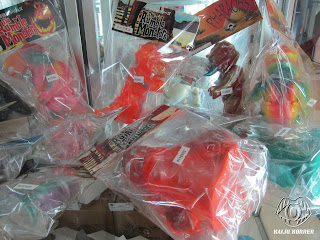