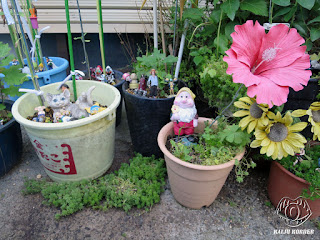 Toys and characters are a big part of life in Japan. It's much more common to see an Ultraman or Kamen Rider promotional tie in than, say, something from the latest movie. So you see posters, signs, and all sorts of other things related to Japan's character kings like Mario, Doraemon, Godzilla, Pikachu - the list goes on and on... 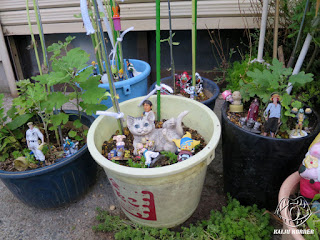 People in Japan like putting little statuettes (toys, animal sculptures, etc.) in front of their houses. Sometimes you'll even see them cemented onto walls and fences. Recently, I came across a home that tops them all. In front, there were dozens of little toys stuffed into planters, like a mini display being shared with everyone passing by.


The Pixiv Zingaro Gallery has an ongoing exhibition of ThreeZero toys.
The super-detailed figures from the standout Hong Kong company are based on a variety of licensed characters from anime, video games, and elsewhere.

A lot of figures are for sale, including 4 figures which are exclusive to the show.
All of the figures have an amazing sense of realism and detail.

Here's a video I shot of the show: 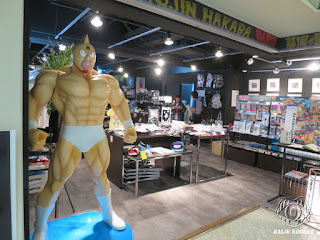 Just a few weeks ago, a new shop – Chojin Hakaba (which translates into  “Superhero Graveyard”) – opened in Nakano Broadway. The shop doubles as a Kinnikuman specialty store and an art gallery.

It’s on the third floor of the Nakano Broadway mall.
Chojin Graveyard (a name mixing Japanese and English which the store also goes by) has some toys, but the focus is currently on lifestyle goods like T-shirts, bags, hats, skate decks, and cell phone cases. I asked, and it sounds like they are planning to have more Kinnikuman toys down the line, possibly from Five Star Toys and hopefully others.

Here’s a video I shot of the store: 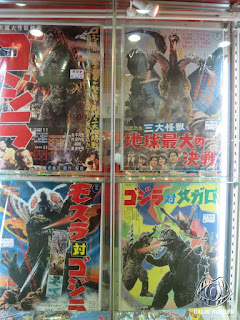 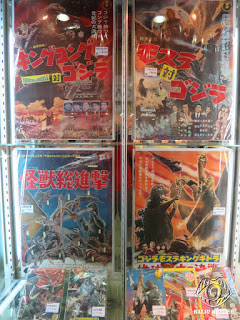 
When going about one's daily life in Japan, one of the things that stands out is the strength of certain brands, not to mention their longevity. You can be in an antique mall and see a box of 50-year old Glico  toys. Then you cross the street, go into a 7-11, and there are new Glico snack products on the shelves. The same thing goes for many lines, and that isn't surprising since there are two truths about Japan: traditions are important, and things are slow to change.

Quite a few snack makers, including Glico, Morinaga, Meiji, Calbee, and Lotte (A Korean company that was originally founded in Japan) have been bundling premium cards, stickers, and toys with their products for decades. I thought I'd write about some, to show how traditions going back half a century (or longer) carry on today.

Let's start with Calbee. The company was formed in 1949 under the name Matsuo Food Processing Co. That was changed to Calbee Foods and Confectionery Co. in 1955. Fortunately Japanese companies are fine with using shortened forms of their names, ala Calbee.

Calbee is known for its shrimp crackers as well as potato chips, which dominate many snack sections in convenient stores.

Long ago, in 1971, they released a line of Kamen Rider branded snacks, with cool packaging and a pack of bonus Kamen Rider cards attached.
These are highly collectible - possibly the most widely collected cards in Japan along with vintage baseball cards.

Here are some closeups of rarer cards: 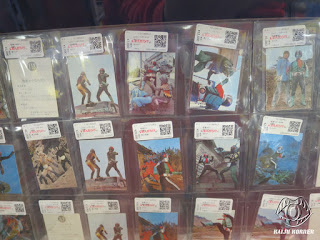