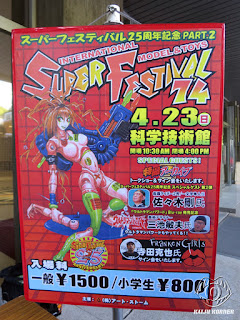 Super Festival is celebrating its 25th anniversary. The most recent installment of the show was very well attended, which bodes well for the future. The biggest shift in the toy scene is the growing number of toy makers from Hong Kong who are having toys made in China using Japanese production methods. I'll say a bit more about that below.

Here is my 200+ pic report on the toy offerings from around 50 toy makers from Japan, England, China, the USA, and beyond. They brought goods made from sofubi, resin, keshi gomu, and other materials. For the pics, the booths are arranged alphabetically. 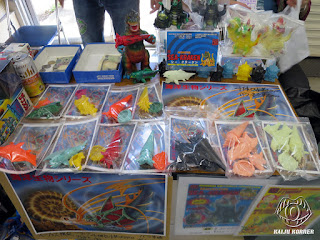 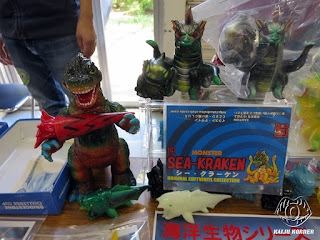 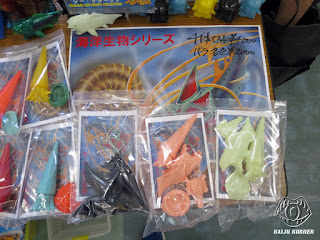 Much more after the jump: 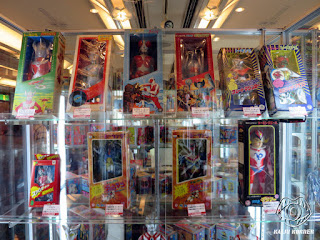 Talking toys saw something of a heyday in the 1960s-1970s. The technology was still relatively novel, and it added an exciting play element to action figures.
The early-mid 70s in Japan also saw explosive growth in the variety and popularity of tokusatsu (live action) and anime TV shows like Kamen Rider, Barom 1, Mirrorman, Mazinger, and many more.  Sofubi figures were the toys of choice, probably because they were inexpensive to produce, but there was also an enormous variety of vehicles, daily goods (including hero-themed shoes!), and a lot more.
Talking toys were certainly at the higher end of the cost scale. Not only were fewer made, but far fewer have survived. So, seeing a collection like this in their original boxes is something special.
More after the jump: 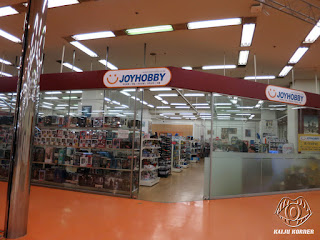 South Korea isn't well known for its toy shops, but there are some with nice selections. If you're into modern toys and are on the lookout in Seoul, the Joy Hobby store has a pretty good variety, especially for Gundam model kits and model building supplies.

Joy Hobby is located on the basement level of the Technomart shopping plaza. To get there, take the subway to Gangbyeon station. The mall is right next to the station.

Joy Hobby has a website, but it's all in Korean.


Here's a video I shot of the store: