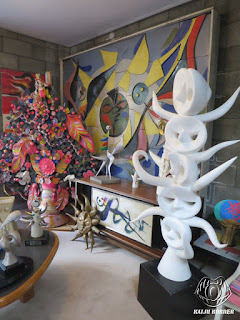 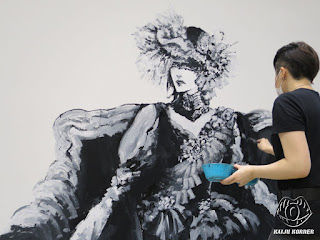 One of the most compelling aspects of Design Festa is the exhibition of live art that goes on throughout the show. 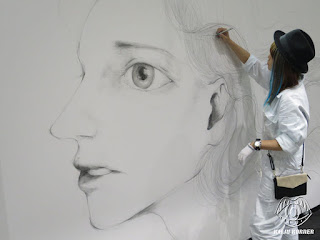 This happens in a variety of ways. Participants renting small booths can elect to have blank canvases set up on the walls behind them. (Apparently, these are then peeled off at the end of the show.) Some use their booths just for this purpose, and in lieu of tables or cases, they use the floor space to spread out drawing or painting materials.
Others, like our indie toy buddy Hints and Spices, integrate the canvas into their booths, where they also sell toys, cards, and other wares. 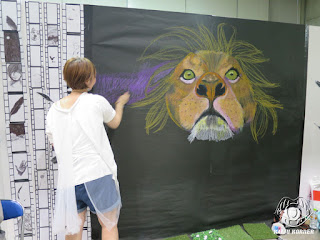 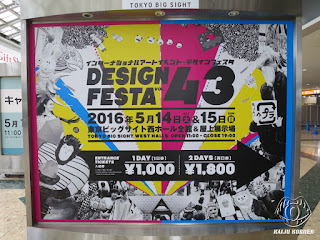 The latest Design Festa, one of Japan's largest gatherings of craftspeople, musicians. and other creative sorts, took place at the Tokyo Big Sight on a beautiful spring weekend.

Many of the indie sofubi stalwarts were there, and in addition to those I wanted to provide a look at some makers working with other materials, since Design Festa really brings everything together, from sofubi to felt to yarn to wood, and more. So here's our toy report, with makers arranged alphabetically. 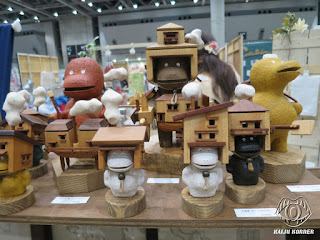 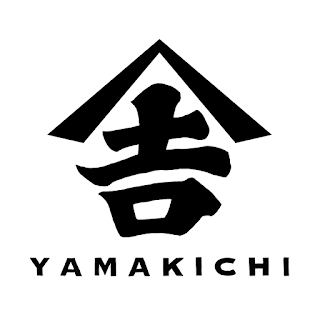 It feels like it's been a long time since a major online outlet has opened in Japan for indie toys. Some years back, there were a slew of shops. Some shipped overseas. Many didn't. Few were easy to navigate in English.

Yamakichiya.com seems to have put everything together in an easy-to-use website that not only ships worldwide, but also has English instructions helping you get your order in.

The shop has a very nice range of figures from a variety of toy makers, including Dream Rockets, Five Star Toys, Henry Anderson III (whose toys are made by Shikaruna), Uamou, Rockin' Jelly Bean, and many others.

Let's hope they're able to help folks around the world get their hands on their favorite toys! 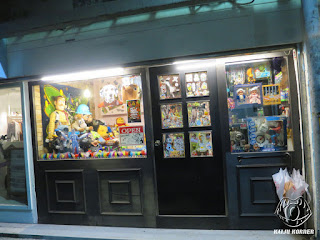 There was a time when Taipei was chock full of shops selling toys from the USA. In the 2000s, with the release of Star Wars: Episode One, there were dozens of stores carrying everything from Star Wars to Spawn to super hero toys.

The boom gradually fizzled out as interests changed and more activity moved online. By the end of the decade, only a small number of specialty shops remained open. And so it's great to see a fairly new shop like Ora Ora (オラ オラ) plant its flag and spread the vintage love. 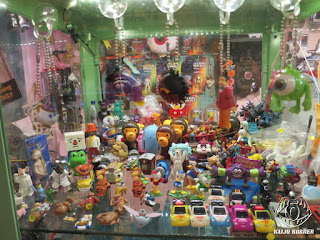 Ora Ora gets its name from the Japanese manga JoJo's Bizarre Adventure. However, the shop specializes in US toys. 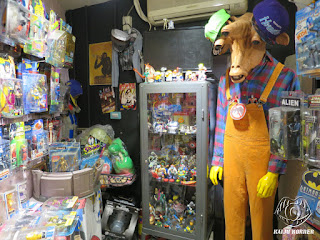 You can find all kinds of cool stuff at Ora Ora, including action figures, plush, cars, and a lot more. 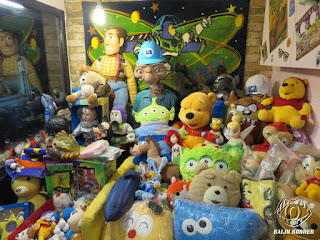 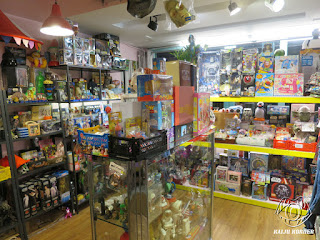 Here's a walk-through video I made:

The shop owners are really friendly, and they love toys. Ora Ora is in the Shi Da University area, which is great for browsing through boutiques, not to mention trying Taiwan's amazing street food, tea drinks, and desserts.

Thanks for reading, and if you're in the area, have a great time at Ora Ora!