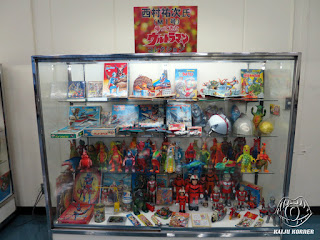 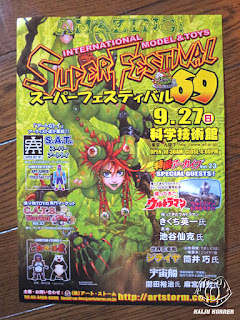 Welcome to Kaiju Korner's Super Festival 69 report. There were a large number of toy makers on hand with their latest sofubi, keshi gomu, and resin figures. Here are the images I shot, in alphabetical order. 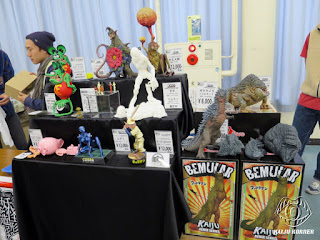 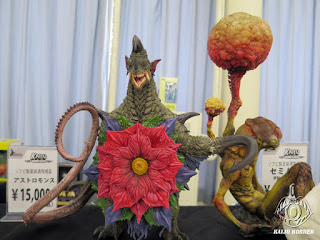 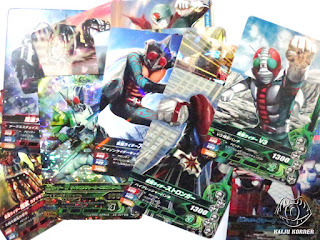 In recent years, one of the hottest trends in arcade gaming has been card-based games. They've got machines for historic battle strategy games, anime/idol fashion games, and all sorts of other things. The other day at a bookshop I came across some beautiful Kamen Rider cards. At first I thought they were just trading cards, but today I stumbled on the game they go with. 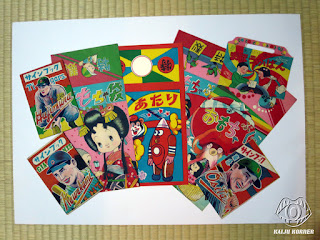 In post-war Japan, along with the rebuilding of the country's economy and infrastructure, there was a steady growth in domestic consumption (which now makes up nearly 60% of GDP). Kids' culture rode this wave, with toys, magazines, and all sorts of other things being produced.

During the beginning of this growth phase, in the 1950-60s, discretionary spending was still modest in most households. Staples of kids' culture were weekly magazines (and their marvelous furoku), cheap toys from candy shops, menkos (small round or rectangular cards), and so on. This was before the boom in vinyl toys, and one of the main materials used for kids' goods was good old-fashioned paper.

These days, one sometimes comes across beautiful old ephemera with striking colors and subject matter. Some of it has survived half a century in marvelous condition. Here are some pieces I've come across. 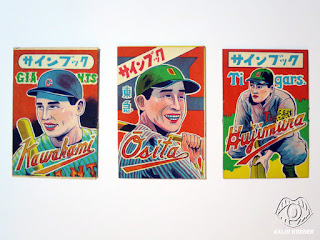 These little books have ballplayers on the cover. On the top, the Japanese says "sign books," so I guess they're for collecting autographs. On the inside, there are some blank pages (maybe for players' signatures), pages with baseball action images, and charts for keeping score. I like them for the cool illustrations and colors.
More after the jump: