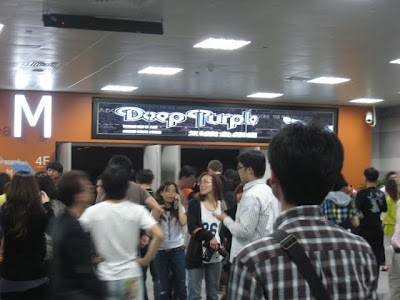 The caliber of concerts in Taipei is going up month by month, it seems. A few months ago, GnR kicked off their worldwide tour in the city. Dylan was here a couple of months back. Two weeks ago, while walking past a 7-11, I saw a poster for a Deep Purple concert. WTF! I phoned my GF immediately, and we had tickets ordered a few hours later. 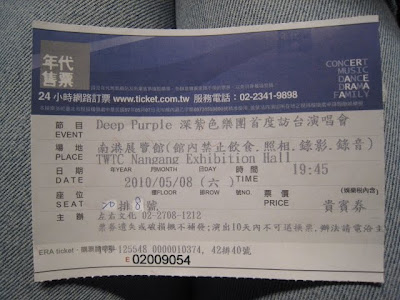 The concert was held at the Nangang Exhibition Hall, a sprawling building that's trying to take some of the World Trade Center's thunder, I guess. It's kind of out there, but the building is spanking new, and the facilities really modern. Anyway, kind of a snaffu with the tickets (our seats were separated by a huge platform set up to record the show, control the lights, or something). Anyway, this wouldn't do, so we told the ticket takers, and they swapped our seats. Low and behold, the new ticks were 30 rows closer to the stage and dead center...sweet! 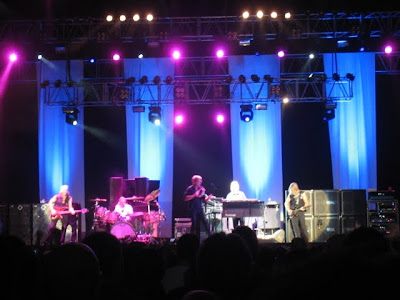 The band was rocking. I guess nobody told these guys they were in their 60's. 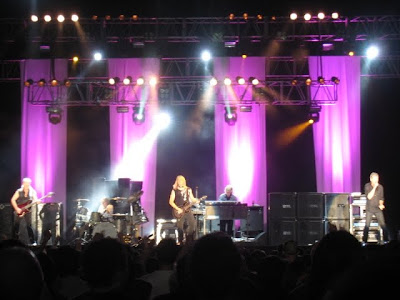 Ian Gillian's voice is still booming, though he backs off on some of the more intense high pitch wails. I was kind of disappointed they didn't do Child in Time, but after thinking it over, I guess it's because of the vocal challenge. They didn't do Burn either. Not sure why. 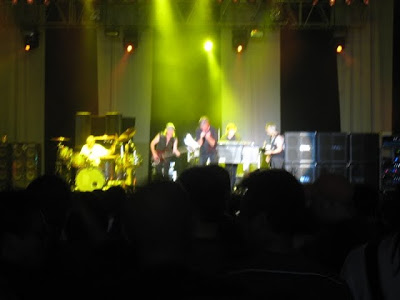 Steven Morse was awesome. His solo was fantastic. I really dug Don Airey too. Though he isn't one of the original members, the live show really brings home how important Jon Lord's keyboard compositions are in gelling DP's songs together. 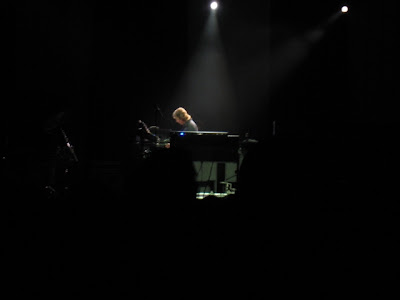 Most of the crowd was into it, especially during Smoke on the Water. 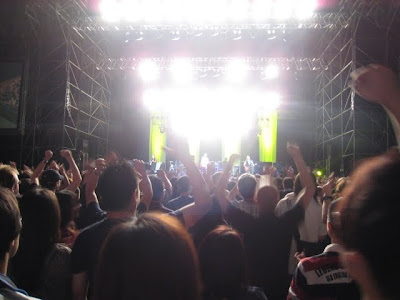 So, good times in Taipei. Funny thing is, Tears for Fears played in the city last night too. I think we made the right choice. ;-)
Posted by andy b at 6:01 PM No comments: