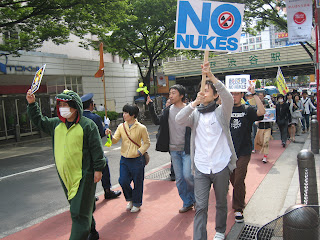 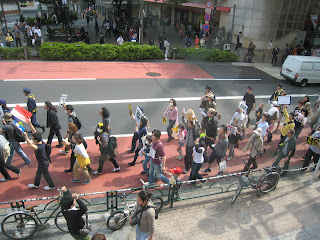 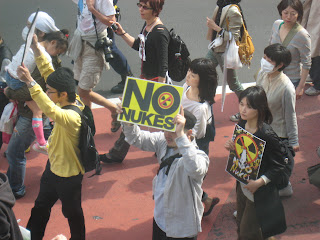 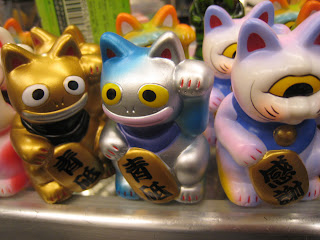 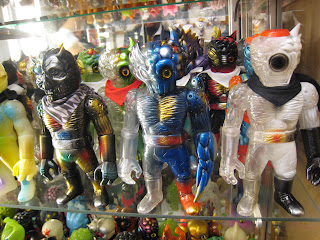 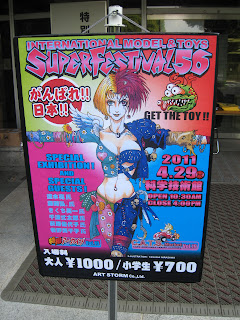 Today's Superfestival marked the first toy event of spring, and the first big event since the March 11 earthquake and tsunami. There were some new releases, but mostly today had a feeling of getting back on track and reconnecting, as many of us haven't seen each other since the disasters. The fans came out in huge droves, and by 11:30 some areas were packed wall to wall. And that's a very good thing, I think.

Been too long since I've reported on the happenings at Shinto Gangu! I actually stopped by the store a few days ago but it was closed. Lesson learned - check the RxH home page before heading over. :p

Today was a good day to visit the Gangu. I snapped some shots of recent releases and snapped up a few gorgeous toys. 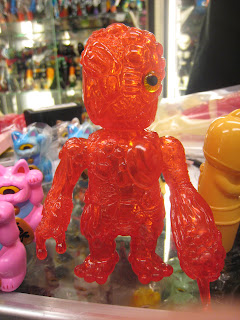 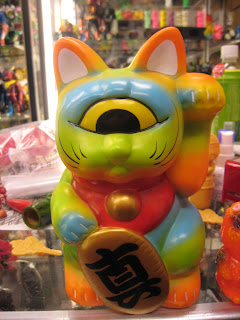 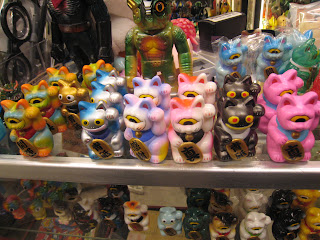 A while ago, I wrote a post about some of the best toy shops in Taipei. The post has tons of store details, directions, etc. Click here to check it out.

Recently, I had a chance to revisit most of those shops and shoot some pics, with a focus on their Japanese toy offerings. Here ya go: 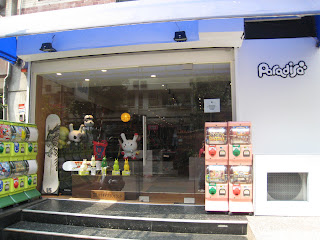 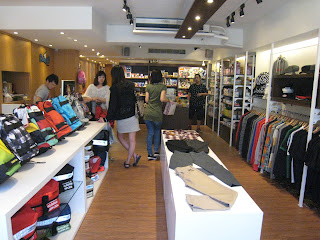 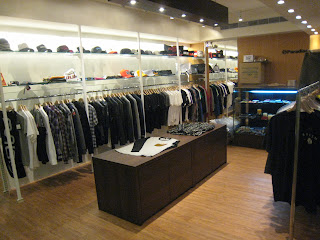 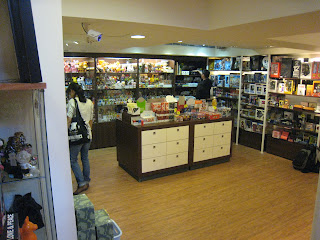 Toy Tokyo is one of the most stocked indy/designer toy stores on the East Coast. It has a bit of everything, from blind box figures to larger designer toys to Nintendo properties, plus a whole lot more. The location is also good, on 2nd ave in the East Village, not far from one of my favorite streets: St Mark's Place, where you can feast for a few dollars at Mamoun's Falafel, check out St Mark's Comics, and on and on.

I was at the shop to check out the Japanese toys, especially the sofubi. There's plenty of that, from many of our favorite companies. Without further blah blah, here's my photo shoot: 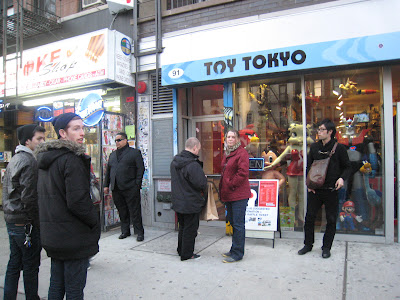 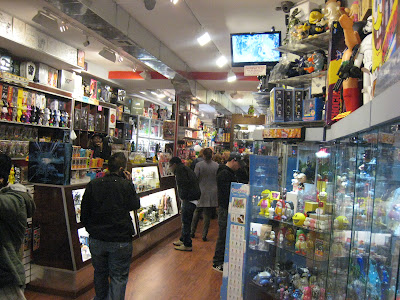 What haunts the Ghost Cave...

There's a darkness in New York - a peeling, tattooed underbelly that juts out like your fat uncle's gut after his fourth Thanksgiving helping. It's not a siren song or a pusher's come on, but a grimy outstretched hand that knows your hunger and has the vinyl to feed it...if you're willing to ink up and pay the price.

This is the world I was shown yesterday. I first heard about the Ghost Cave at the Toy Tokyo Benefit for Japan (speaking of which - bid high and bid often!!) So yeah, there I was at this feel good event thinking these Mishka guys were onto some next level shit that would ratchet up the game and lessez les bons temps roulez! Yeah, well, that's what I thought until I got obscure directions and an invite to visit the Ghost Cave.

So I went out there the next day in the middle of who the hell knows where. I was led into a back room where some seriously freaky shit was going down. They were mumbling about plans to release insane vinyl exclusives on an invite only basis, and to get through the door you have to let them tattoo you! I left thinking WTF? with little more than this video:

So we'll see what happens. Your guess is as good as mine! Just watch your pants... 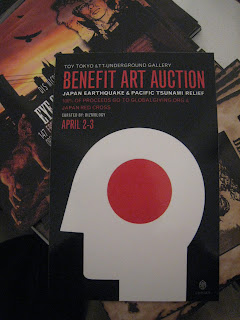 Tonight was the opening reception for an art show benefiting disaster relief efforts in Japan. The show is being hosted at the Toy Tokyo Underground Gallery, which is right next door to Toy Tokyo in New York. The pieces on display will be auctioned on Ebay (auction details below) on Monday, with 100% of proceeds going towards 3/11 earthquake and tsunami relief efforts. 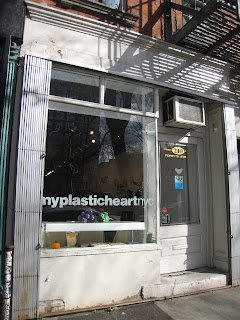 My Plastic Heart is a cool little toy store in Manhattan. They manage to pack quite a lot into the space, with a row of shelves and cabinets on the left side which are chock full of vinyl for sale, and shelving on the right side that often features pieces from the latest custom or art show.

The friendly staff are ready and willing to chat about toys and answer any questions. The shop primarily sells "Western vinyl," including blind box figures and other designer toys, but there's also some nice sofubi in tham thar cases, and that's what I wanted to shoot and share.

Here are some shots of the kaiju and other sofubi for sale at the shop: 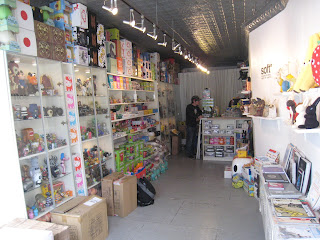 Unfortunately, Kaiju Korner will not be there to cover the event (which opens in just a couple of days!), but everyone in the area should definitely check it out.

Here is some box art and exclusive toys which will be featured at the event: 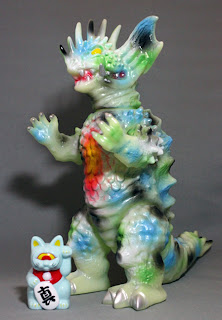 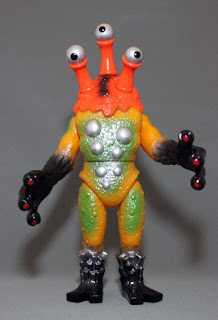