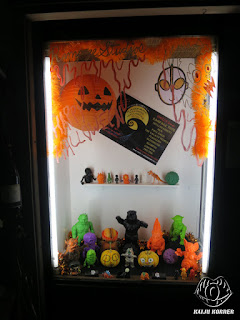 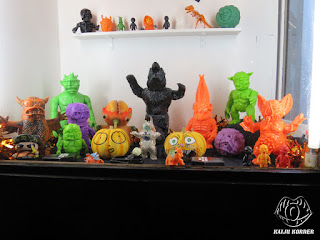 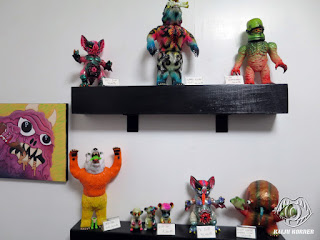 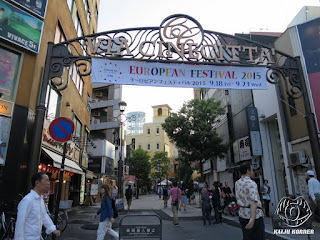 Every year in Kawasaki, a European Festival is held. There are antique dealers, food stalls, and even performance artists moving about. 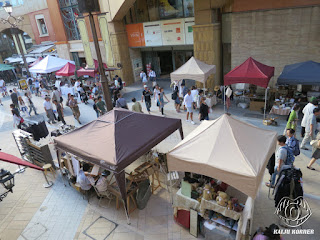 The festival is held in a shopping plaza called La Cittadella, and though I wouldn't call the event mind blowing, it's a fun away to spend an afternoon. Here are some pics I took: 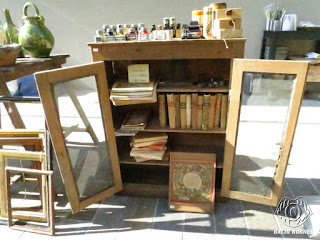 There were a few dozen dealers on hand, mostly selling European antiques. 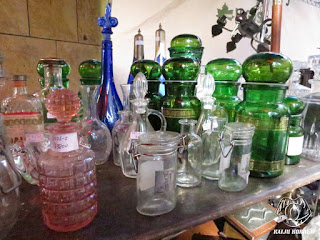 Email ThisBlogThis!Share to TwitterShare to FacebookShare to Pinterest
Labels: Antiques, Life in Japan 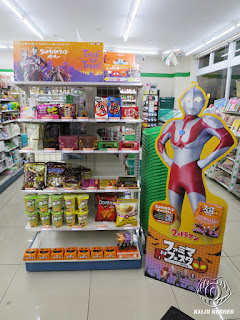 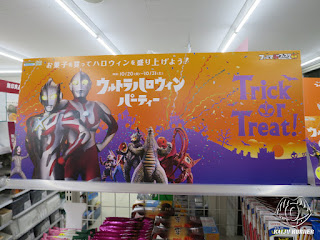 Anyway for a 10-day stretch, when you buy a couple of goodies at a Family Mart, you get a free Ultraman or kaiju sheet that you can punch out to make your own swingin' Ultra display! 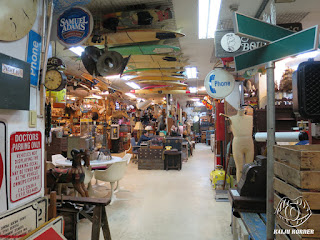 One of the best things that can happen to you in a new place is you can get lost. Or at least you can make your way through side streets and alleyways, following your wits and sense of direction instead of a dot on a screen. After all, when you get off the beaten path, you never know what you will find! 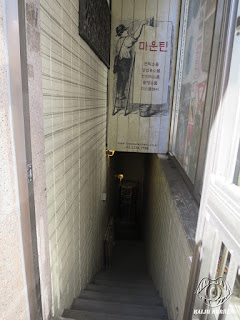 Recently in Seoul, I had such an experience while searching for the Hwanghok-dong flea market. I was walking down a riverside street that was lined with shops selling pipes and sink fittings, when I saw an unusual mural on the side of a building. Then I spotted a dark stairwell that could have been the portal to a furry love den for all I knew (which would have led to an entirely different blog post). 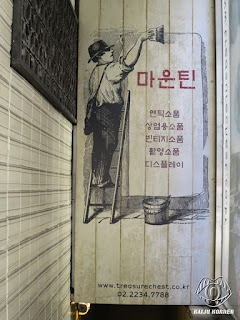 I took a closer look and noticed it was the entrance to an antique store. It was dimly lit, and I'm no fan of steep stairs, but I took a shot and headed down. And then - WOW!  I found myself inside the cavernous Treasure Chest. It was like going into the Tardis and losing your sense of space and time. Hands down, this unlikely space at the bottom of a dark stairwell is the best western antique shop I've seen in Asia. 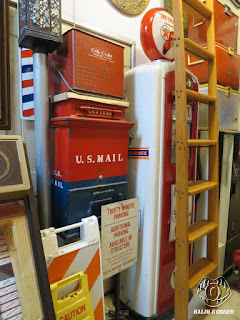 Admittedly, outside of vintage toys and collectibles, I'm not much of an antiquer. It's a hobby that calls for a different skill set and knowledge base. But though I may not collect old phones, helmets, and cameras, I can definitely appreciate them. The Treasure Chest was an exciting shop, so I took some shots to share. 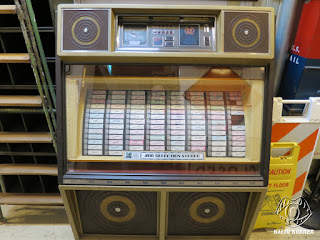 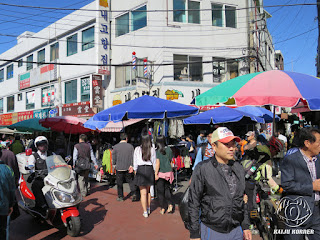 The Hwanghak-dong flea market, held most days in downtown Seoul, is a visceral, all-in experience. Frequented almost entirely by locals, it's one of those experiences that puts you right in the slipstream of a healthy, fully pumping cultural artery. It can get messy, but it's a whole lot of fun. 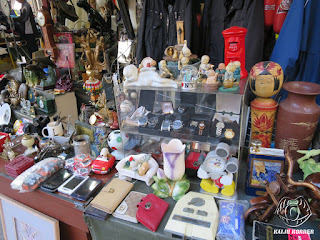 You can find all sorts of things at the market, which occupies a multi-block area just behind Dongmyo station. There are clothes, appliances, books, DVDs, toys, old military uniforms, dishes, and on and on. Whether or not you find something you need, it's a great way to spend a couple of hours. 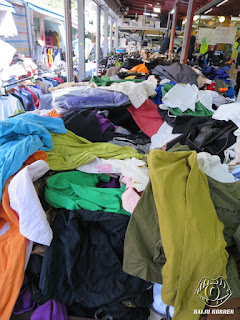 But be prepared to be elbowed or nudged aside, especially if you're competing for a fresh load of clothes that's been dumped. The place can look like a feeding frenzy!

Here are a bunch of photos I shot on a fine fall afternoon: 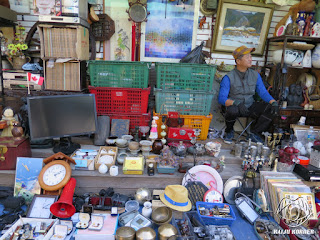