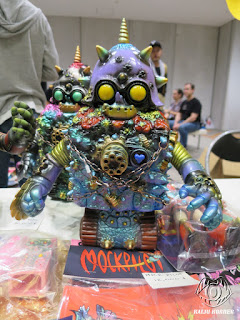 Here are some close up shots of Paul Kaiju's King Gobo. 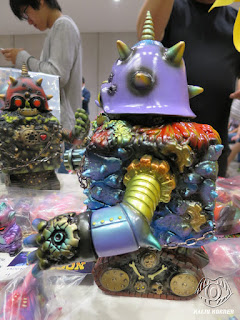 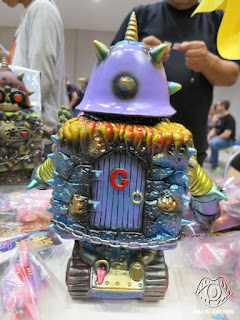 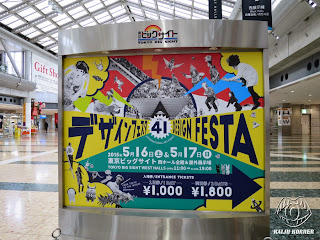 This weekend's Design Festa presented an interesting array of sights. There were quite a few indie toys, concentrated in a small number of booths and booth groupings.

We've seen this before, but the trend has accelerated. So, for instance, the Jungle booth led a long row of booths including many makers, especially from Osaka. Not far away, there was another row of booths containing OneUp, Max Toy, Blobpus (who shared a space with Paul Kaiju), etc. The Japanese makers in this group are all based in the Tokyo area. I suppose it makes sense that you're going to present alongside the people you see the most.
There was a lot of booth sharing, so much so that the small number of total tables belied the massive assortment of toys available. A few makers, including Undead Toys and Galaxy People, staked out their own spaces. Interestingly, I found their displays to be the most involved, with more work going into very well presented displays and toy arrangements. It makes sense that if you're the only toy maker in an area, you need to work harder to stand out. They did a great job.

Once again, besides vinyl toys, I made an effort to scope out toy and craft makers working in other materials. Often, Design Festa is their main chance to shine on the show circuit, and I wanted to both expand our horizons while giving them their due attention. This time, I came across some beautiful work done in wood, felt, found/mixed materials, and even balloons!
So, let's get on with the photos, with the makers arranged alphabetically. For the makers appearing on KK for the first time, I've listed their online homestead (which include many types of places these days, ranging from websites to blogs to tumblrs to Facebook pages) so you can learn more about them. OK, here we go.

Balloon Milk
More after the jump: 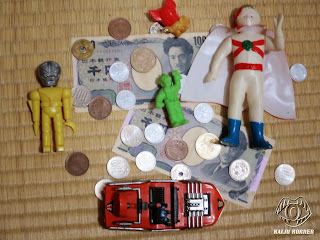 Collecting toys is expensive, so of course we always want to save money when possible. Shopping around for better prices and looking for sales are time-honored strategies. Then there's the issue of asking for discounts at stores. This is common throughout Asia, and a bit of haggling is also done in Western toy stores. So folks visiting Japan often walk into shops, place things on the counter and ask, "Can I get a discount?"

The question is innocent enough, but it might not get you the response you expected. Recently there have been some developments on this front, and I thought I'd share my experiences.

At big box stores (like Toys R Us) and other places selling new toys (like Yamashiroya), it's pretty clear that they won't give you a discount unless there's a sign posted or the figure is marked down on the package. Employees typically have zero ability to lower prices, and generally it's just not part of the retail store culture. Most people know that already, but in case you're wondering about Japan, the same holds true.

At shows, there's generally some room to get a better deal, and it's even anticipated that you'll bargain. I've seen both Japanese collectors and international visitors ask for lower prices. Sellers will often come down 10% (or maybe 20% if you're lucky), but I wouldn't push your luck beyond that.

Of course you can try the old "bundling" technique by adding things to the pile and throwing out a lump sum. But more often than not, the seller will add things up one by one, and then you're back at 10-20%. Still, the negotiating can be done with a smile, and it is part of the show culture. So that's a plus.

Then we get to the question of small shops selling used toys. It used to be that you could go to checkout, ask for a discount, and get a fairly standard 10% off. I don't know about other people, but I've noticed a pronounced change over the last year. More than one store has said something to the effect of, "Does Mandarake give discounts? No, they don't, and I don't either."

Now, I'm not sure if there was a toy store pow wow, or an influential article written, or what not, but hearing very similar things said in more than one shop makes me wonder whether the smaller shops have decided to band together and stick to a "no discount" policy.

I suspect part of it has to do with the record number of overseas visitors flooding Japanese toy shops. When you get dozens of discount requests every day, that must sting and make you a bit jaded - especially when it's increasingly difficult to restock shelves due to the shrinking number of people selling things to shops. (You can thank the Internet - and especially Yahoo Japan Auctions - for that.) Shops have a limited supply of the good stuff, so they're understandably reluctant to blow it out.

In case you're wondering about local etiquette, when Japanese shoppers go into small stores, they typically will not ask for a discount. I think that's important to point out. So when you're looking to save some yen, you are going against the grain and potentially risking offending the shop keeper.

Some shops continue to give deals, so if you want, you can still ask. But here is my best advice. If you really want to try for a better deal, just casually drop the question, "Can I get a discount?" Ask just once, smile, and pay close attention to the shop keeper's expression. If he/she smiles and says, "Maybe" or "Sometimes" or "A little," then that's a good sign. If the expression becomes serious, no matter what the person says, drop all talk of getting a bargain. Because even if you get 5% off, you may have offended the person. And that's not cool just to save a small amount, especially if you plan to go back to the shop.

I know it's tough to try to pick up subtle signs, but this is a culture where people do not always speak their minds. The unspoken word is sometimes the loudest. Then again, the person might just tell you straight up, "Do you get a discount at Mandarake? No, and you won't here either."

So have fun with your toy shopping, but try and be sensitive to the shifting landscape when it comes to discounts. Collectors want a good deal, but shop owners need to stay in business in a tough retail environment.

Has anyone had the experience of getting discounts at shops in Japan or other countries? (I'd love to hear about how things are elsewhere!) If so, drop a comment below, or head over to our Facebook page and join the discussion there. 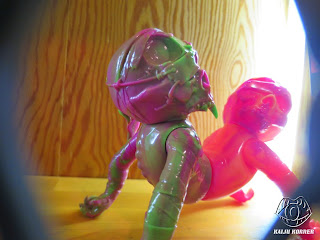 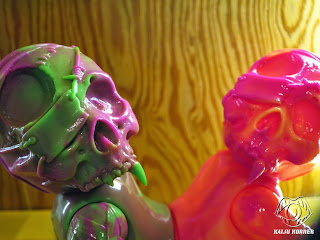 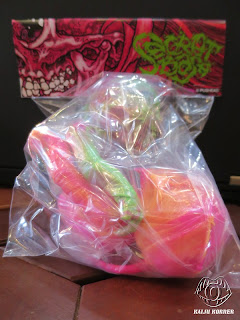 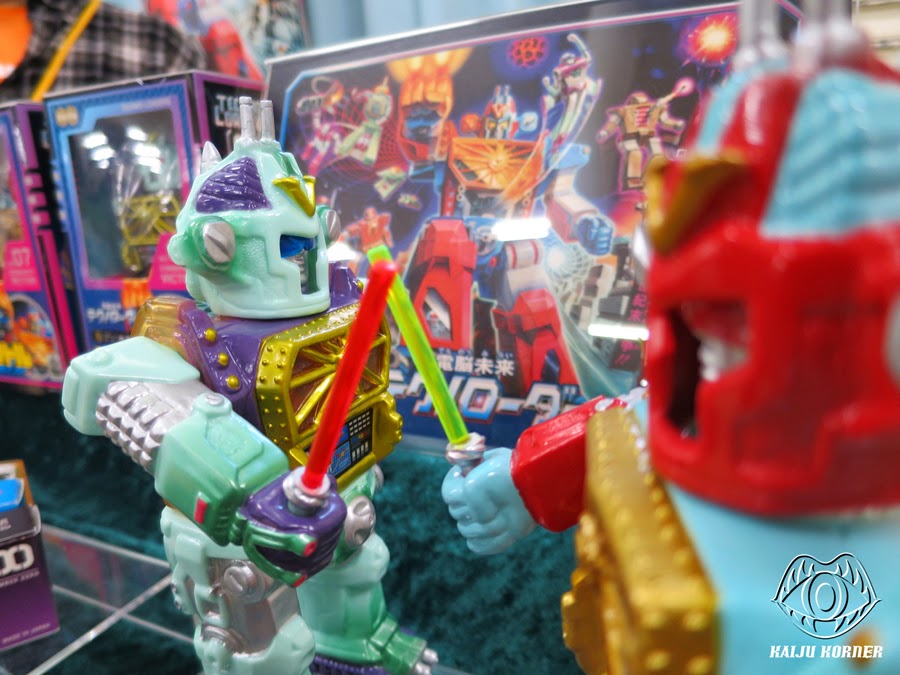 At the recent Super Festival 68, there was a lot of buzz about Ilu Ilu's new toy: Commander Victor in the Techno Loaders line. Ilu Ilu is a one-man show, with the design, execution, and packaging created and overseen by one person. That friendly fellow, Sakaguchi-san, graciously took time to show me the ins and outs of his new figure.

Here's a look at Commander Victor, its accessories, accompanying minis, and packaging.