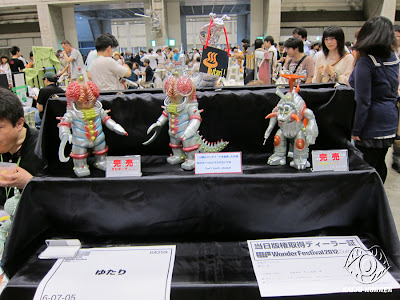 The quality level is so high as to rival many of the figures put out by large companies for widespread release. Pretty awesome aspect of the indie toy world, if you ask me.
Posted by andy b at 3:02 PM No comments:

Once again, Medicom had a nice booth at Wonder Festival, including a display of its recent and upcoming sofubi releases: 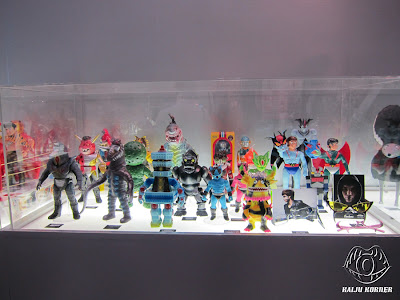 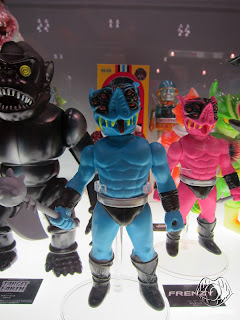 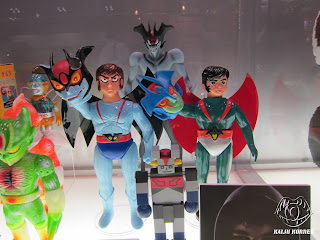 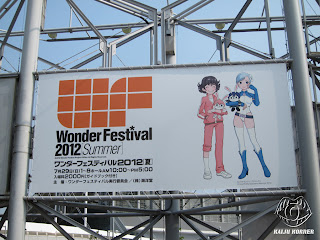 Today's Wonder Festival was amazing in so many ways - from the number of indy sofubi makers attending to the fantastic new versions of existing figures to the debuts and previews of a huge number of new toys.

I'll start in this post with an indy toy maker roundup, from A to Z: 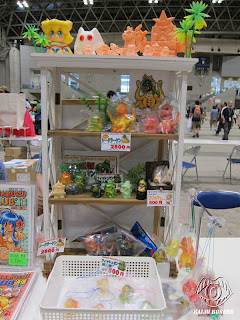 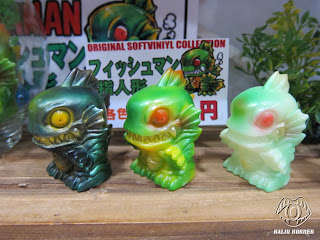 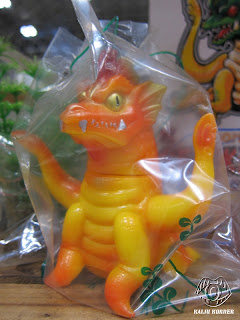 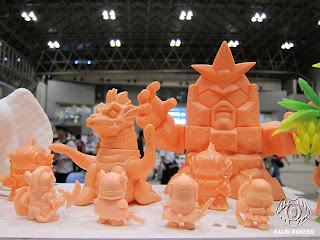 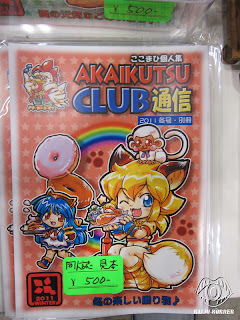 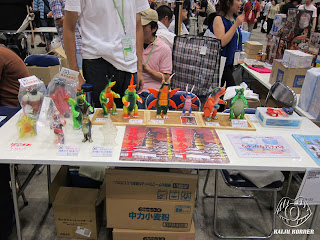 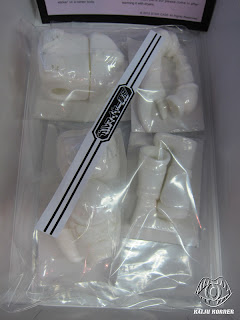 Here's the final batch of pics of Matt Doughty (Onell Design) original art pics. Once again, a big thanks to Matt for filling me in with the excellent descriptions of each piece.

Now that the dust from SDCC has (mostly) settled, I can get back to posting images I shot of original art by Matt Doughty. (Click here for my earlier post on Matt's art from 2004.)

New US Toys releases, slotted for release this Sunday at Wonder Festival, at booth 6-04-07.

Scott Wilkowski "Of All Ages" show at SDCC 2012 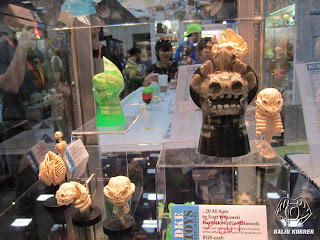 One of the most prominent displays at SDCC was a showcase at the DKE booth featuring resins by Scott Wilkowski. The Wisconsin-based sculptor has made a name for himself with his extremely intricate skeletons, which he houses within clear resin figures based on popular designer toys.

It's a pretty cool concept, but beyond that, it's extremely fine original work on the skeletons.

The releases at the show, entitled "Of All Ages," included Scott's take on David Horvath's Flatwoods Monster, Brandt Peters' Skelve, and so on. The figures were sold at various times during the con, though one of the releases was rescheduled for sale at a future date.

Here's a closer look at the display: 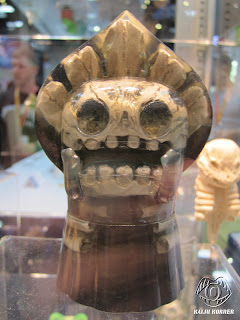 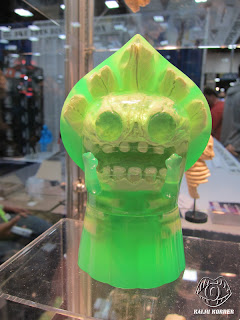 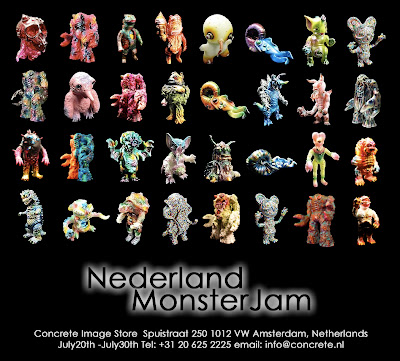 As we reported a few weeks back, a fantastic kaiju show for the Netherlands has long been in the works. The show. Nederland MonsterJam. opens today at the Concrete Image Store in Amsterdam and runs through July 30. (Click here for the store's exact location.)

This international kaijucopia contains 40 pieces from 15 artists, including:

Gummon Vinyl Labs sent over pupil popping pics of some the figures in the show:
More after the jump: 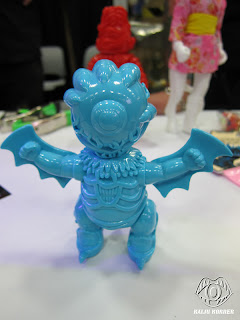 At SDCC 2012 L'Amour Supreme brought along a test shot of his new sofubi figure - Baby Huey, which was sculpted by Itokin Park. Here are detailed looks at a baby blue test pull: 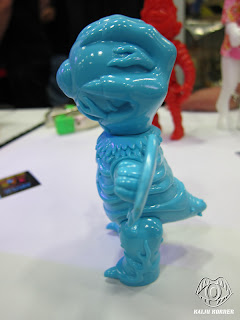 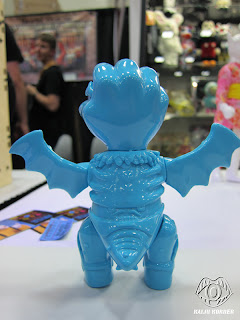 The DTA folks sent over an image (over on top left) and an announcement that KK is a finalist in the best blog category. Clicking on the image takes you to the page to vote for KK for best blog. I think you can vote once a day. Thanks for your support. :)
Posted by andy b at 12:20 AM 4 comments: 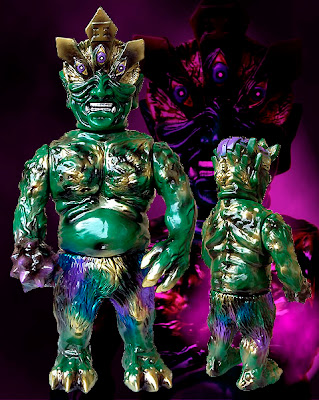 BLObPUS is selling a new Enma Ollie via pre-order. The figure is base green with some really wild gold, purple, blue, and black spray.

According to the details on his blog, Kaji-san is making these made to order. The price is 13,800 yen per figure + shipping. Payment can be made via Paypal.

The pre-order window closes on July 22, and payment is due July 27. The figures are scheduled to ship on September 7. Click here to get all the other ordering details on the BLObPUS blog. 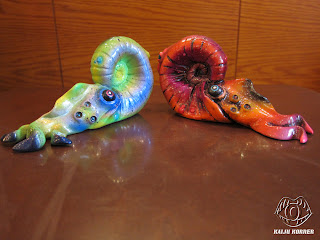 Todd Robertson is well-known for his amazing toy customs, especially his signature mecha virus treatments of figures, which range from the tiny to the gigantic. His work has been shown at events and in galleries from Boston to Tokyo and many places in between.

Todd's place in the indie toy world solidly established, he now brings us an original resin figure: Ammonaito. This one-piece toy has a lot going for it, and I'm thrilled to have not one, but two Ammonaitos to show you.

This time, I did the shoot indoors. Let's start by looking at each figure, and then we'll look at some side by side shots:

Lots more pics from the event: 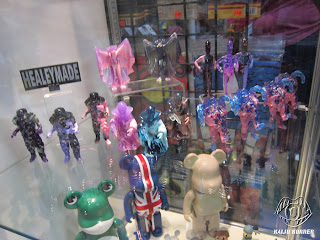