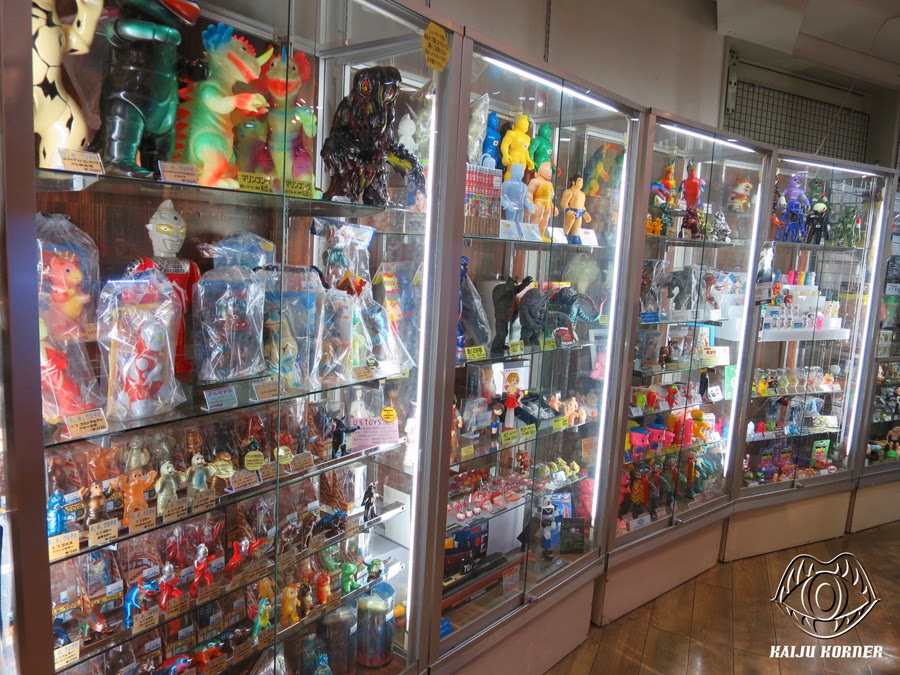 Over the last few years, Yamashiroya, one of Tokyo's most well known toy shops, has built up an impressive selection of indie toys. On the 5th floor of the Ueno-based building, you can find figures from the likes of Shikaruna, Medicom, Sunguts, and Five Star Toys, as well as offerings from newer outfits like Dune. They even have a number of releases which are exclusive to the store.

Here's a look at the current indie toy selection: 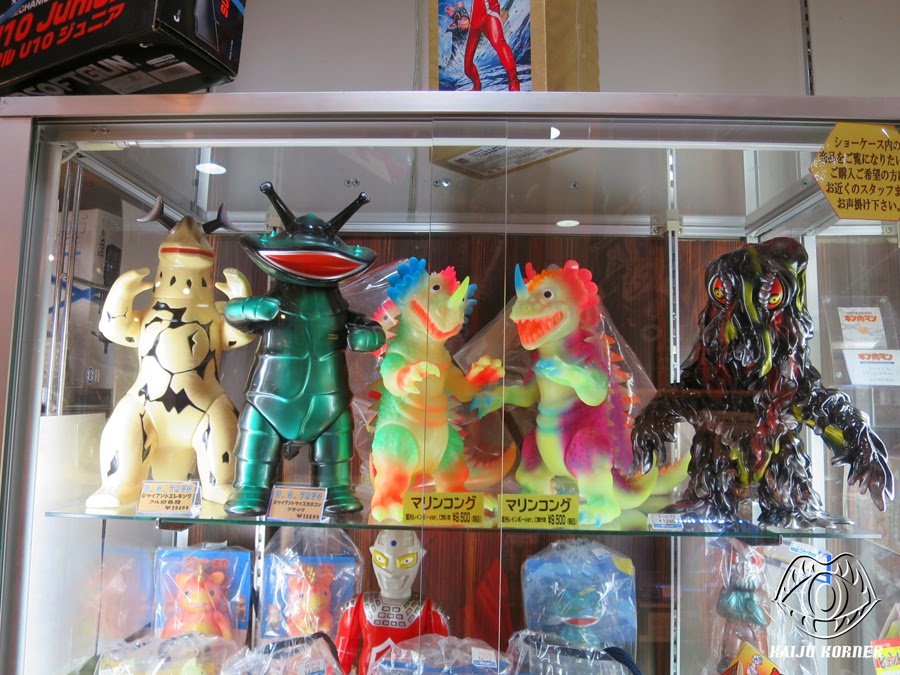 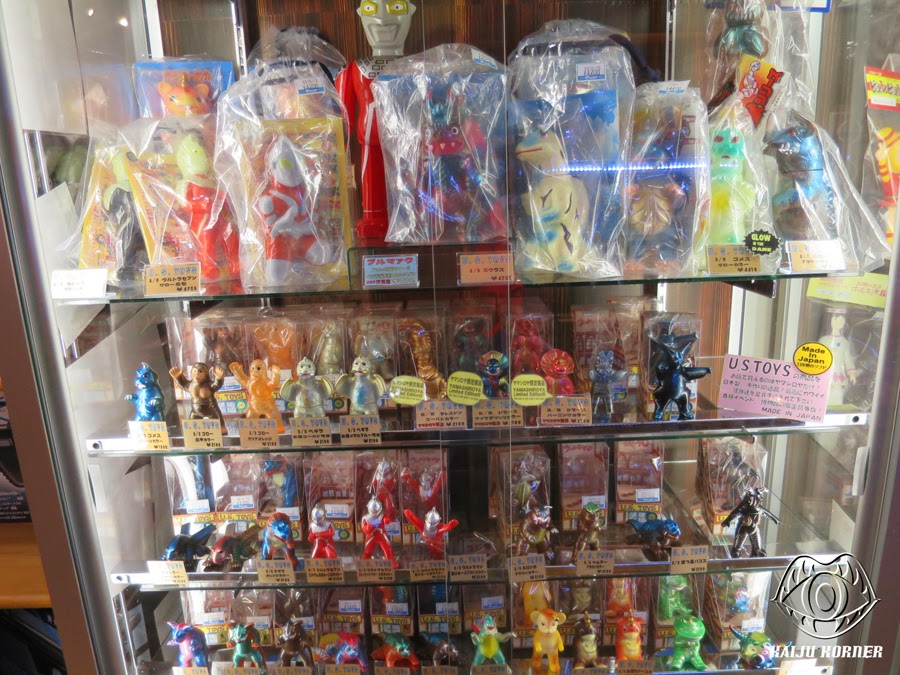 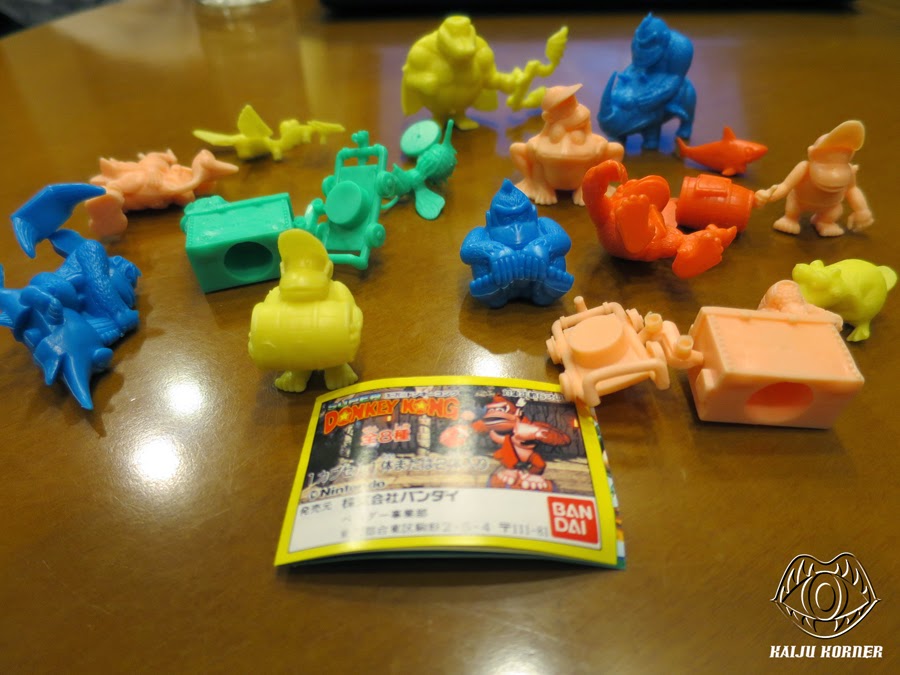 In the 1970s - perhaps the Golden Age of Japanese toys - sofubi, chogokin, jumbos, and many other toys reigned the toy world. The 1980s saw the growth of another toy type: rubber eraser (aka keshi gomu) toys. The technique wasn't invented in the 80s, and there were certainly keshi toys before then, but the 80s were the heyday, when Kinnikuman figures (which became M.U.S.C.L.E. toys in the USA) and many series based on licensed properties were produced.

Bandai led the way, both with Kinkeshi (Kinnikuman + keshi gomu = Kinkeshi) and other lines based on Mario Bros, Kamen Rider, Makaimura, Zelda, and many more, including Nintendo's Donkey Kong.

There were 2 Donkey Kong keshi sets (that I'm familiar with). The one shown here was released in 1994. The 16 figures were sold in gachapon machines, with two figures per gacha. So it was a relatively small set. Here's a look at the figures in the set:

Video I shot today in Tokyo. 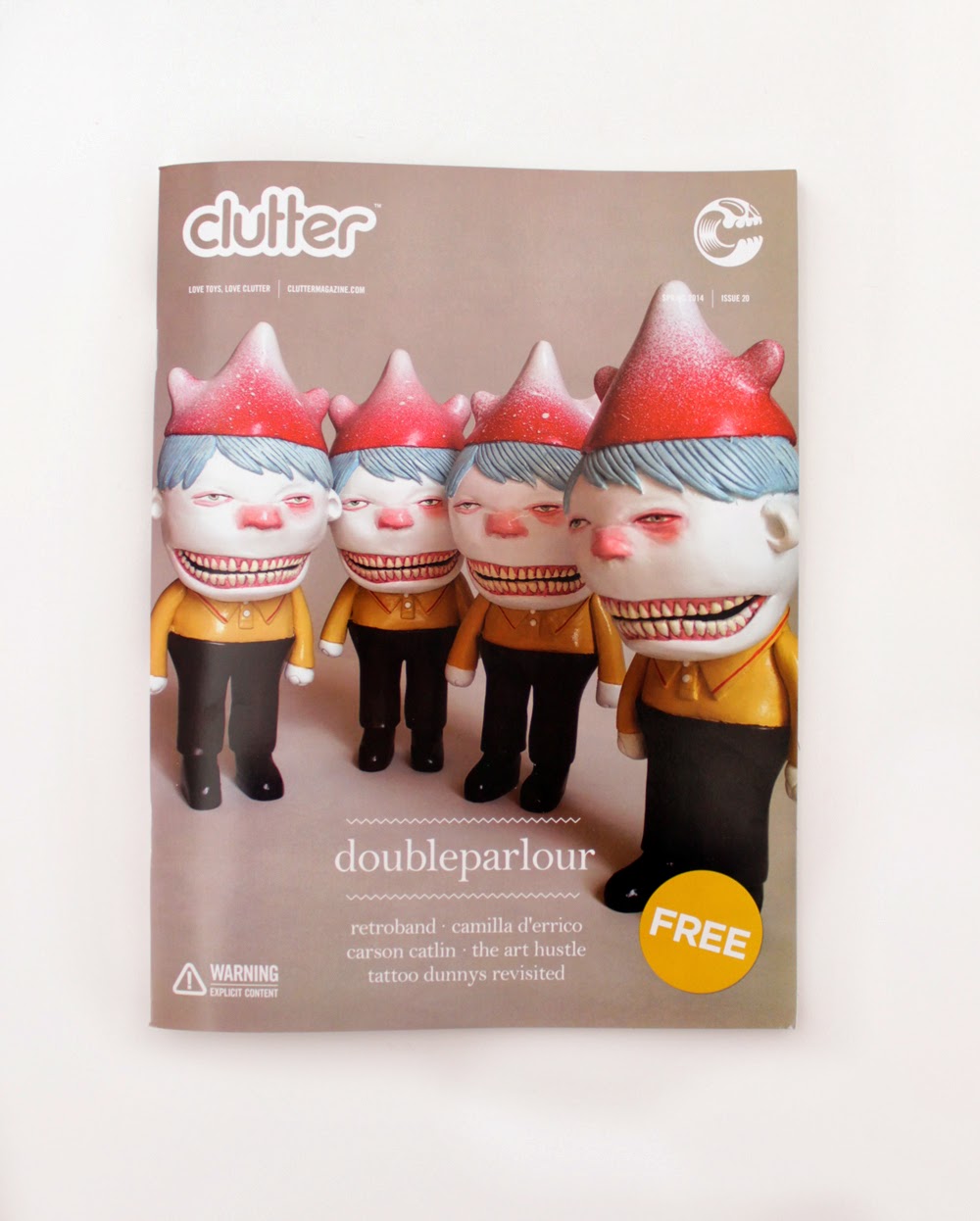 Right on schedule, Clutter #20 has hit the stands. The issue contains my piece on Splurrt, the bulk of which is a lengthy interview I conducted with Joe Merrill. Joe and I put a lot of work into the interview, both before, during, and after, so please check it out.

The issue is free (with a nominal shipping fee), and you can get your copy here.

In this video, I review several Splurrt customs, while taking a look at a number of Splurrt resin and sofubi toys from over the years.  Make sure to check out my interview with Joe Merrill of Splurrt in the upcoming issue of Clutter Magazine.

KK Book Reviews - GI Joe: The Story Behind The Legend 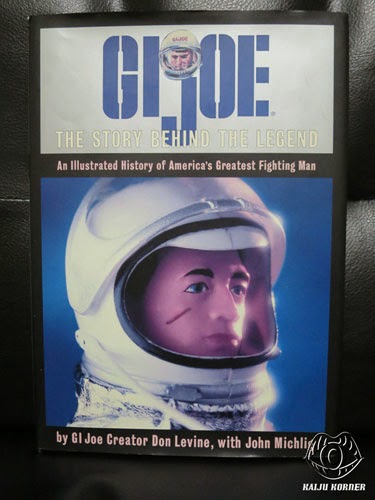 GI Joe is probably the most iconic toy of the last 50 years. And it has stood the test of time, morphing from a heroic grunt in the 60s to a brass adventurer in the 70s to a cartoon driven 4” action figure in the 80s.

To most of us, the original 12” figure is, well, just a legend – something we’ve seen in photos or maybe at a toy show, but don’t know too much about. And yet every great toy has a great story behind it – the why’s and how’s of its development, the people behind it, and the design and production process.

That’s where books like GI Joe: The Story Behind the Legend come in. This is not a new book – it was published by Chronicle Books back in 1996. But that doesn’t matter. The original events all took place in the early 1960s, so this account doesn’t feel dated, even nearly 20 years after publication. I have to say, the book is flat out fascinating. If you’re a GI Joe fan or are interested in toy history, action figures, toy development, or just plain amazing stories about a year-long team effort to make something great, then you might want to check it out. 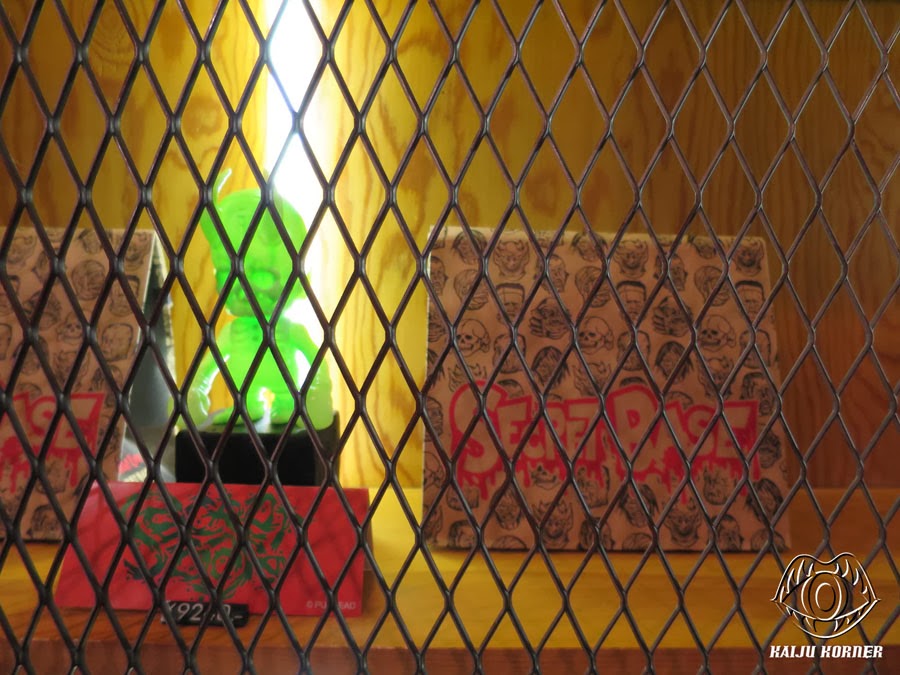 Today at Secret Base, new Pushead GID marbled Skull Hevis were released blind bag style. Bags were taped with what looks like black duct tape. As it turns out, there was not one, but two different Hevis released, and each bag contained one figure.

First let's look at pics of the display figure - GID base with green marbling: 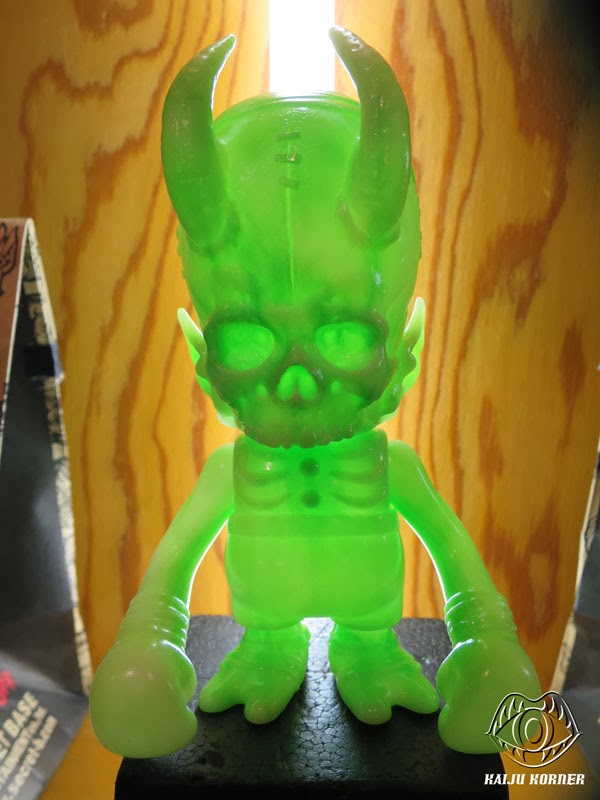 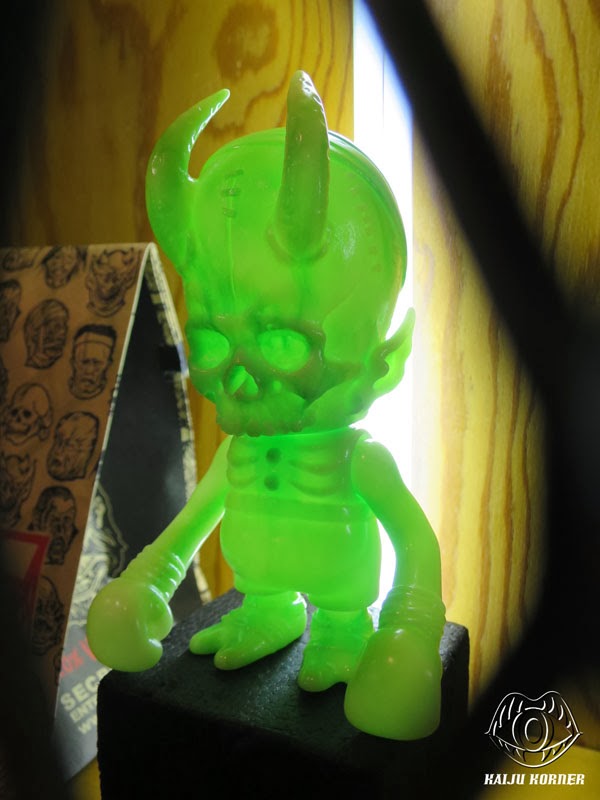 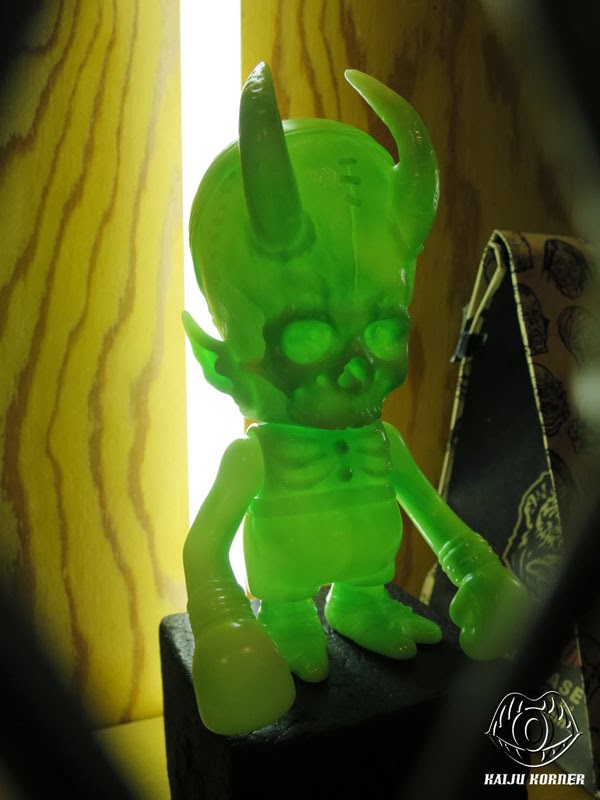 Fortunately I had a chance later on to snap pics of each of the figures bagged. Much obliged to the fellow who let me photograph his figure: