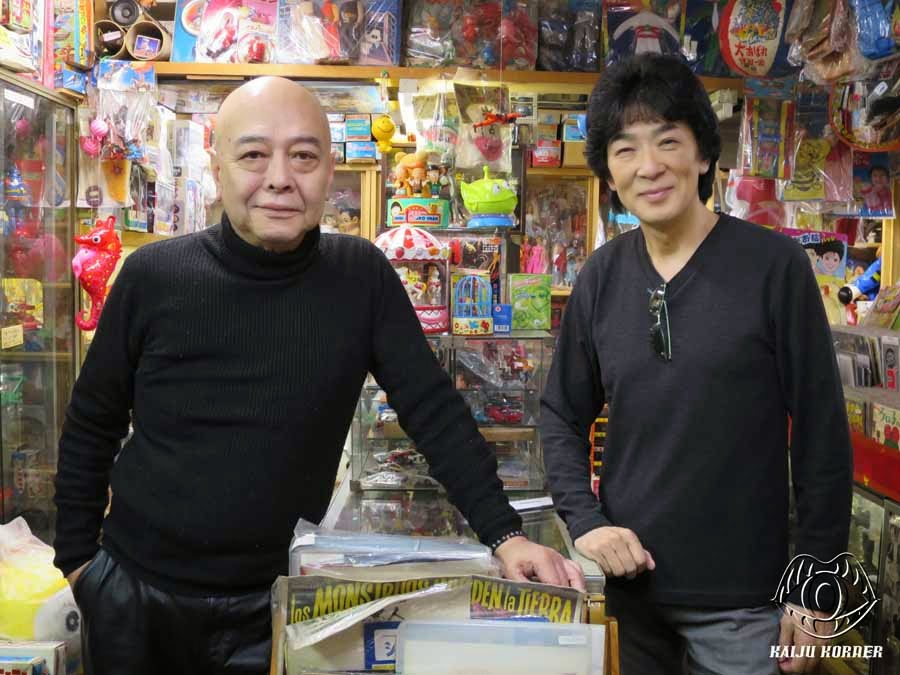 You never know who you're going to run into in Tokyo. Today, after hanging out at my favorite Koenji izakaya (kind of like a bar/restaurant) with good kimchi, edamame, and 190 yen draft beer (oh, yeah, you read that right), I wandered over to Godzilla-ya, one of my favorite toy shops.

And who did I happen to run into but two famous tokusatsu actors: Mr. Sasaki Takeshi (above photo - on the left) who played Kamen Rider 2 in the original 1971-73 series and Mr. Takasugi Shunsuke (on the right) who starred as Kamen Rider Super-1, the franchise's seventh series which ran from 1980-81. They were hanging out, chatting, and checking out the shop.

Takasugi-san and I got to chatting, and I asked if he had a lot of Kamen Rider toys. Turns out he has a lot of Super-1 figures, since he gets them when they come out. Must be pretty cool to have a bunch of figures of yourself!

Oh, and I found out Sasaki-san owns a bar called バッタ もん (Bata Mon). "Bata" means "locust." As I learned today, whereas in the West, the locust carries a widely negative connotation (plague of locusts and all that), the insect isn't viewed so negatively in Japan. Did not know that. 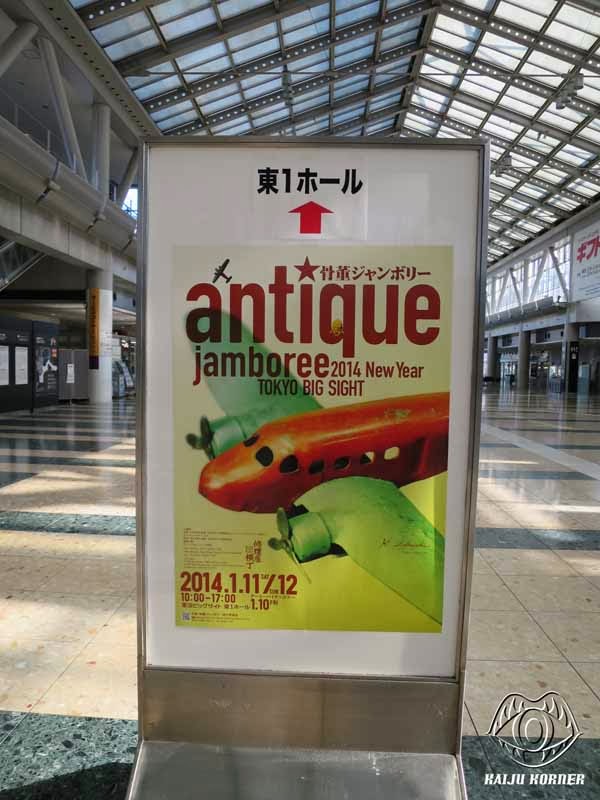 Tokyo has a large and thriving antique scene, with shows held just about every month. There are street sales, flea markets, and large shows held at event halls. Antique Jamboree is one of the better known shows, and it's held at Tokyo's Big Sight.

Dealers have everything from vintage phonographs to antique furniture to glassware, fabric, dolls, celluloid figures, and other toys. This was my first time attending the show, and I had a good time checking out the booths and snapping shots. Here are some pics. 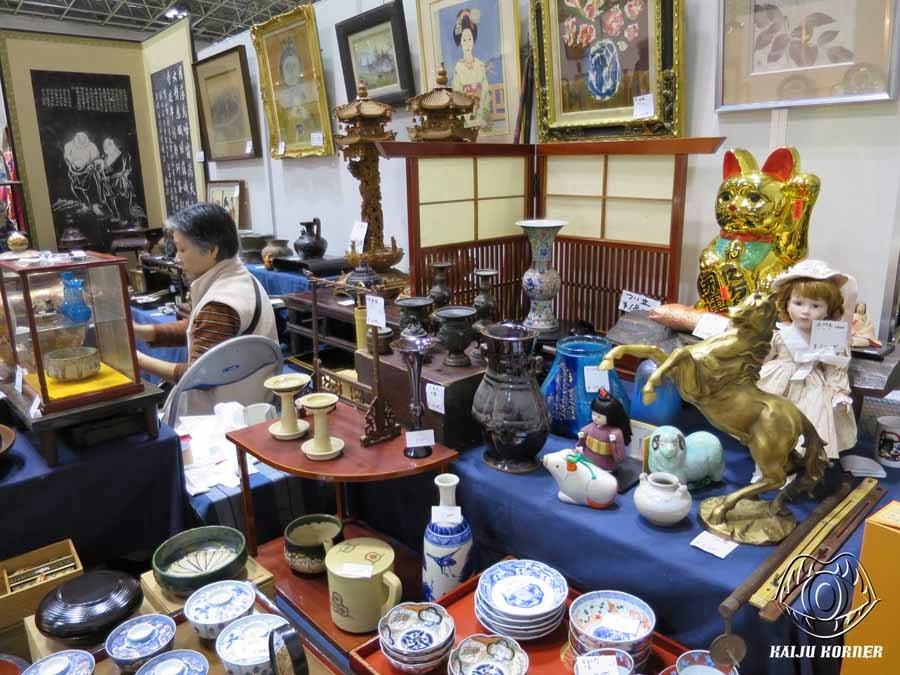 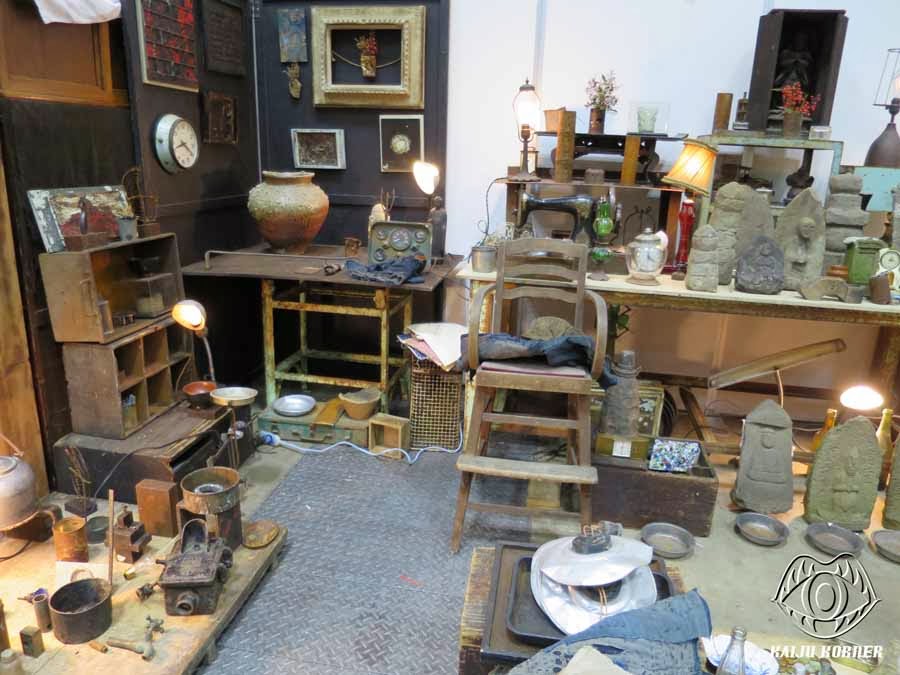 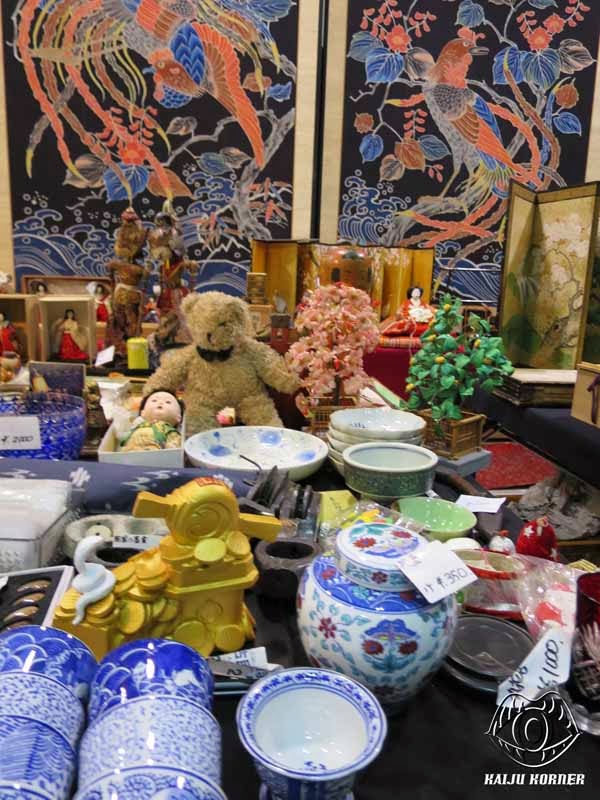 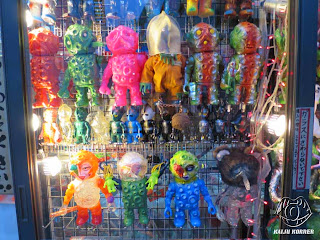 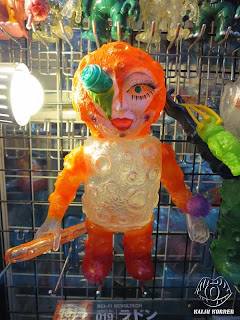 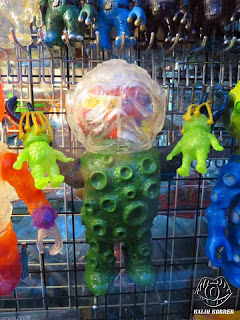 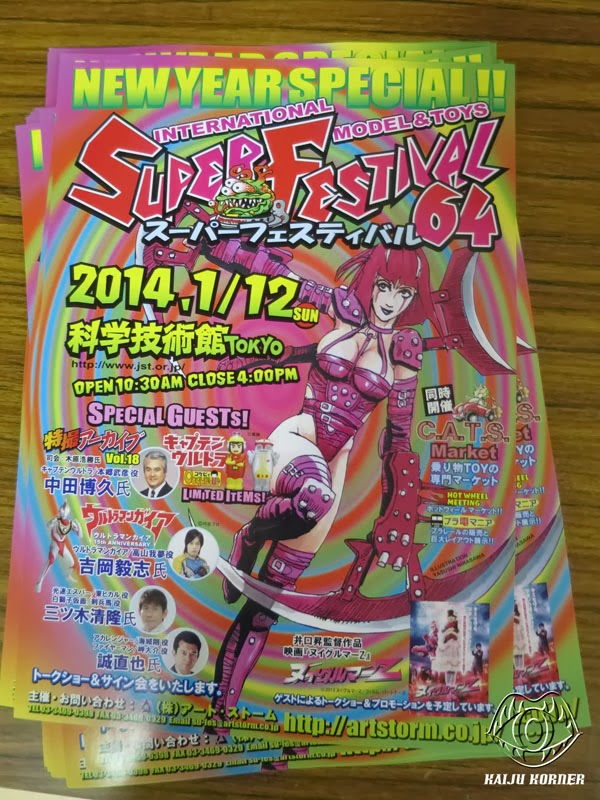 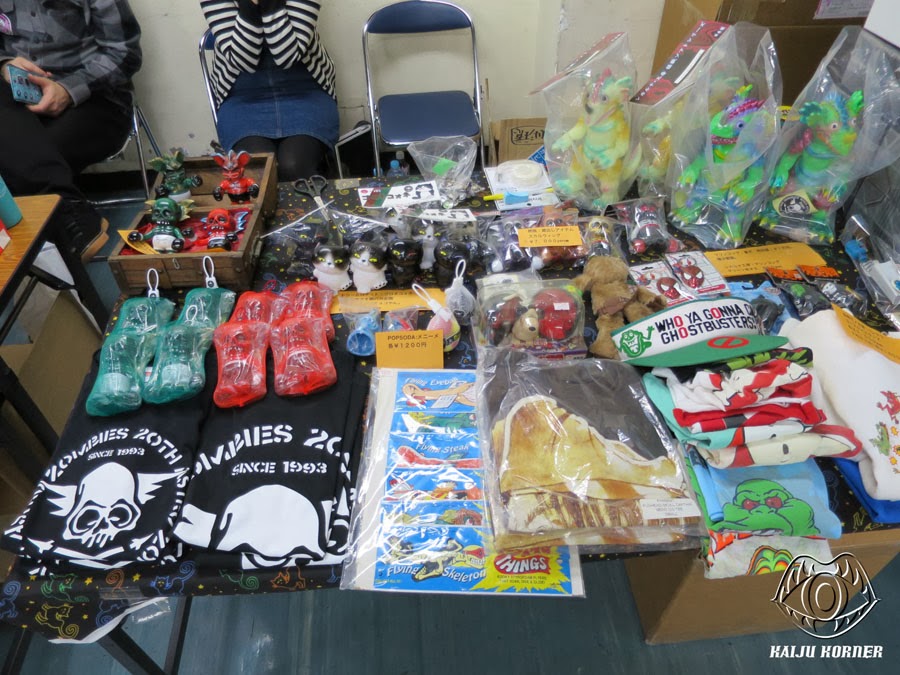 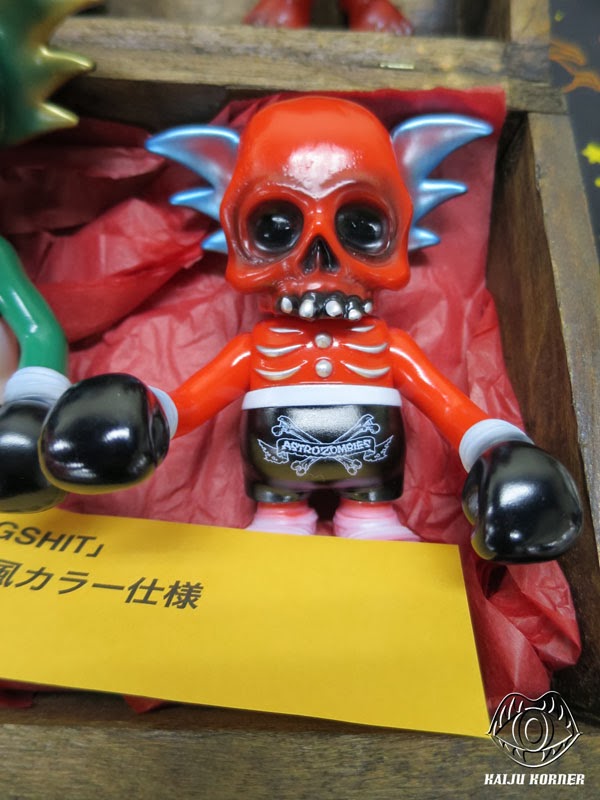 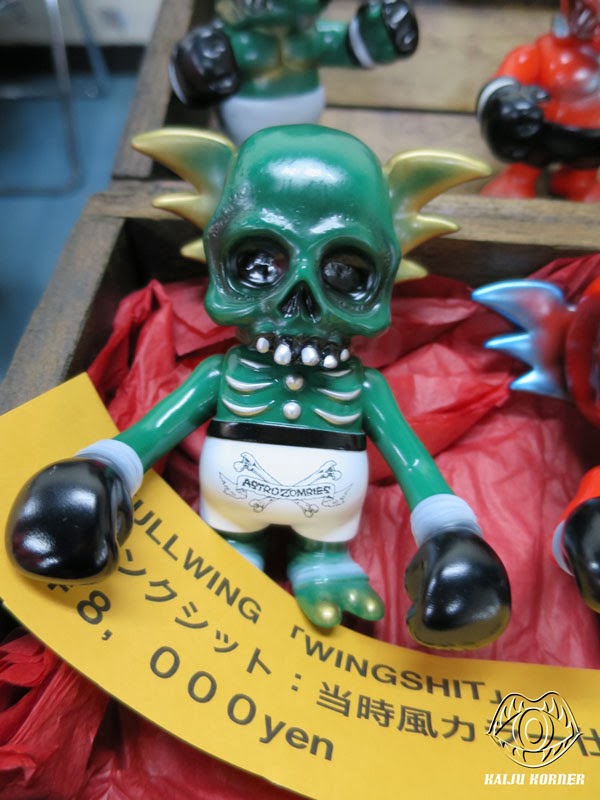 About 140 pics after the jump: 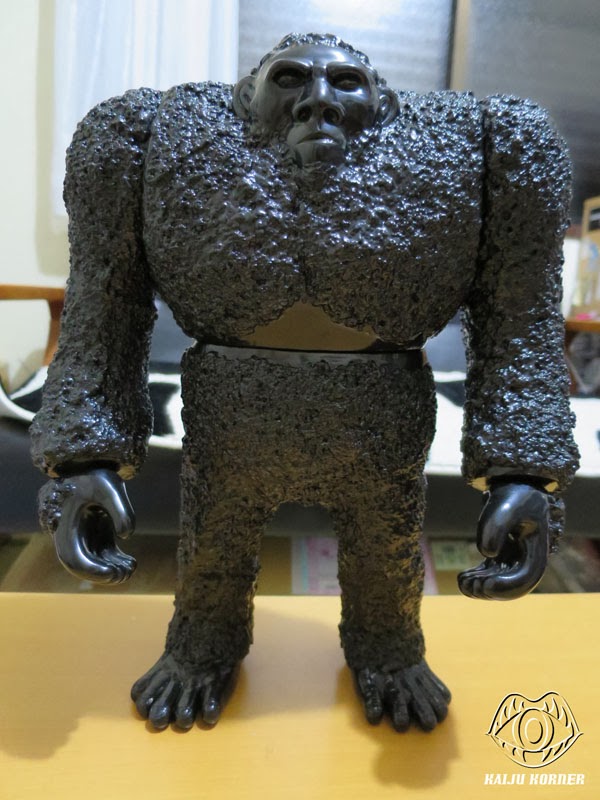 Jyujin is a huge figure designed by GEEK! and produced by Medicom. The figure was shown at some Medicom exhibitions last year, and then we started seeing releases, at places like the Summer 2013 Wonder Festival, Medicom, and TAG. 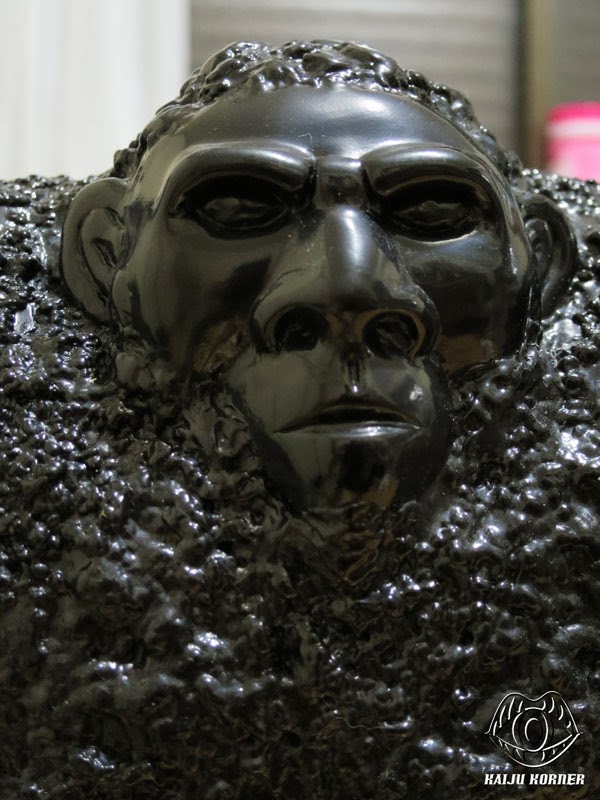 The 12" behemoth is imposing, but it also has a thoughtful, brooding expression which adds to the character.

Here's my video review of Jyujin, with some other figures brought in for size comparison. 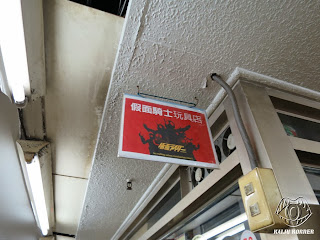 Kamen Rider is an old school toy shop in Taipei with tons of stock and a friendly owner. They have a nice selection of modern + vintage toys. I visited the other day for the first time, and here are some pics and a video from my visit. 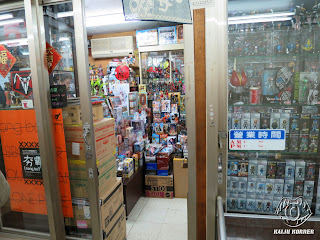 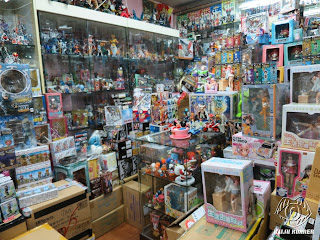 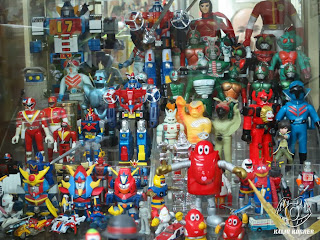