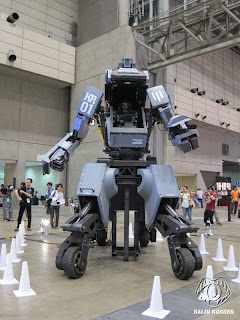 When you were growing up, or as you were eating Cheerios this morning, did you watch any anime where men and women commanded awesome mechas as they engaged in battle in the cold, hot lead filled vacuum of space? Have you, like millions of others, ever dreamed of piloting a robot yourself? Do you have $1.4 million in loose change under your sofa cushions?

If you answered YES to any of these questions (including the one about having a bajillion benjamins to spare) then you can at long last realize your dream of owning, piloting, and driving a real-life, functioning mecha. And yes, you can custom-fit it to shoot nerf pellets at those pesky Duke boys. 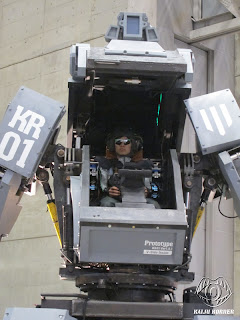 At the 2012 Summer Wonder Festival, Suidobashi Heavy Industries (SHI) showed off one of the most impressive things to grace the event's hallowed halls. On hand was a functional sample of Kuratas, a mecha on four wheels that not only turns,  moves, and pivots, but which can actually be driven down the street (though who knows what permits that would require). 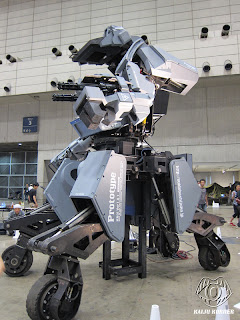 From all appearances, this looks like the real deal. SHI's website is impressive, and a huge amount of effort seems to have gone into building and marketing these mechas. But let's face it, even if it were just a massive promotional effort, it would be one for the ages. 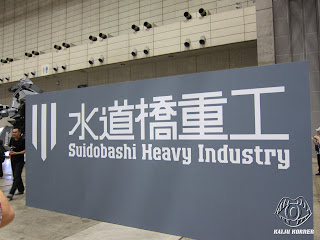 More after the jump:
Some more looks at Kuratas: 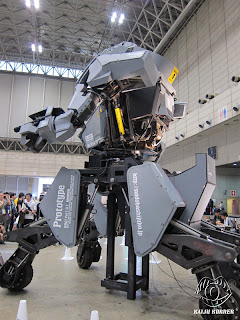 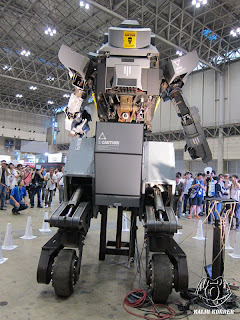 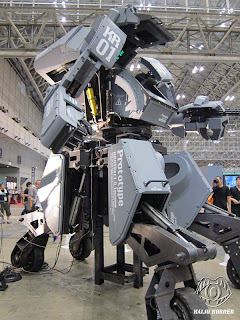 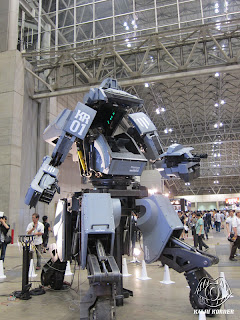 Here the pilot exits the vehicle. It's kind of cool to watch it happen in real life. So post-post anime. 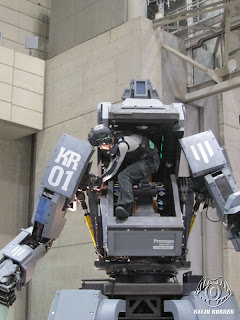 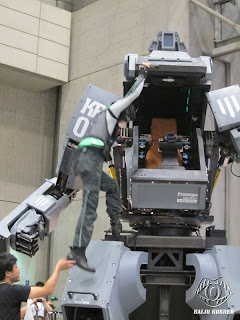 On hand was also a giant video screen looping a video about Kuratas. Here are some stills followed by the full video, from SHI's YouTube channel. 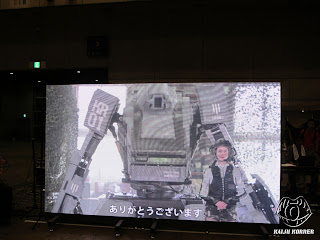 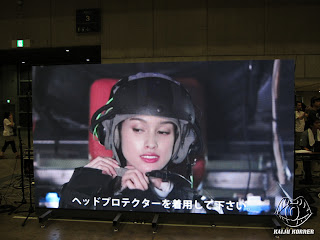 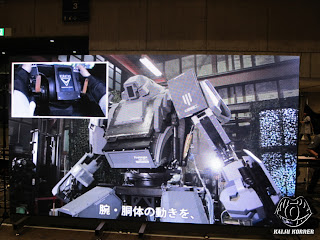 At Wonder Festival, SHI also had a bunch of small models on hand, showing Kuratas in different builds and color schemes. 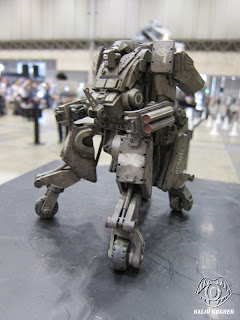 Speaking of which, on their site you can customize your mecha just the way you want it. They conveniently tally up the total for you, so whether you add a drink holder ($100) or a Lohas Launcher ($100,000), you can know in real time how much the Kuratas will run. 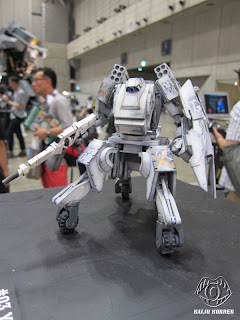 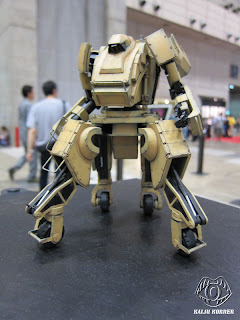 At WF, SHI also had a couple of computers on hand so you could curate your dream Kuratas on the spot. 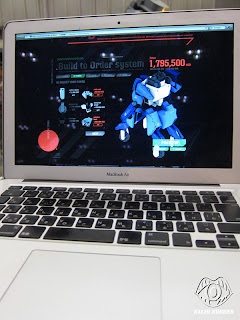 After a long day covering all the releases and previews in WF's two other hanger-sized halls, it was pretty mind-blowing to walk into the third (and similarly massive) exhibit hall and see something like this. There are some folks who spend hours in the area, since the hall also has concerts, talk shows, and all kinds of exhibits going on - not to mention super-cool piloted mechas.

It's amazing how much they pack into the glorious 7 hours that is Wonder Festival.
Posted by andy b at 12:44 AM