Here are pics of a prototype sculpt of an upcoming sofubi figure by Galaxy Monkeys. (Twitters: @Eduardo_is_me + @JennaRambles) The figure, called Monkeynaut, stands at about 6.5" tall. 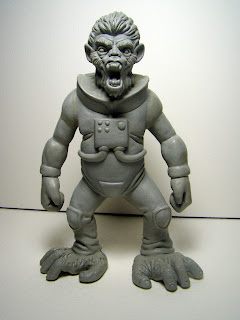 Monkeynaut will have four parts and will be articulated at the arms and hip. 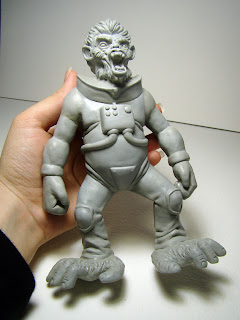 Monkeynaut will retail for around $65-$75. The debut releases are slated for November 3 at Designer Con. They'll include a short run of painted figures and a small number of black and GID blanks.
Posted by andy b at 1:45 AM