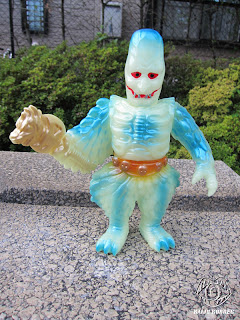 Since I had a fun time writing up the vintage Popy Robo Hacchan figures the other week, I thought I'd carry on the vintage series with a look at Daimon. The figure, which stands at about 8" tall, was made by M1go in 1991 - so it's not too old.

Daimon is a character from a movie called Yokai Monsters: Spook Warfare. Released in 1968 by Daiei Studio, the film was the first in a trilogy. Each of the movies features tons of yokai, demons, and other creatures from Japanese folklore. 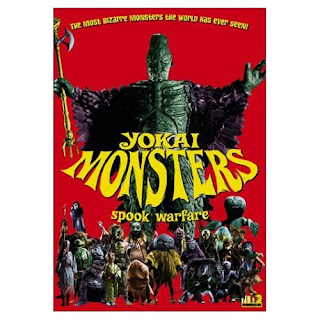 In Spook Warfare, Daimon is the villain, a ruthless vampire released from his 4,000 year sleep by tomb raiders in Babylonia. Daimon makes his way to Japan, where the bulk of the story takes place. It's up to a brave Kappa and many other yokai to challenge the shape shifting, self-cloning, blood drinking Daimon.

I picked up one of the Daimon sofubi figures at Gateway. It's really well designed, sculpted, and executed.
A closer look at the figure:
More after the jump: 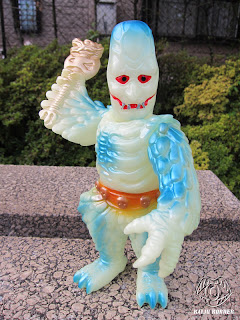 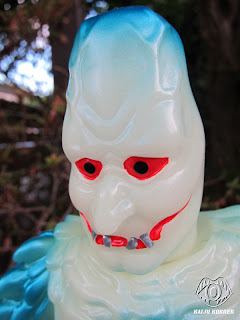 All three films in the Yokai Monsters series are available at a low price on Amazon, with subtitles to boot. 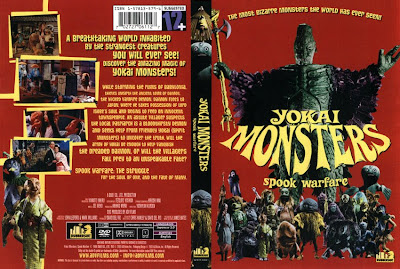 Click here to go to the Amazon page for Spook Warfare.

And here's the film's trailer: