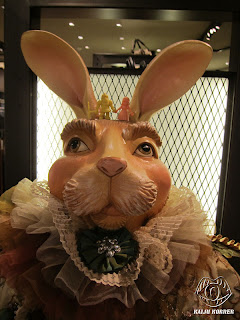 I finally tracked down a complete Makaimura keshi set, which was put out by Bandai around 1986. Today, during a lazy afternoon in Shibuya, Tokyo, I snapped some pics, since I think it will be a cool reference for folks into keshi and/or Makaimura and/or creepy photos of toys perched on giant rabbit mannequins.

The Makaimura keshi were released in two ways. As I've been told, most were sold in gacha machines. You got 3 figures in each capsule, and it cost 100 yen per turn of the magic wheel.

The other selling method was in tiny boxes (with three figures per box), but I believe that release style was less common, and based on images I've seen in a sort of catalogue (which I haven't been able to photograph though I want to) you could get the same variety of color types in the boxes except one (green, I think, was the missing one).


Here are some individual figure shots: 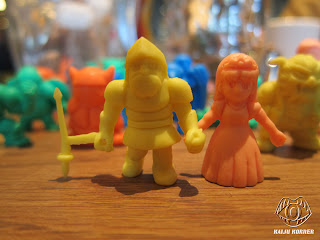 Have a great rest of the weekend!
Posted by andy b at 1:29 AM