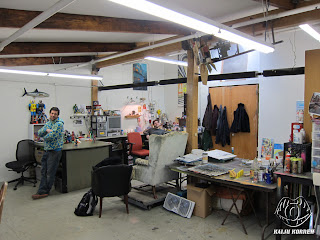 There's some amazing creating going on in Boston. In fact, the whole region is a fast-growing nexus of toy making, worked in sofubi, resin, metal, and other materials. You've got new figures, customs, mashups, and new creations that I'm not sure we even have words for yet. And it's all awesome.

Down in South Boston, Todd Robertson and Will Long share a space where they work on all kinds of incredible figures, paintings, and other art. Yesterday, I visited them and took some snaps.

Their space is in an old rum distillery, which has been converted to a bunch of loft-type spaces that are rented out to artists and other creative types. First up, let's look at Will's stuff. He's kind of a newcomer on the indy toy scene, and his background is in fine art. Will brings a really fresh aesthetic sensibility with an incredible eye for detail. 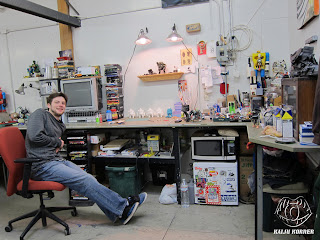 
Now let's check out some of Todd's work. I've covered his customs a few times on KK. (Check out the tag list on the left side of the blog.)

Super excited to able to share pics of some of the materials Todd works with: 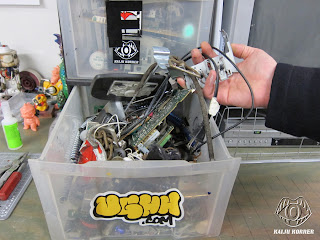 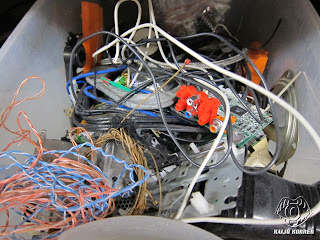 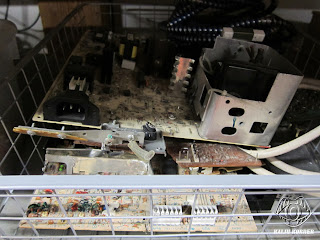 Next here are shots of some of the equipment + work spaces in the studio: 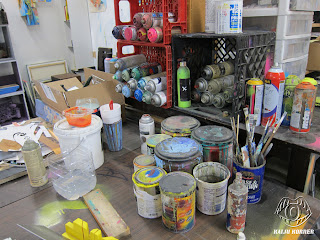 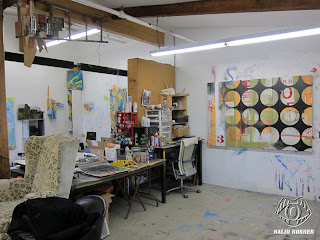 Finally here's a shot of some of the toys they're both working on. 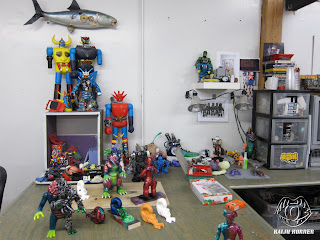 I'll cover them in more detail, including new resins by Todd + Will, a bit down the line when I preview the upcoming Bits show, which will include work by Todd, Will, and Bob Conge.
Posted by andy b at 4:11 AM