As part of my travels through the Northeast, I was lucky to have the chance to visit my buddy Matt Doughty, the mastermind behind the Glyos system and Onell Design.

In addition to being a fascinating person with an amazing grasp of the continuity (and concentric circles) of indy and mainstream toys, Matt's a prolific artist, designer, and toy maker. I was thrilled to meet with him and see where the magic happens. Here's a look at the coordinated chaos of The Attic. 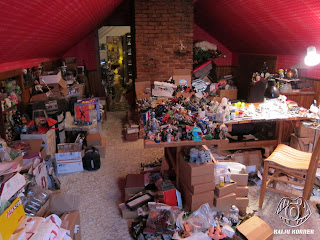 Matt's workspace is on the second floor of his home, and it runs the length of the structure, which is quite interesting. So you have three rooms subdivided by open entrance-ways linking everything together. Even his studio is Glyos-like!

The first impression one gets (besides the tremendous smell of action figures, which is the toy world sensory equivalent of being inside a Tibetan Buddhist temple), is that the place is simply covered with toys. There are action figures and vehicles everywhere...boxed, carded, loose, piled, strewn, and scattered. But there's a real beauty to it all, and it's certainly an endless source of inspiration.

Here are some looks: 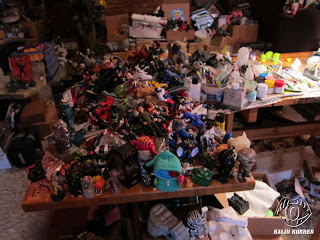 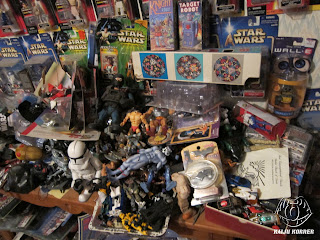 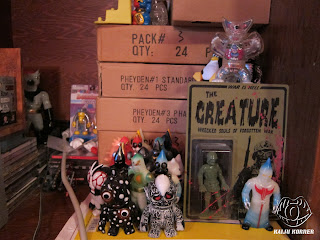 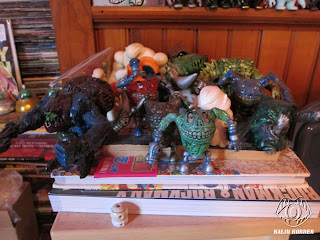 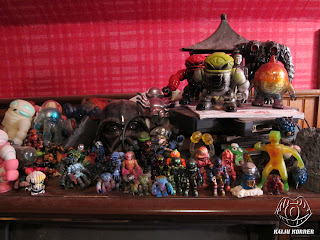 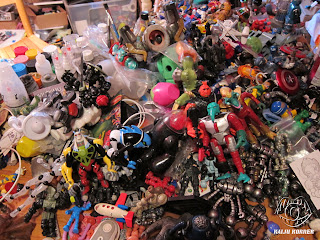 Of course, the studio is also filled with Matt's toys + collabs: 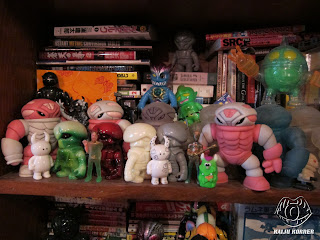 Here's a lot of his sofubi. You can also see Callgirm and other figures mixed in: 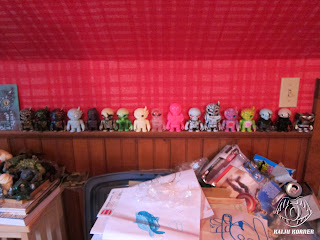 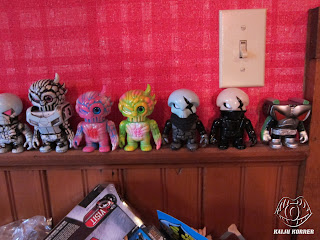 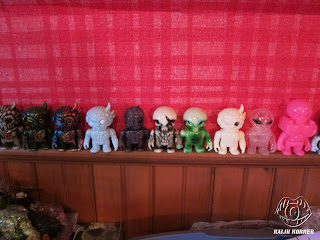 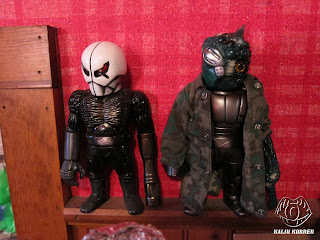 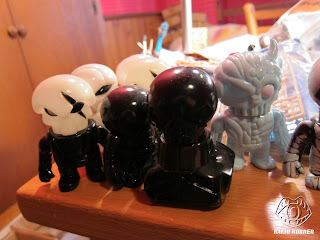 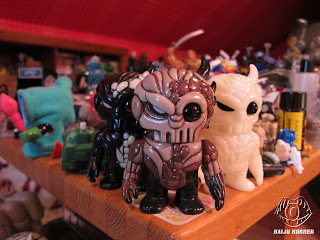 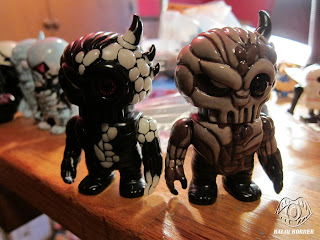 A look at some of the Glyos figures in the studio: 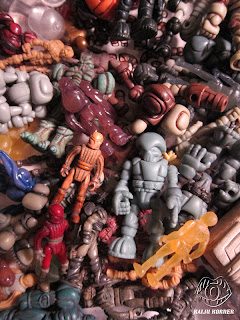 Along some of the walls are art and posters done by Matt: 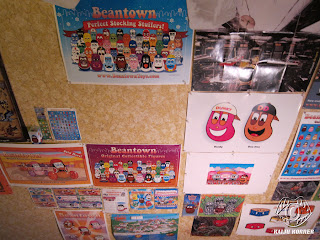 Finally let's take a look at some of the workspaces where Matt draws, assembles, designs, and creates! 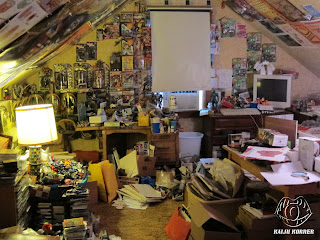 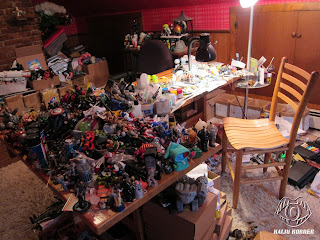 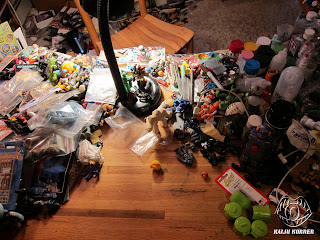 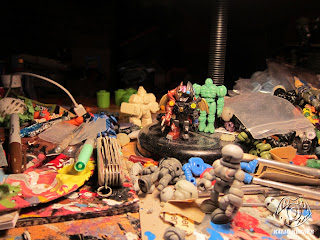 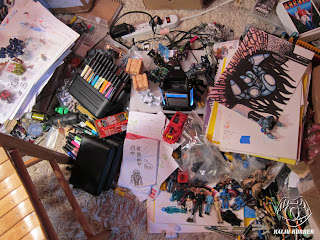 And that's a behind the scenes look at Matt Doughty's studio. Once again, thanks so much to Matt + his family for being great hosts. I hope everyone enjoyed the tour!

Over the coming days and weeks, I'll have several more posts about Matt's work, including a video interview with Matt, a video tour of the studio, and posts about Onell Design prototypes and original art.
Posted by andy b at 11:16 PM