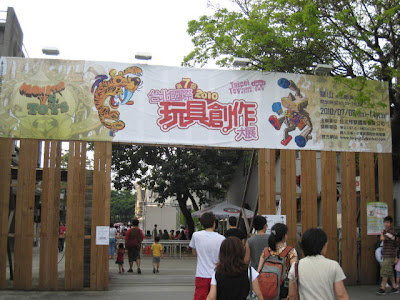 It's July, and that means it's toy show time! The summer season of marquee shows kicks off this year in Taipei, with the 2010 Taipei Toy Festival. The show featured a bit of everything for everyone: toys, art, clothing, exhibitions, guest appearances, and thousands of rabid toy freaks storming the halls to feed the insatiable hunger.

There's so much to cover that I'm dividing the 2010 TTF report into a few parts, starting with this intro post. 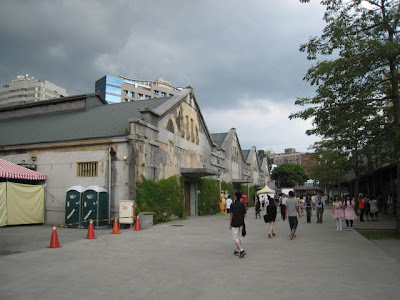 Once again, the event was held at the Huashan Creative Park, in downtown Taipei. As I'll report in Part...um 5 or 6, the venue has really come to life over the last year. It's probably the perfect place for such a large show, and fortunately the air con demons have been exorcised so there was cool air flooding the halls.

Intrepid collectors lined up in the wee hours for a chance to get in first: 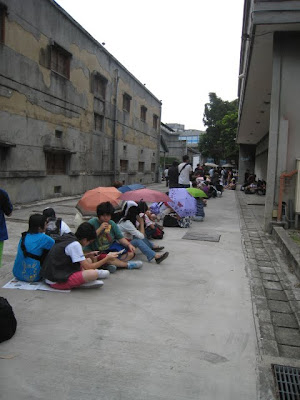 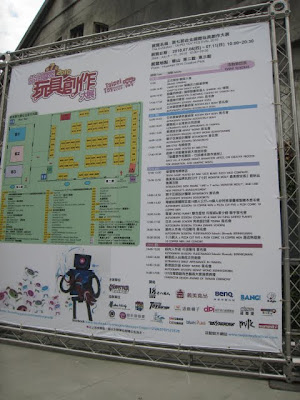 Here are some shots from Saturday, when the crowds came out in full force! 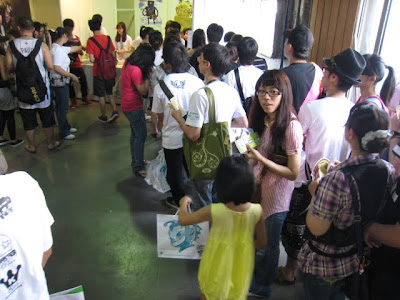 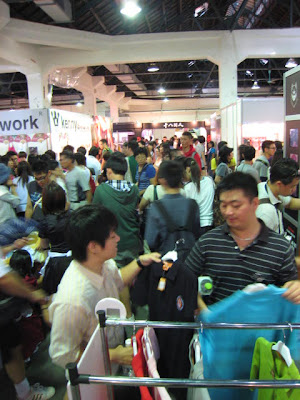