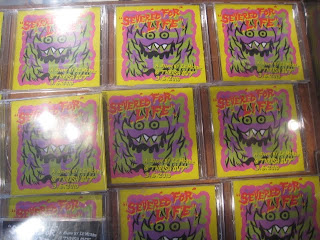 The triumvirate of recent Tokyo toy shows turned into a quintuplet. This exhibition, called Severed for Life, was held at Gargamel's shop Thrashout. The show featured work by Le Merde and a number of artists who customized his figures. 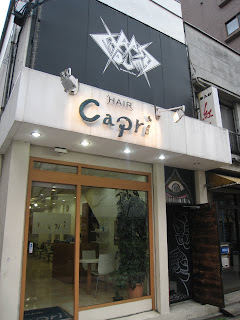 Thrashout, in Koenji, it one of the venerable meccas of modern sofubi. Over the last 5 years, they've held some of Tokyo's best shows and have released wave after wave of cool toys. 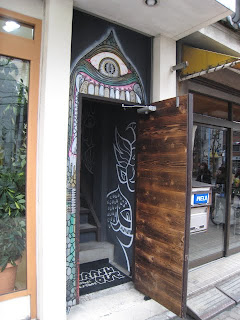 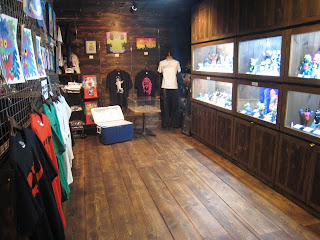 Thrashout's interior remains one of the best of the best. Love the woodwork and ambiance. 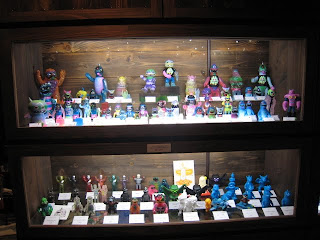 The shop has several main display cabinets. Several of them were stocked with Le Merde's work, including resin and vinyl creations. Le Merde worked on his own figures as well as some classic Gargamel characters. 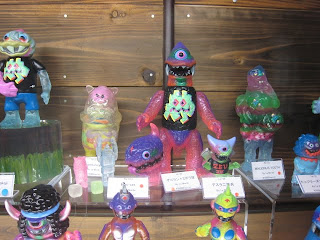 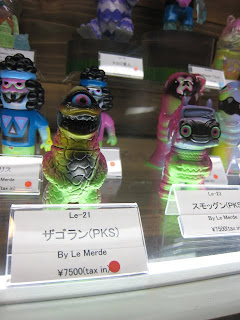 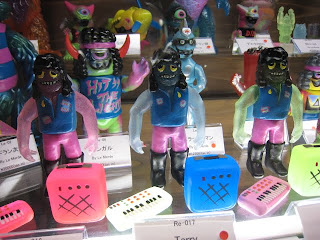 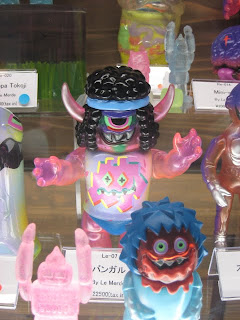 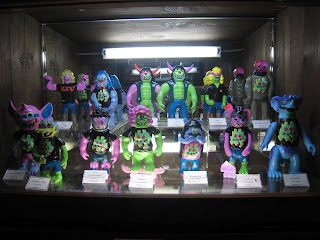 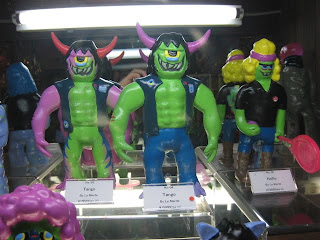 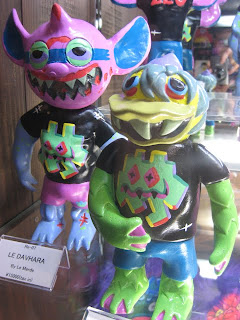 There were also a grip of customs by some of the best out there, including Kiyoka, KaToPe, Koji Harmon, and Martin Ontiveros. 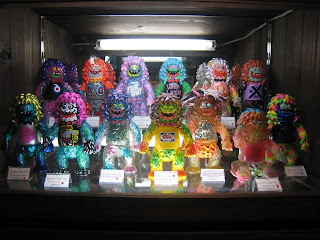 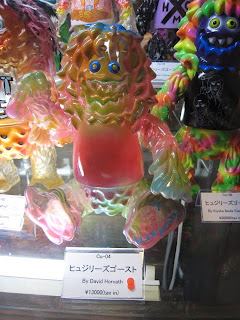 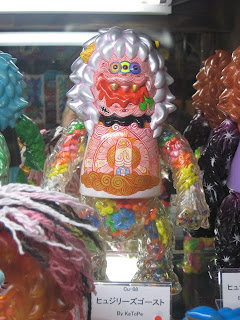 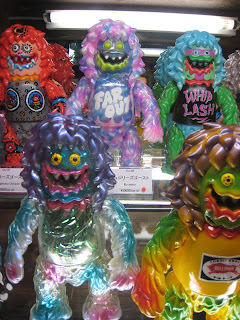 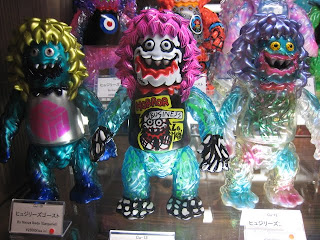 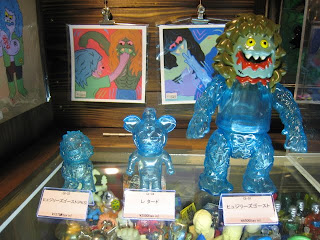 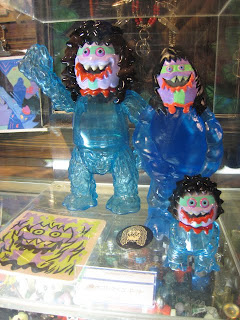 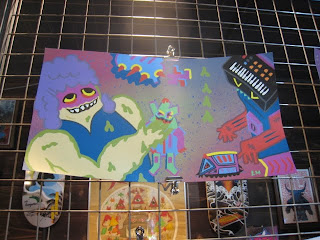 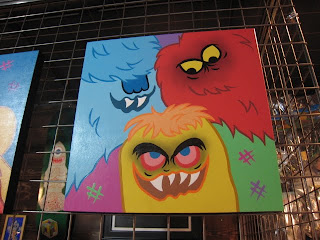 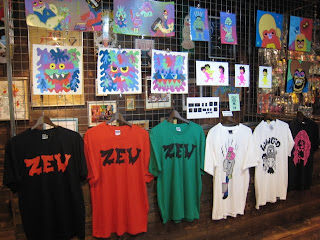 The show was a huge success. Nearly everything had sold by the time I rolled around. A bunch went to the folks who attended in person, and most of the rest was sold via online sales a few days after the show opened.

Congrats to Le Merde and the Gargamel crew!
Posted by andy b at 9:49 AM