Today I was pretty excited to attend my first Pachisummit. It's always sounded like a very cool, mysterious kind of show. Finally I was in the right place at the right time, and for sure the show did not disappoint!

Pachisummit is held at a bar in a basement. There's a stage where all kinds of recording and computing equipment are set up.

The first part of the event is a two-hour show during which hosts introduce all manner of bootleg kaiju items, from toys to playing cards to comics. In the first photo, you can see a bunch of toys in front of the host. Those are given away later, during the lottery portion of the event. 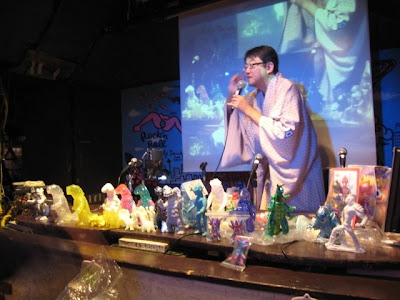 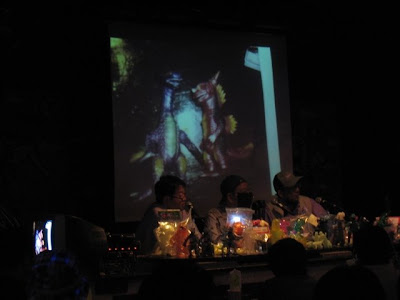 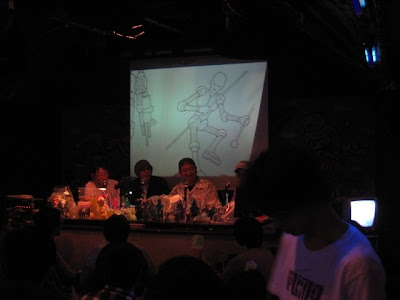 As you watch the show, you can order food and drinks. Here's Ilanena-san showing one of the ways to get a food server's attention: 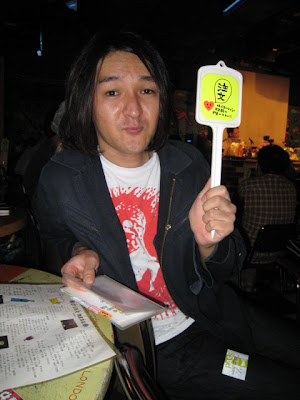 For every 500 yen (or above) food or drink item that you buy, you receive a ticket that's entered into a lottery which takes place after the big stage show. One by one, the freebie kaiju toys are handed out to the winners. 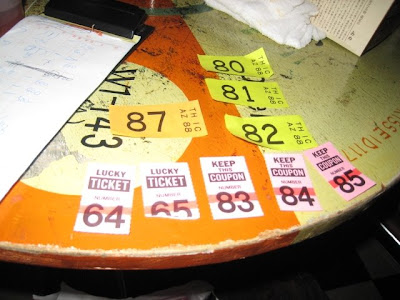 Here are the cool toys that I won. (The yellow/orange one on the right was a freebie that everyone who attended the show was given.) 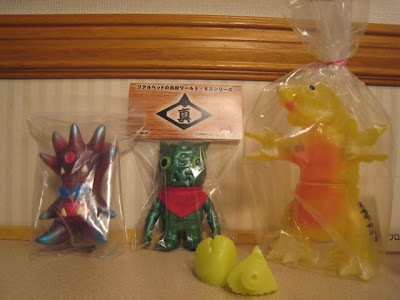 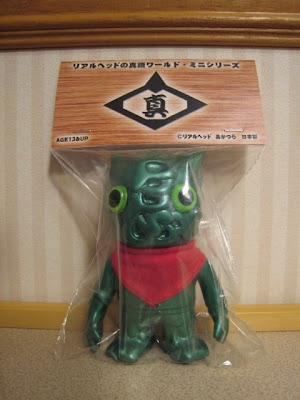 After the lottery, a deck of cards is used to determine which group of people will get first shot at buying stuff from the dealers (who, up till now, have been hanging out and drinking with everyone else!)
Shots from the dealer area: 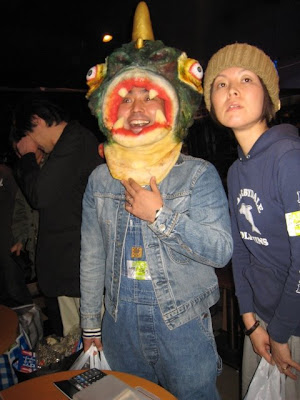 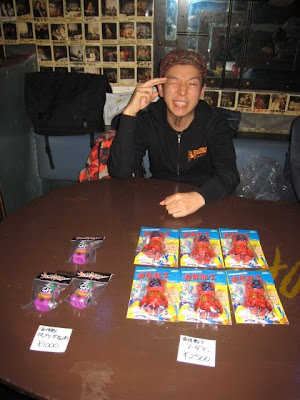 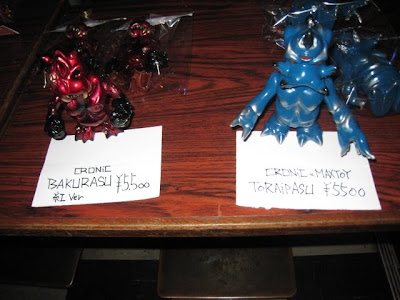 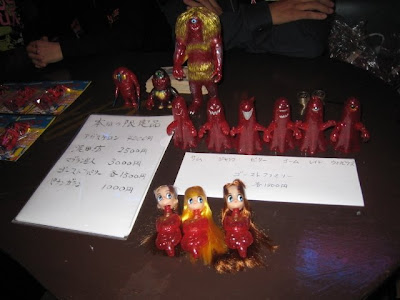 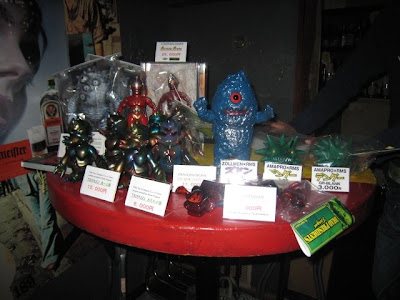 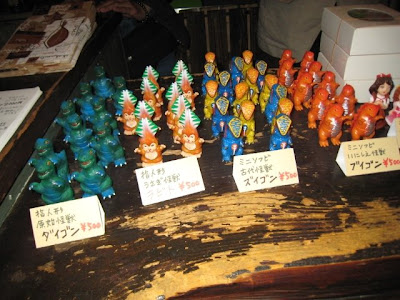 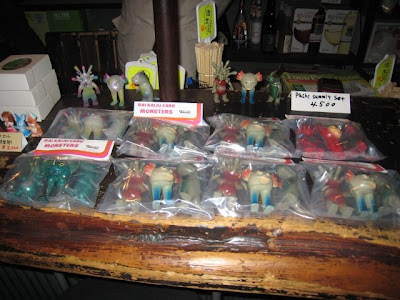 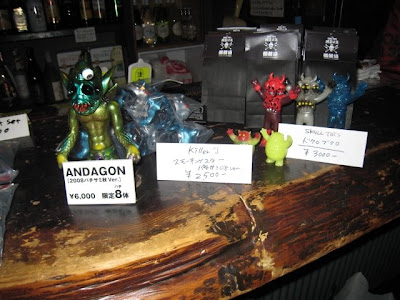 Maxtoy Co. brought 5 one-offs by Mark Nagata. I picked up this slick Tripasu: 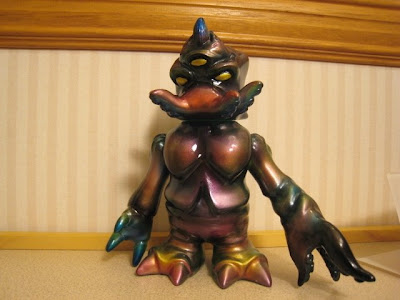 All in all, Pachisummit was a very cool event. Although I can't say I understood the whole show (which was completely in Japanese), there were plenty of visuals which made it easy to follow along.
I also liked the laid back vibe and the atmosphere of the venue. And, the lottery aspect of both the free toys and dealer table buying order was pretty neat. It was also great to hang out, chat, and drink with a bunch of friends. Basically, Pachisummit is totally different from the other big toy shows in Japan. And the Suntory Maltz beer ain't bad at all!
Posted by andy b at 11:04 PM