The Hobby Complex took place on Sunday at the Kobe International Exhibition Hall. I had heard that it would be mostly garage kit stuff (and it was) but I wanted to head over anyway.

The story of this show was the opening snaffu. We arrived at 10:30, expecting to get in at 11:00, the scheduled start time. That's not quite how it turned out. At 11:00 we heard a strange announcement by someone with a megaphone saying that people with some kind of preferred status were getting in early, and everyone else would have to wait.

Fair enough, but come 11:30, we still hadn't moved, and people were wondering what the heck was going on. The line moved forward a couple of times after that, only to stop dead after 50 meters or so. Megaphone man ran up and down the line telling us we were about to get in. 12:00...12:30...finally, around 12:45, the doors opened and everyone was let in.

We found out later that the problem was much more absurb than the "preferred ticket holder" explanation. As it turns out, the exhibition holders were selling some exclusives. They required some sort of stickers from who knows what license holder or manufacturer. Well, those stickers disappeared the morning of the show, so the show was held up for hours while someone tracked them down. Now if that doesn't belong in the "so amazingly lame that it can't possibly be made up" category, I don't know what does.

The line to get in: 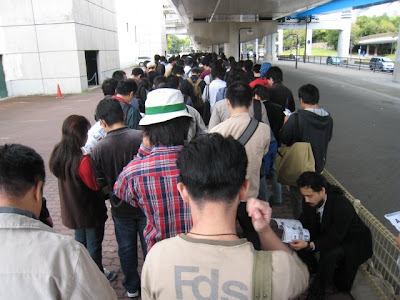 Dispair, exhaustion, and hunger setting in! 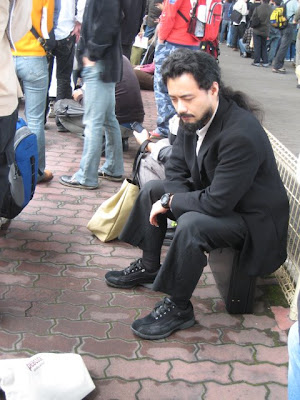 The show was a madhouse once the pent-up otaku fever was released! 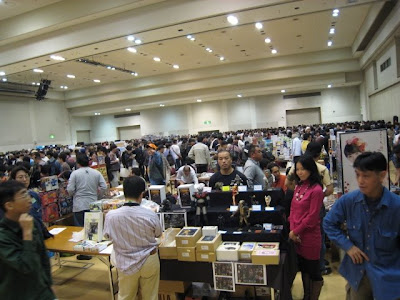 As predicted, it was mostly garage kit stuff. For folks who aren't familiar with these things, they're basically model kits including unpainted plastic and cloth parts which the hobbyist has to assemble and paint. Most of them are anime style girls with enormous hair and....other features. Samples are shown at the booths revealing how your kit can look after 10 or 20 hours of labor. Some examples: 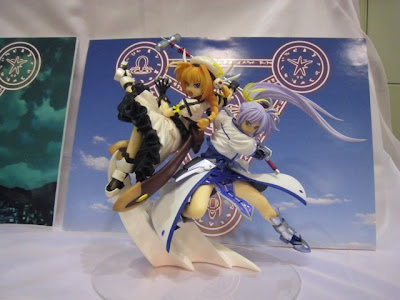 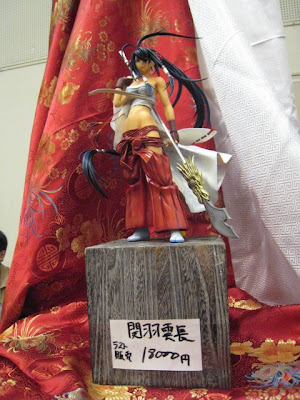 There were also some really nice monster/demon kits: 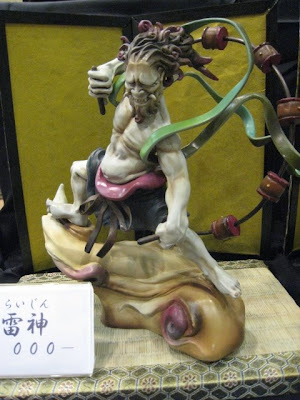 As well as a bunch of Halloween themed kits: 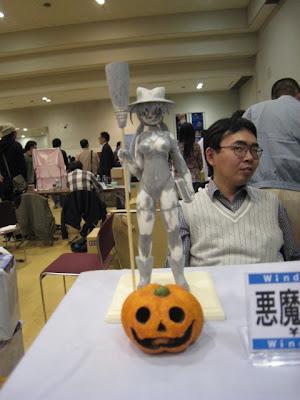 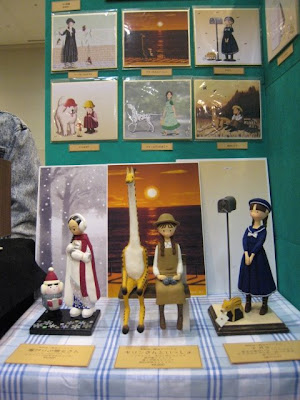 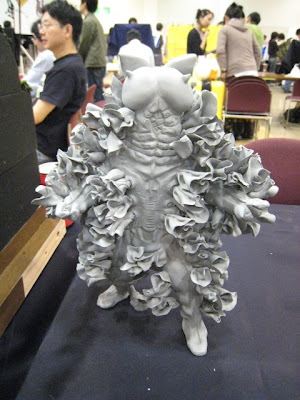 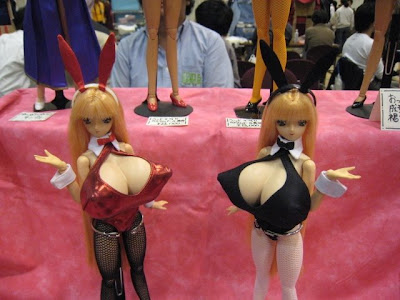 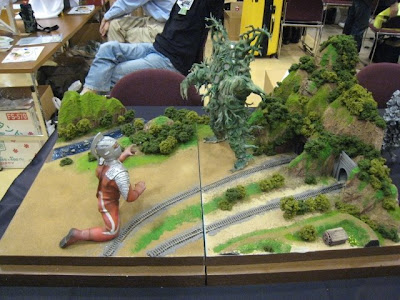 A few toy dealers came to the show. Sofubi table: 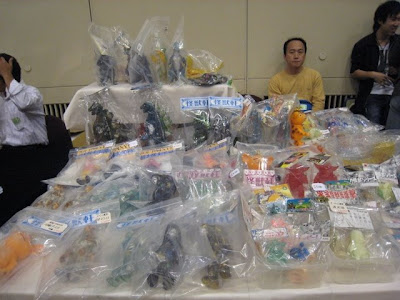 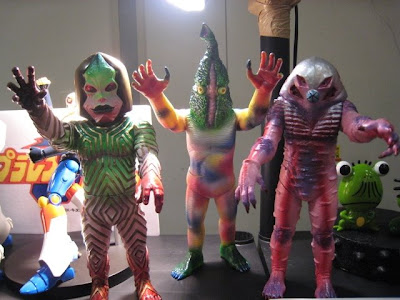 Transformers, Star Wars, and other toy staples also made an appearance: 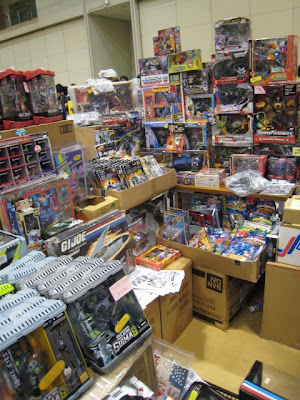 This is the only thing I bought at the show: So basically if you find yourself in the Kansai region around the time of the Kobe Hobby Complex, it's worth popping over (assuming they can get the stickers straight in the future!) And if you're a garage kit enthusiast, then this is a great show. But for kaiju and other toy collectors, you might consider attending more suitable events in Tokyo like Super Festival and Wonder Festival.
Next toy event is Pachisummit, on Saturday. Should be a good one!
Before that, I'll put up more pics of Kobe, Osaka, and Kanazawa.
Posted by andy b at 7:40 PM