Kanazawa, in Ishikawa prefecture, is a hidden gem in central Japan. It's one of the places that gives you a great feeling for both the traditional and modern faces of the country. Personally, I think it's a more interesting place to visit than some of the high profile cities like Kyoto, which are well marketed, but a tad too developed and commercial for my taste.

Kanazawa has a famous garden, castle, historic districts, picturesque riverside walks, temples...Interestingly, most tourists seem to be Japanese - which goes to show the locals sure do know where the good stuff is!

Here's a short video I shot on the train from Osaka. The trip goes past some gorgeous countryside.

Kanazawa station itself is something to behold! 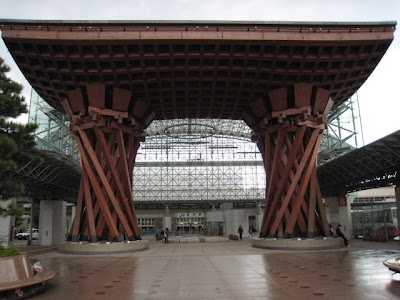 On my first day in the town, I went to Higashi Chaya, one of the historic districts known for geishas and the samurai and other nobles they entertained.
A tour guide. I don't believe she's a geisha, but I didn't want to ask! 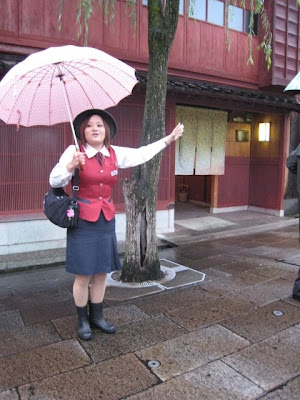 I visited Ochaya Shima, a famous teahouse where geisha played instruments, danced, and poured tea for their guests. 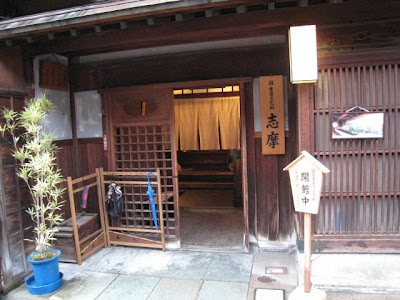 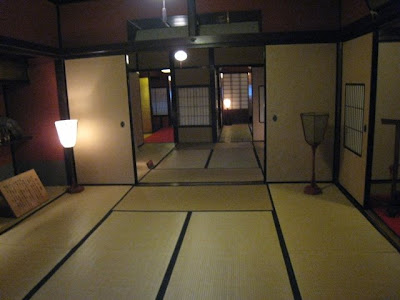 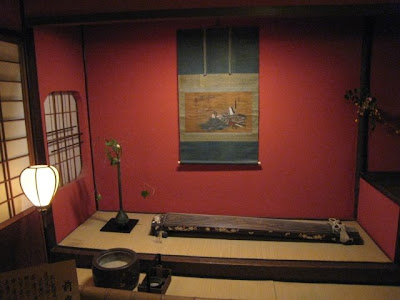 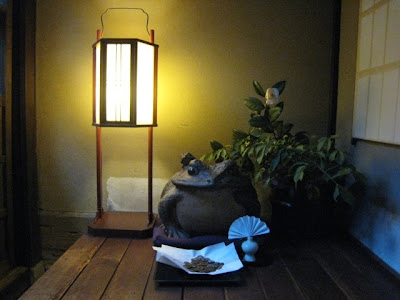 I met this friendly couple from Tokyo, and we took in the district's sites together. 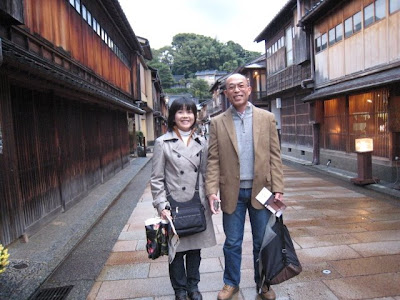 Something else which Kanazawa is famous for is gold leaf. The town provides most of the flat shiny stuff used in Japan. As I learned, gold leaf is used on everything from pens to chopstick handles to fine art. And, it's not that expensive. I took a tour of a small production house/shop called Sakuda. Using photos and real world examples, they explained how gold leaf is produced. Then, to my great shock, they gave me a piece to eat! Down it went and a few yen richer my gut became!
This artisan was preparing some dolls for an upcoming holiday: 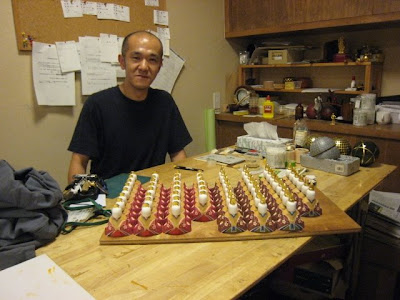 At the shop, I ingested more gold - this time, in a cup of tea! 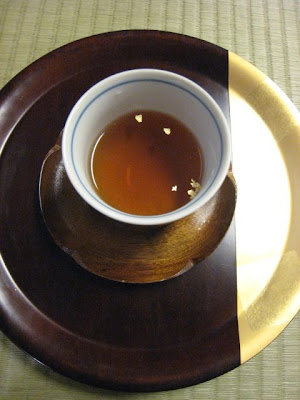 The shop sells all sorts of interesting, shiny things accented with gold leaf. 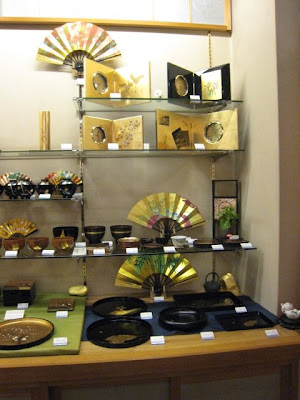 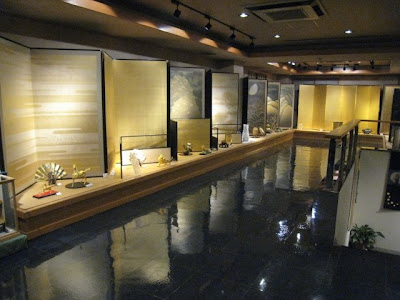 Why, it's Ron and Nancy! 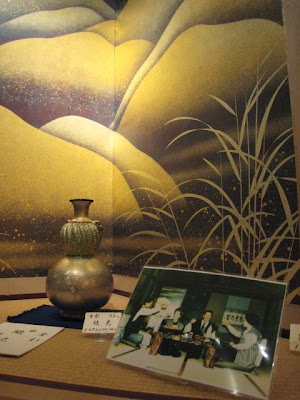 In the store's restroom, men are instructed, via graphic aid, where to place their feet while doing their business. Maybe the John-Mat would be better suited for the Geisha district? ;-) 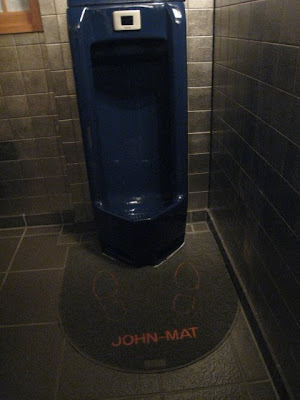 I decided to walk back to the hotel. A beautiful river runs through Kanazawa. After crossing it, I couldn't resist the urge to wander along one of the paths, though it was pretty dark. 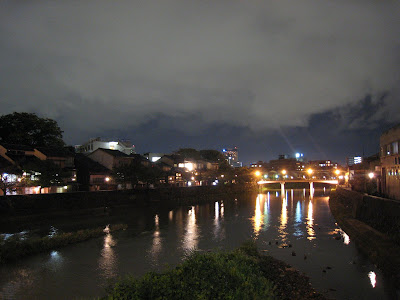 I got a palpable sense of what it must have been like to walk along the river 200 years ago. It's quiet, serene, and lined with understated tea houses. That's another thing I appreciated about Kanazawa. From restaurants to shops to ancient historic sites, there's a subtlety and humility present.
So there's a genuine feeling of discovery when you go through a door or slide back a curtain, never knowing what interesting sites you'll uncover. But above all, and especially along the river, I enjoyed Kanazawa's calm and strong organic design sense. (I'll write about that more in another post...) 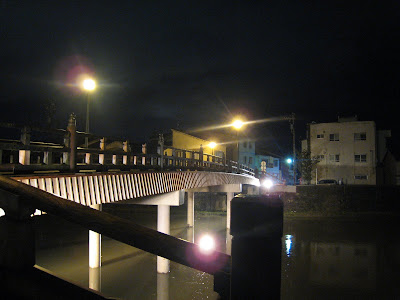 Tea house along the river: 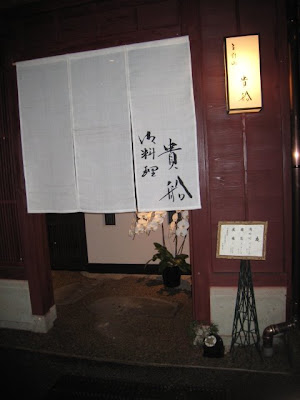 Here's the Oni (demon) restaurant. I was curious, so I peeked inside, but it was empty, so I decided not to push my luck! 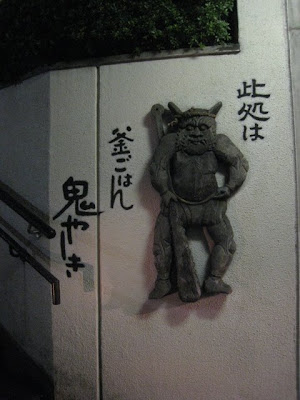