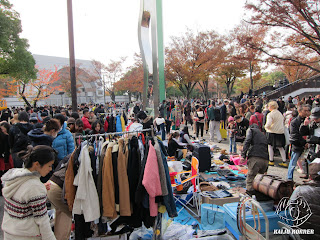 Well, this was a new experience - in Japan anyway. It brought back memories of cruising flea markets as a kid. This is the real deal, with people sitting on the ground with tarps covered with stuff they don't want. Well, there was a twist. Most people get around Tokyo via subway, not private car, so a lot of vendors brought their stuff in suitcases, plopped them down, opened them, and voila, there's your shelving. ^_^

It was mostly clothes, but you've also got your odd knickknacks, Radiohead CDs, Twin Peaks VHS sets, toys, trash, and tawdry magazines. Ah, the deals they were a flying! I didn't buy anything, but Irene found a few things.

Pics from the gathering of the merchants of pennies: 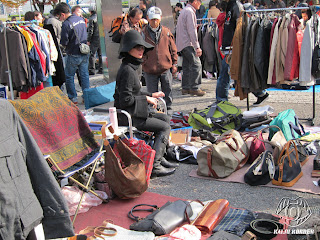 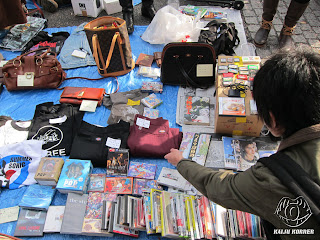 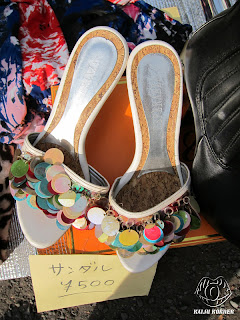 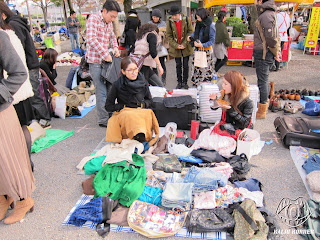 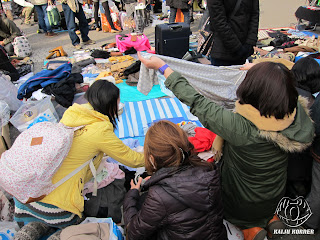 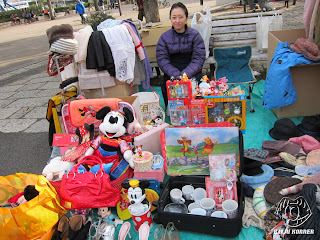 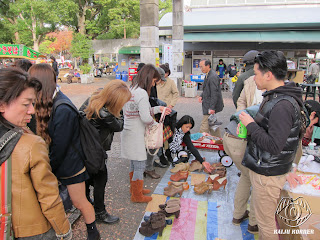 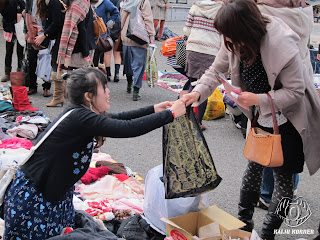 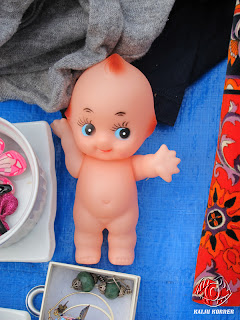 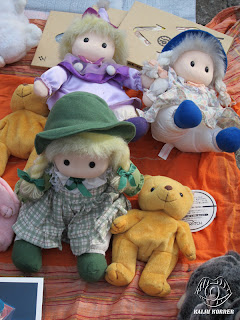 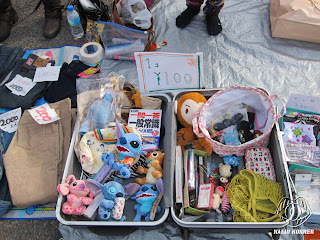 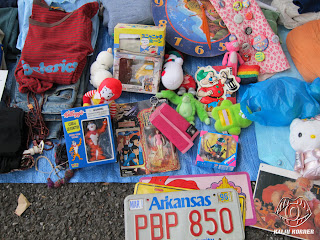 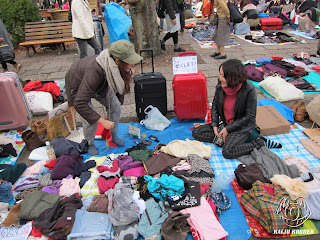 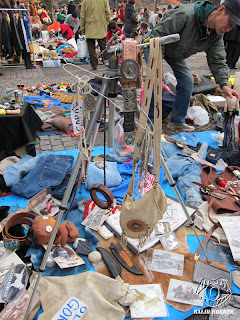 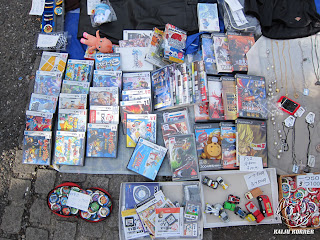 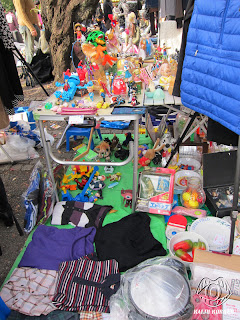 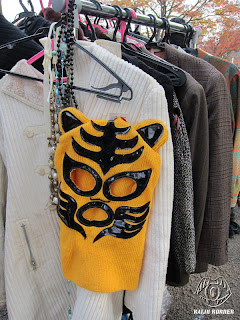 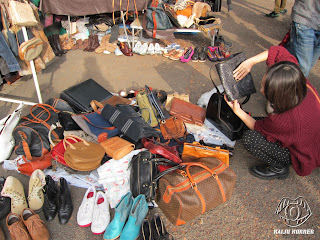 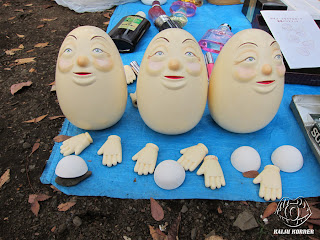 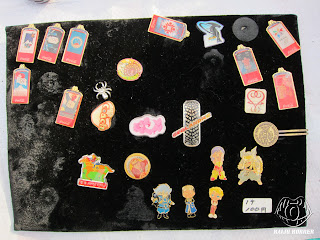 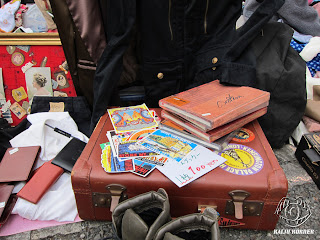 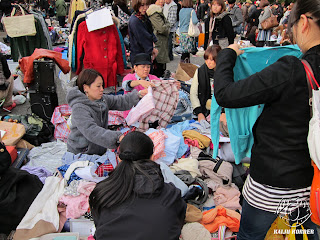 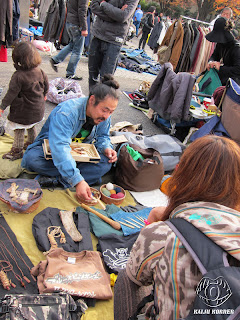 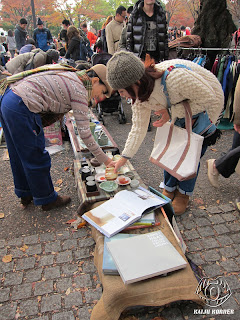 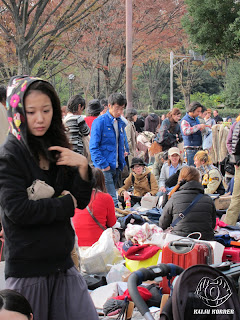 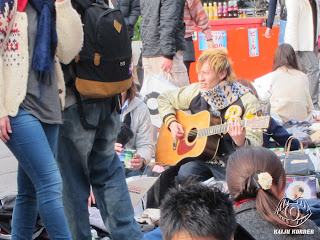 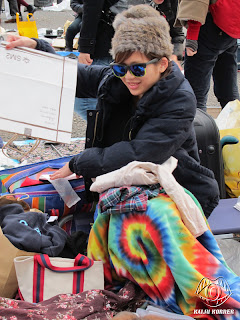 Thanks! I try to mix in some slice of life reporting along with toy coverage. :)

I hope this doesn't come out the wrong way: I love your kaiju coverage-- LOVE it-- but I really do think this is one of my favorite blog entries you've posted so far. I love Japanese monsters and toys as much as the next jerk, but I love the people of Japan just as much as I love their kooky kritters. It's really awesome to see that their flea markets are a lot like ours: massive piles of junk they don't want laid out in hopes that someone will buy it. Some of my earliest childhood memories involve car rides in the dark and waking up at flea markets early in the morning seeing the cool stuff, hearing the crazy sounds, and smelling the great food cooking. Thanks for this one, man! I look forward to more slice of life reports!

Hah hah totally. KK has always been about toy culture + interesting things in daily life, but in the last few months, the toyness has kind of dominated the headlines.

But if you cruise around past posts, you'll see things I've written about festivals, trips, food, candy shops, and other cool stuff that rounds out the picture a bit more. Definitely more to come! :)

Oh, I did some cruising around last night after I read this post. Thanks for keeping us informed, man!