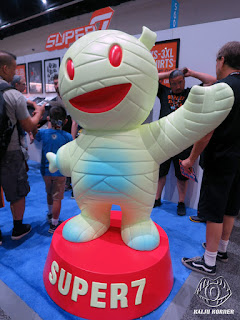 At this year's SDCC, most of Super7's toy offerings were based on lots of different licensed properties. They included MOTU, Planet of the Apes, Aliens, and even some cool way out there lines like Heavy Metal and Iron Maiden. Here's a look: 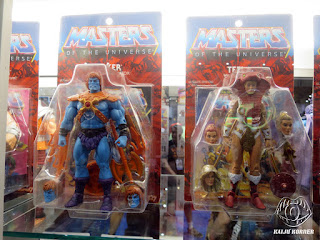 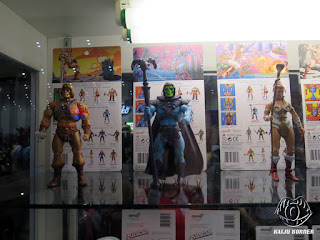 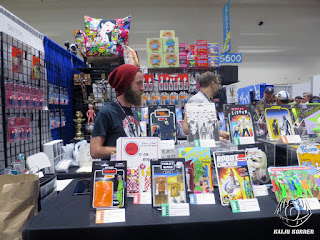 This was one of my favorite indie toy booths at SDCC 2017. This year, everything DKE Toys exhibited was custom, handmade carded figures. It made for a striking presentation, with a fantastic variety of creative high and low-brow figures. Considering how much attention the booth got, I think it was a big hit.
Here's an interview I did with DKE's owner, Dov Kelemer
Here are still images of the booth: 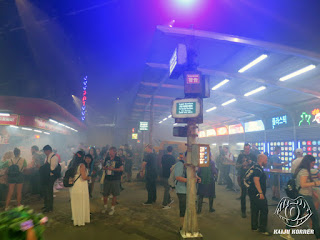 San Diego Comic Con always has a lot to see inside the convention center. But there's also plenty going on downtown, especially in the Gaslamp District. This year, one of the most amazing set ups was put together to promote the upcoming Blade Runner sequel. 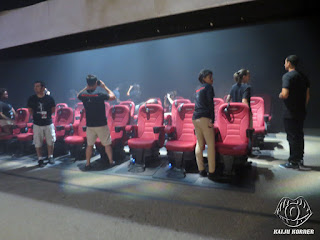 The "Blade Runner 2049 Experience" started you out with a cool virtual reality experience that was something of a stationery amusement park ride with a VR twist. There was also a motion component, including a chair that moved and vibrated as you chased down a replicant across the unmistakable Blade Runner skyline. 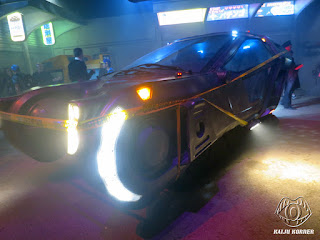 Once that ended, you took off the VR goggles to find yourself in a movie scene full of vehicles, props, and actors. You could take as much time as you wanted to look around and explore the environment. Clearly a huge amount of work, care, and money went into creating the scene. 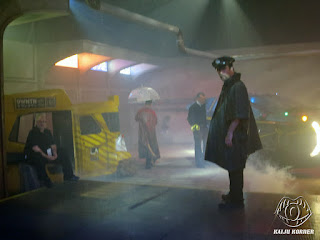 The actors, including cops, pedestrians, shady characters, noodle shop owners, and even hookers, would talk with you to help create the illusion that you were there with Deckard looking for the replicant on the run.

Here are pics of the environment, props, and actors, followed by a video I shot.
More after the jump: 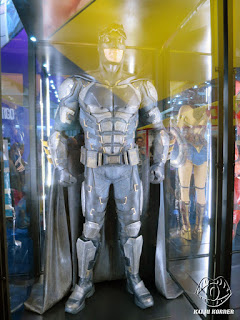 DC has one of the must-visit booths at SDCC, preferably on preview night or when the doors open, when there are a few inches of space to maneuver around and check out the costume exhibit. This year, they brought costumes from the Justice League movie. Here's a look. 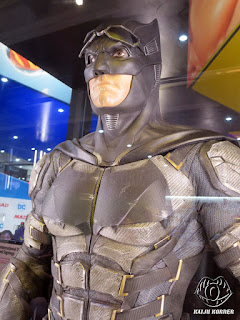 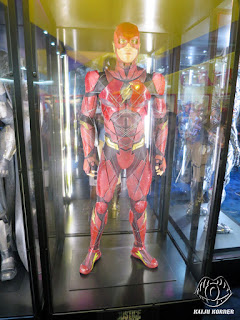 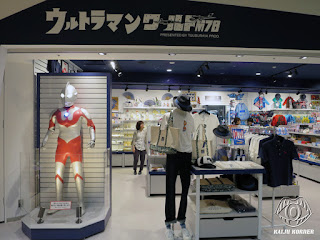 Ultraman World M78 is the name of the official Tsubaraya Production shops that sell all sorts of goods from the Ultraman series. Well-stocked shelves hold clothes, toys, and everything in between. 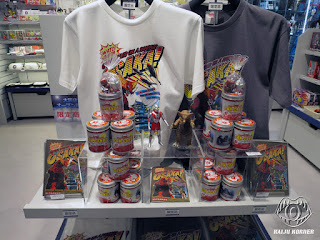 There are a number of M78 shops throughout Japan. I believe the Osaka branch is quite new, having just opened in March. It's located on the B1 level of a shopping mall near Umeda station.  Here are the details:

Here's a video I shot of the store: 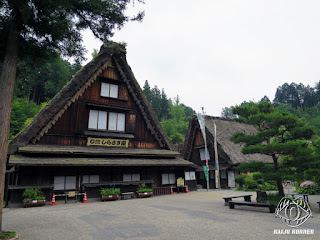 Some years ago, I wrote about a trip to Gero Onsen, a place well known in Japan for its hot springs and charming scenery. 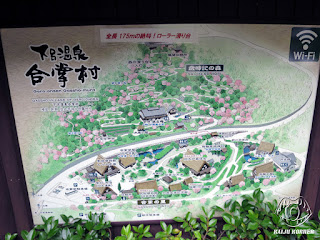 I recently revisited the town, and this time I stopped by Gassho-Mura, which is a 15 minute walk from the town center. 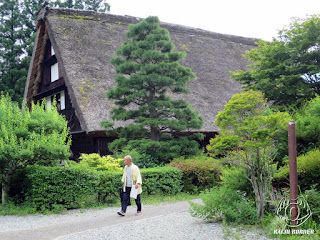 Gassho-Mura takes its name from "gassho-zukuri," meaning "thatched" and "mura," meaning "village." The roofs of the 10 historical structures were made by hand using traditional methods. In fact, the structures in the village are original, having been built more than 100 years ago. They were transported to the area to recreate the ambiance of a traditional village. 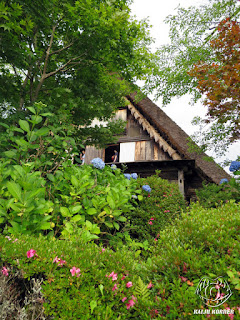 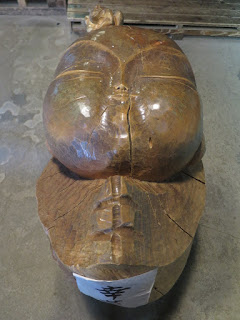 Along with the homes, there are many antiques on display. Here are pics I took:
More after the jump: