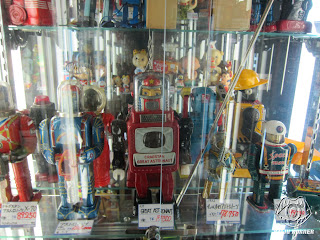 Tin toys are an important part of Japan's toy making legacy. I'll be the first to admit I'm not an expert in the area, but I sometimes see them on my wanderings, and they always catch my attention, especially the space-themed ones. I love the way they capture the boxy look of 50s-60s sci-fi films and TV shows. Plus you've got classic play features like toys that walk, sparkling jets and guns, and even some remote controlled figures. 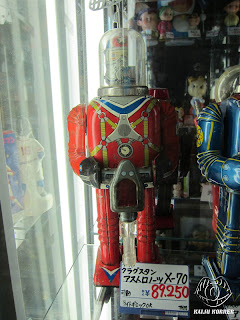 There are some common themes across many of these figures, like clear domes. It's a feature which wound its way for decades through sci fi, live action, and indie toys. 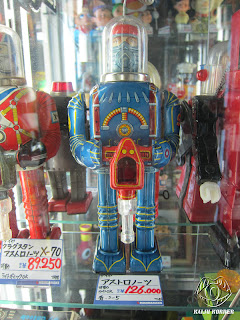 More than a few of today's indie sofubi makers have been heavily influenced by Takara's Henshin Cyborg and Microman lines from the 1970s. And if you go back a step further, you can trace several direct lines from those toys to earlier tin toys.

Here's a look at a selection of space-themed tin toys from a shop in Tokyo. I'll just let the pics speak for themselves: 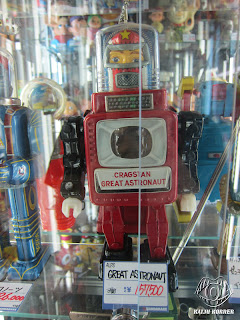 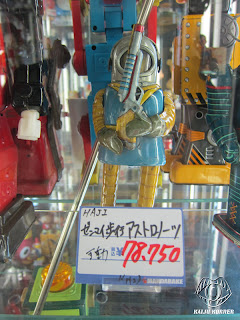 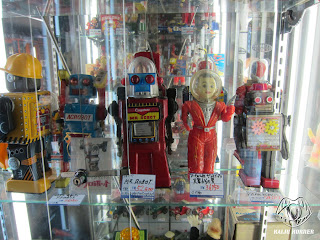 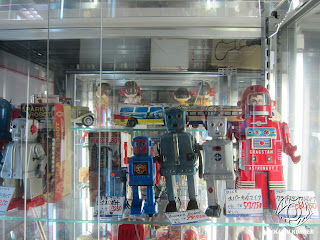 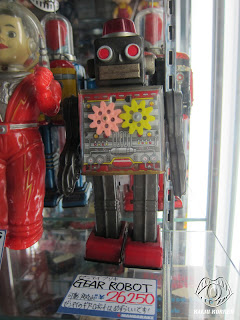 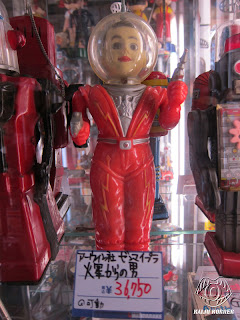 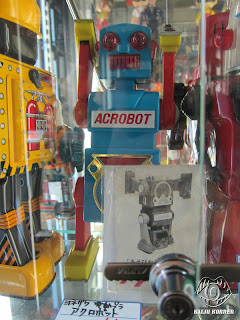 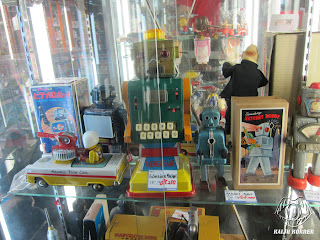 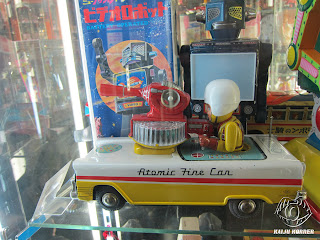 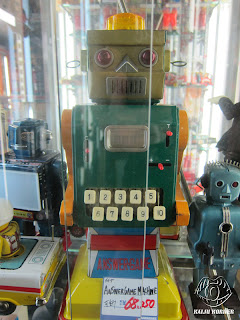 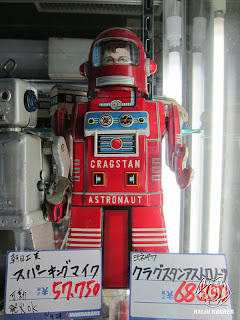 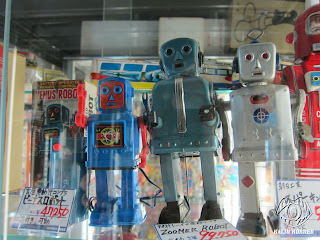 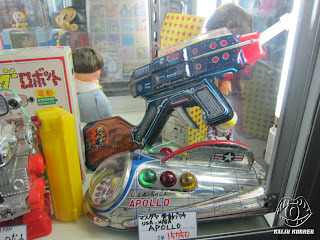 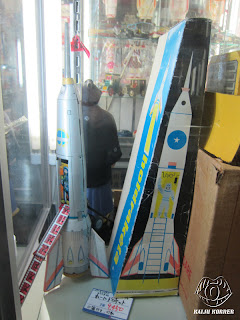