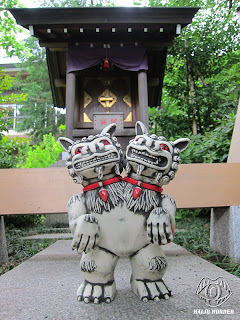 Shishi is one of Miles Nielsen's fast-growing stable of brilliant clay kaiju (or clayju, if you like) characters. Miles, who has been working in ceramics for years as part of Munktiki, does everything for each release. He sculpts, casts, assembles, glazes, and fires every figure, making each release an intense labor of love and fantastic execution of craftsmanship - infused into what are really very fun figures. 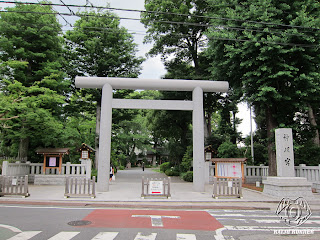 I was thrilled that Miles sent over a Shishi for us to review. Immediately I thought of Asagaya's Shinmei-gu shrine as the site of the shoot. Not far far from Asagaya station, it's a peaceful, serene, and very picturesque site dating back to the Edo period. It's also a popular shrine, so I performed the shoot discreetly and respectfully.

A visit to a shrine starts with the washing of hands. Let's start there. 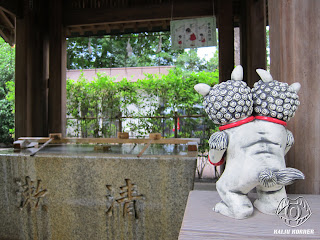 There are a number of small and large shrines in the complex: 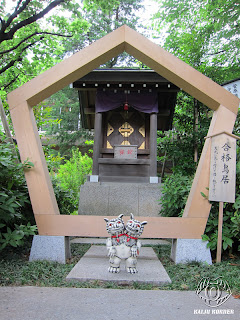 Not to mention some gorgeous architecture: 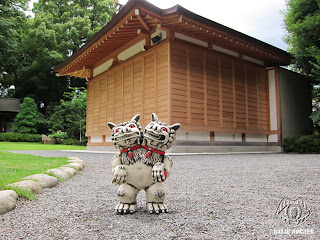 More after the jump:
Now let's look at the figure from all sides. Shishi stands at about 10" tall and weighs several pounds. 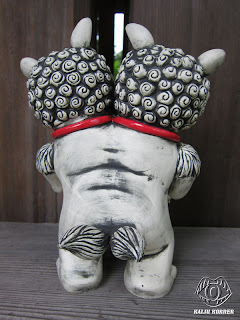 Speaking of guardian lions, here's Shishi (which, incidentally, means "stone lion" in Japanese) with the two lions at the Shinmeigu shrine:


Now for some closeups: 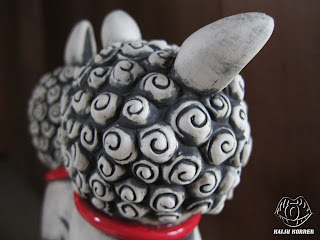 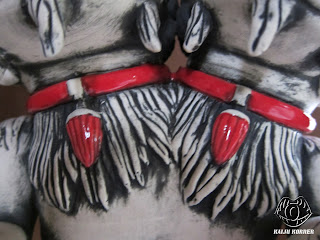 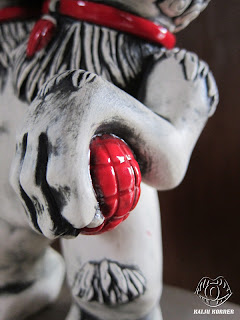 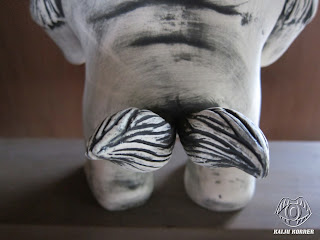 Shishi is accompanied by two twin boys, who were instrumental in bringing him to life. Click here to read Miles' synopsis of the backstory. 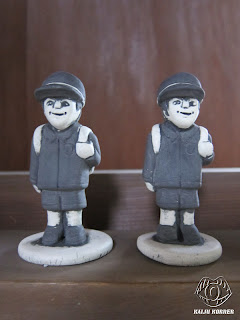 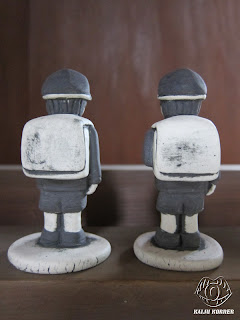 Here's Shishi with the twins: 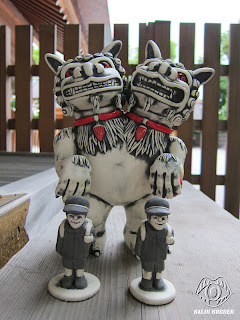 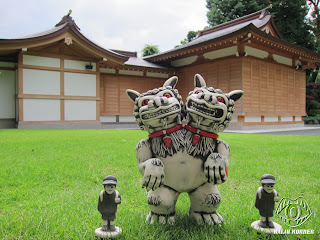 And a few more shots of the shrine: 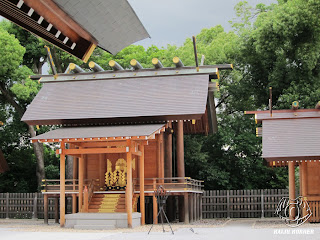 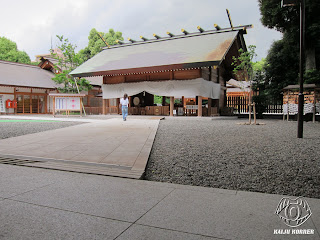 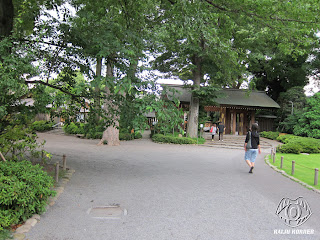 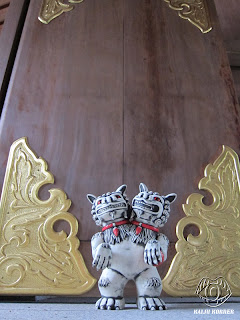 I really enjoyed taking Shishi over to the Shinmeigu shrine. His texture, form, and personality fit in so well with the shrine's stone, wood, rocks and grass, all of which are magnificently tended. (If you'd like to visit the shrine, click here for walking directions from Asagaya station.)

Shishi and Miles' other ceramic toys, including Kappa and Ikakumora, have so much going for them, I'd strongly encourage everyone to check them out in person and order them if you get a chance. Of course, though they are extremely well made, you still have to be more careful with them than with sofubi. But these clayju fit in very well amongst kaiju of any material. Bravo Miles!

I hope you enjoyed this look at Shishi, which was my honor to put together. If you'd like your toy reviewed on KK, please send us an e-mail at: kaijukornerandy@gmail.com