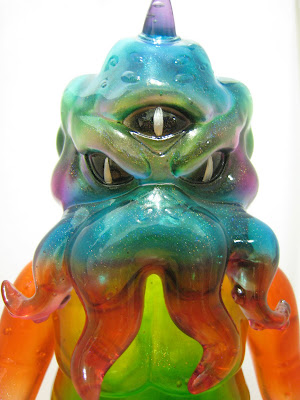 This is the first in a series of Artist Focus pieces, which I hope will grow into a long list in the fullness of time. I’m glad to kick off the series with a focus on Matt Walker, the man behind Dead Presidents Designs.

Matt, an automobile pinstriper by trade, is based in New England, but he’s certainly traveled the world in recent years to attend shows, give pinstriping exhibitions, and expand his network of toy collaborations.

I first saw Matt’s toy custom work a couple of years ago. Besides his signature pinstriping, Matt brought a fresh and interesting sense of color and design to the toys he worked on. (Click on each image for jumbo pics.) 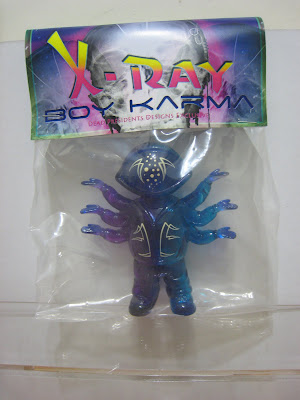 Whenever I look at a paint job on any figure, I focus not just on beautiful or unusual paint work but also on the paint’s ability to bring out, well, the character of the character. Matt really nailed it with this Boy Karma piece, which was an exclusive at the Kaiju Invades San Francisco show held at Double Punch in Dec, 2009. 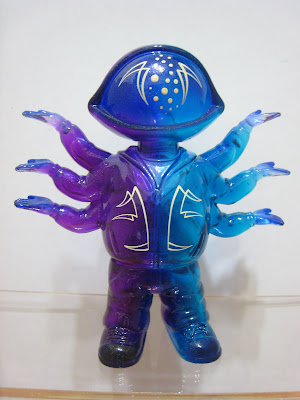 Boy Karma strikes me as one of Max Toy Co’s more exotic space kaiju themed figures. With the design sensibility Matt brought to this piece and dozens of other Max Toy figures he’s customized, it’s no wonder Matt and Mark have collaborated so frequently. Their styles match up really nicely. 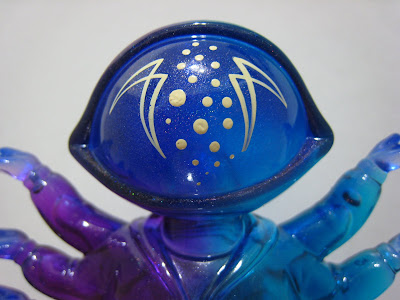 With this custom job, the pinstriping is a perfect accompaniment to the figure’s cosmic personality. It’s almost like a series of constellations floating in a blue and purple nebula. Speaking of the color, again, it perfectly complements the figure. I’m a sucker for gradients, and this figure’s shift from deep blue to deep purple is simply gorgeous. 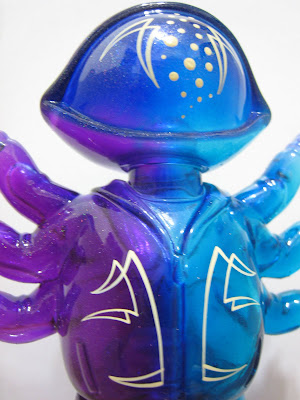 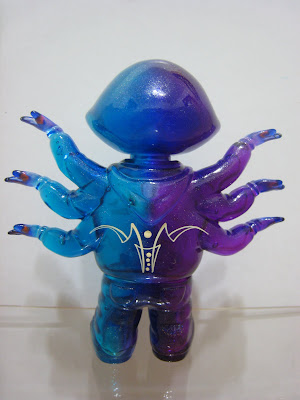 Here’s the Boy Karma shown with another series of Max Toy figures customized by Matt. There’s an Eyezon and three mini Max Toy figures. I bought the figures at the Kaiju Comrades II show held in Tokyo in March, 2010. (Check out my write up here.) The show featured work by Matt, Mark, and many other Western and Eastern artists. 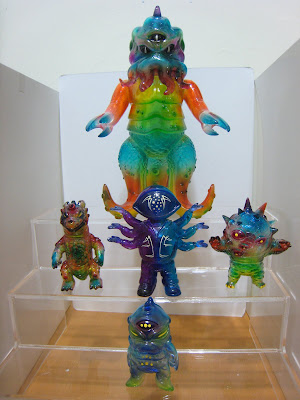 This particular set was special in that it was among one of the first batches painted using Matt’s new Monster Kolor paints, which he designed specifically for painting toys. The colors just jump off the sofubi and are one of the most unique and fresh contributions to the sofubi scene in recent years. More recently, Matt has expanded the line with a set of Hawaii colors.
Here are some detailed shots which show how Matt has established himself as one of the top clear figure painters. 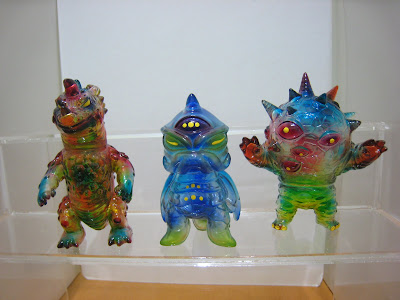 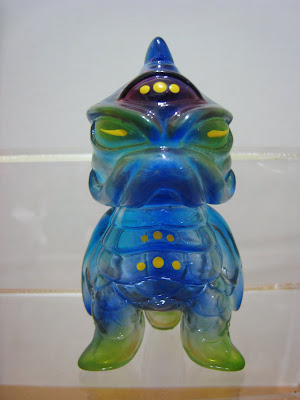 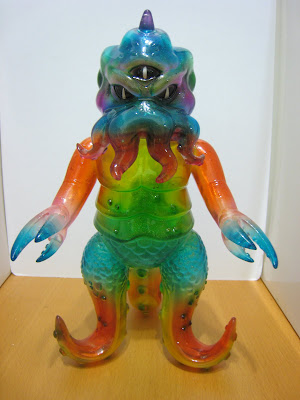 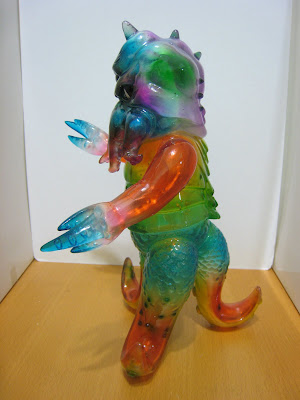 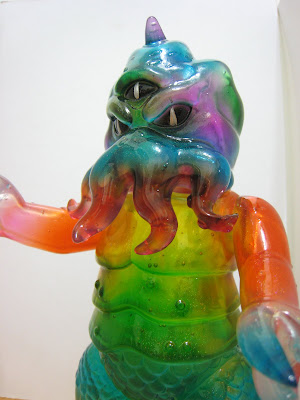 At Superfestival 54 (write up here) the other day, I had my first chance to see Cosmic Squadron, an original figure by Matt. 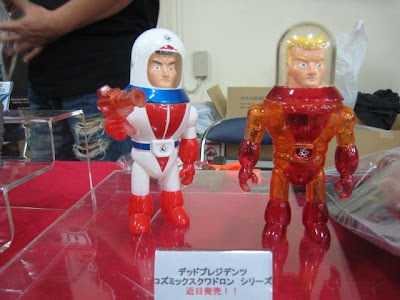 This is a really cool character that fits in nicely in the classic pantheon of space characters. It’s also made from Japanese vinyl which, as you can see from the early examples of the figure, are going to allow Matt to do some amazing things with his Monster Kolor paints. I can’t wait to pick some up! 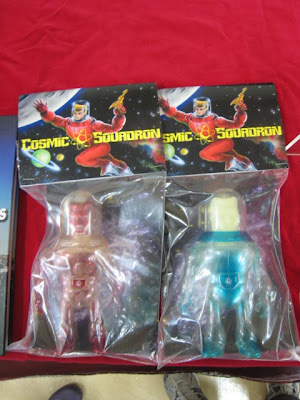 One of the most exciting things about Matt’s work is the way it has evolved so quickly over the last two years. He’s hopped in his rocket ship and zoomed from custom paint work to a unique line of paints and original characters at light speed. 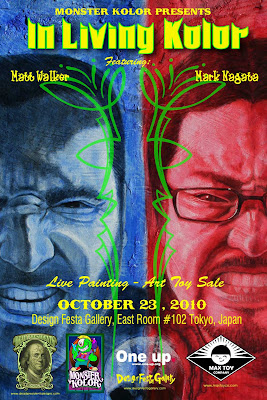 I can’t wait to see what he has planned for the In Living Kolor show (coming September 26)... as well as what lies beyond!
Posted by andy b at 10:40 PM