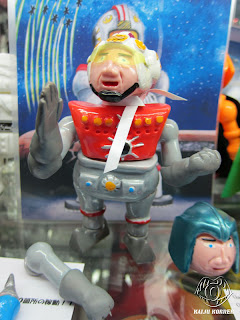 This month, Star Case is releasing the first version of the newest figure in its Space Convoy line. This Mock Hamill figure is called Harlock, and it pushes the envelope with what Star Case is doing with the line.

The first thing to note about Harlock is it is SUPER poseable and is made up of 11 parts (well, 13 including the visor and scarf). There is articulation at the neck, waist, arms, elbows, legs, and feet. 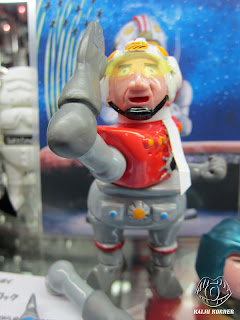 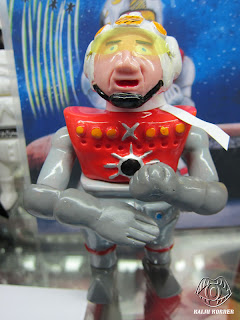 Harlock also comes with an extra head, arm, and beam saber to do battle with Garumaya! 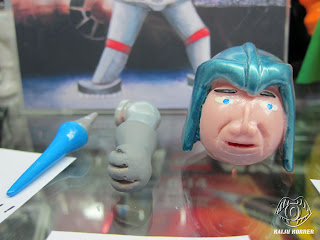 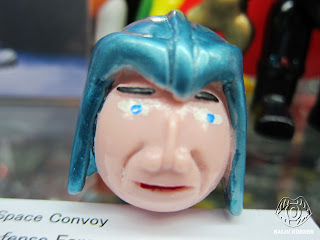 Isolated shot of the backer card: 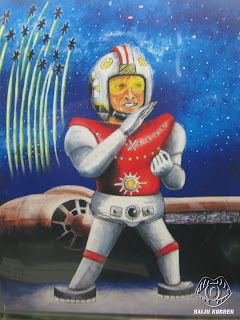 Katagiri-san swapped the head and other parts to show me how the figure looks in its other mode:

The first version of Harlock will be released online on December 15. It will be made to order, so as long as you get in during the ordering window (the exact length of the window hasn't been determined yet), you should be able to get one. At 5250 yen, this is quite a bargain, considering there are 16 total parts.

More shots from the case: 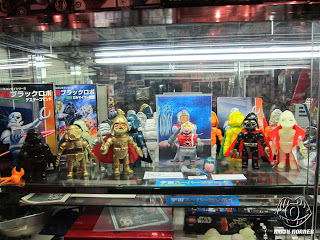 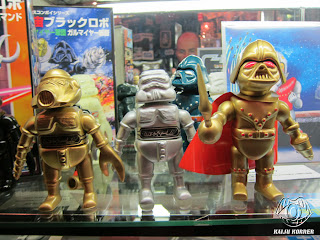 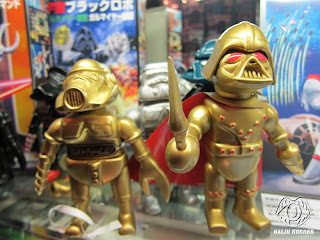 Very cool, glad to see they are expanding the line. The gold figures are sweet, reminds me of the blow-molded bootleg toys.

The gold figures are fun, but customs alas.