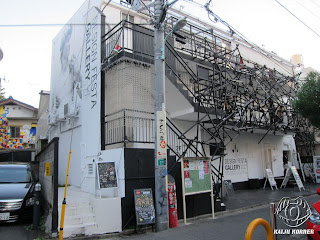 Today at the repainted so that everything's emptying into white (Any Cat/Yusuf fans? Yes? No? Watch this video and love life) Design Festa Gallery in Harajuku - where many an indie toy luminary including Blobpus, Max Toy, Sunguts, and others have held shows - a three-day show opened featuring the work of Cesar Zanardi (the maker of Cerrito) and Mayumi Kojima (Monster Factory).

The show is interesting, as it has both individual works from the two makers as well as collaborations between the two. 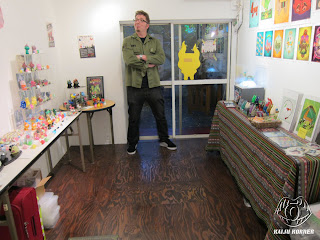 Cesar flew to Japan from Argentina. Let's start with a look at his work. First I should mention, if you see something you like by Cesar, you can send him an e-mail, and if it isn't sold out yet, he'll ship it to you from Japan. (But get in touch soon, since he'll only be in town another week or two.)

Show pics:
More after the jump: 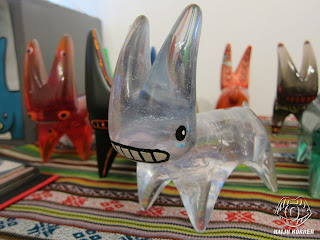 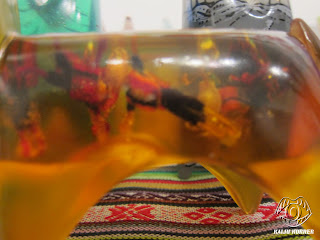 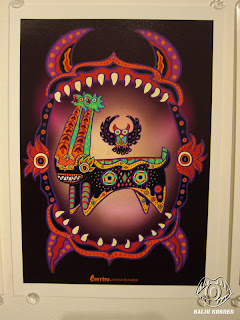 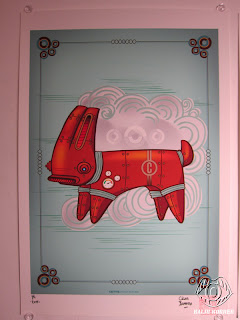 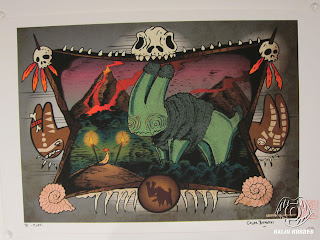 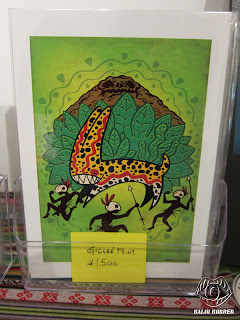 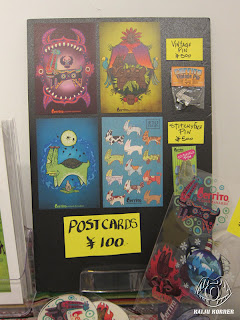 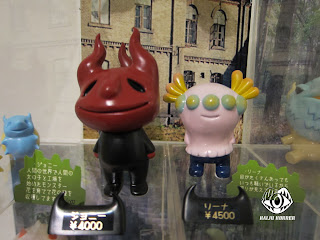 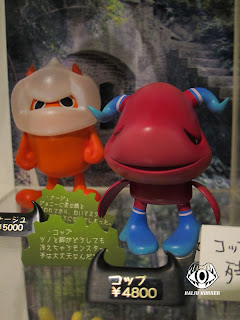 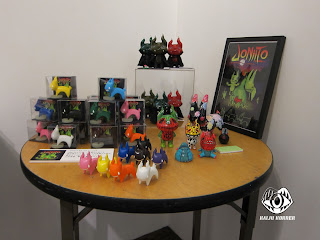 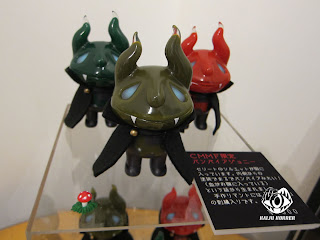 This is one of the nicer shows I've seen at the Design Festa Gallery. They made a great use of the space with tons of figures + prints, but it doesn't feel crowded.

The show runs through November 18. Andalé Ganbatte guys!
Posted by andy b at 1:17 AM