Today I took a highway bus from Tokyo to Nagoya. Traveling in Japan is always an experience in itself, so I thought it might make a fun post.

This time I went with Willer Express. The company runs a bunch of routes throughout Japan, and they have an excellent English website. The prices are competitive, and they operate a diverse fleet of buses.


Some are bare bones, squeeze-as-many-seats-as-you-can-in-a-coach chicken buses (which are probably actually not too bad). At the other end are coaches with huge, plushy seats. Of course, the price bar moves from left to right as you go up in class. 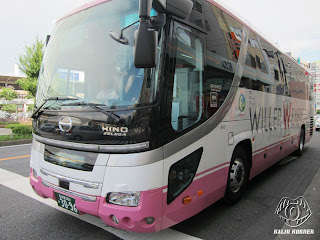 I went with the "RELAX with personal monitor" bus, which had a couple of interesting features.

The first is the personal "canopy." It folds up behind your seat, and you pull it to extend it over your head. Voila, private head cone.
More after the jump:

Then you have an entertainment console, which is similar to what you'd find on a plane. 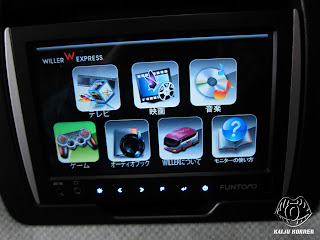 The touch screen monitor is mounted on the seat in front of you. 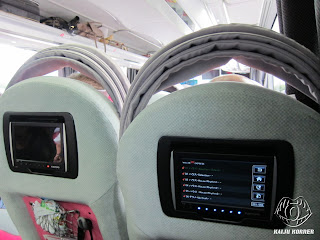 There's a nice selection of movies, ranging from 30 year-old classics like ET to more recent films. Unfortunately, they're dubbed in Japanese. 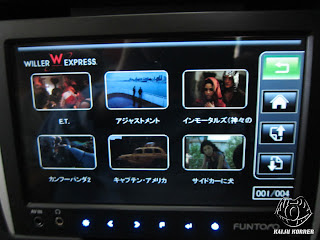 The console also has a few local TV channels. That didn't interest me either.

Then there's the built-in 8 (16?) bit Sega video game system. You can choose from 15 games from yesteryear, including Sonic and Knuckles, Decap Attack, and Golden Axe. 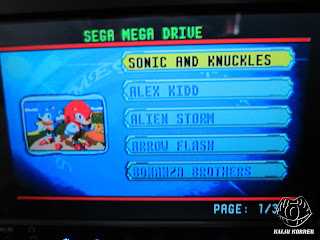 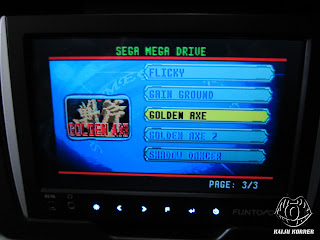 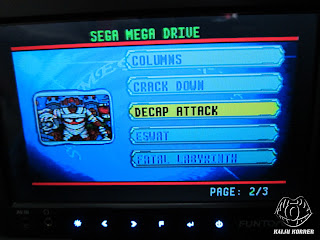 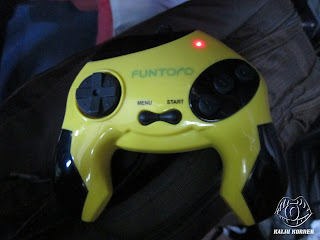 My favorite was Flicky. 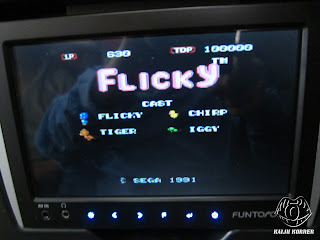 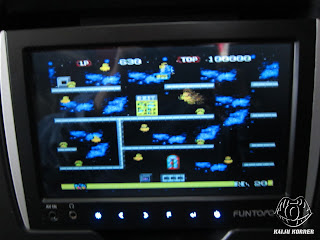 You fly around picking up baby chickens, which you then deposit in some kind of safehouse. But don't be complacent! There are critters meandering about, and they'll end your righteous chickery right then and there with a touch of their ornery mitts..

Your other entertainment option is music. 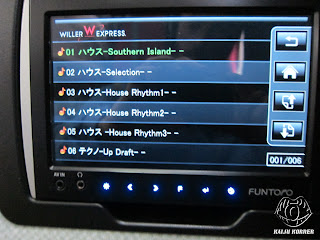 The console has a library of relaxation inducing new age tunes like Southern Island and Up Draft (though one wonders if this title were chosen by a Japanese writer with other thoughts in mind). I started my hypnotic musac cruise with Coconut Shade of a Tree. 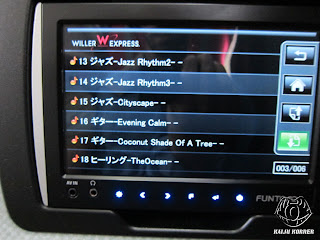 As you're listening, relevant relaxing scenes of sunsets, tree-lined streets, and glasses of milk next to lavender petals scroll across the screen. 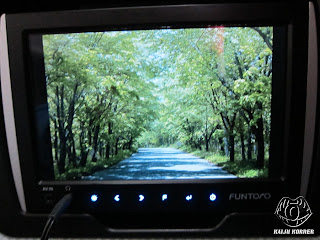 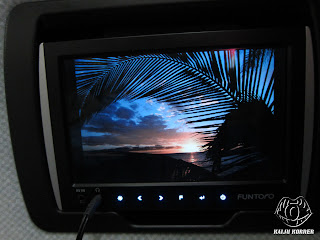 It's all very relaxy, but if you choose to listen to the beats while enjoying the privacy head canopy, you can't get down with the visual relaxation. It's all about personal choice. You make the call.

Another nice feature: There's a power port (two prong), so you can juice up your electronic devices during the trip.

Anyway, it was a 5.5 hour ride, and we stopped twice at rest stops. I had some surprisingly good cold soba in the Shizuoka area (I think that's where we were) - packaged up convenience store style, but maybe made by some nice seaside soba supplier. It was oishi.

All in all, not a bad ride, and for 3500 yen, who could complain. My ride back on Sunday will be a bit more (4500 yen), so note that route prices aren't fixed. I think if you book further in advance you get slightly better rates. Plus there are other discounted rates available.

So there you go. If you need to get from A to B in Japan, the highway buses are very popular (and a fraction of the cost of a shinkansen). You can even take overnight buses from point to point, which saves time and a night's accommodation. I can't promise you'll get a lot of sleep on the buses, but who knows - maybe a couple of games of Flicky followed by some Coconut Shade of a Tree under your personal head canopy is all you need for some easy z's as you're rollin' down the highway in Japan.
Posted by andy b at 3:30 PM

You guys have Sonic and Knuckles on your buses. That makes them automatically better than ours.

Nice story!
Now I've to tell Mieke to consider a ride on this bus when we go overthere.
But are the busses also comfortable when you're 6.4ft tall like me?

Not at all a bad bus.

Bart - good question. You might want to go with buses with bigger seats like "premium" or "relax wide" http://willerexpress.com/x/bus/dynamic/3/en/html/pc/bus/index.php