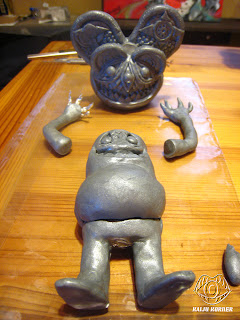 Today, Kaji-san showed me a new figure he's working on. It's called Belotonian Jr. and is a collaboration between Blobpus and Masayoshi Hanawa. 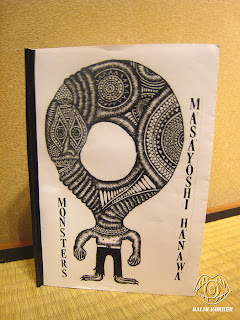 The figure is based on an illustration by Hanawa-san from his book, called Monsters.
More after the jump:

Some other illustrations from the book: 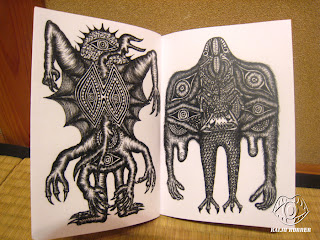 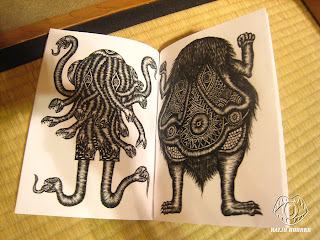 As Kaji-san explained it, he's basing the 3D figure on a single illustration, while making adjustments as needed for the translation from 2D-3D. So the resulting figure is something of a joint design between him and Hanawa-san.

More pics of the clay sculpt: 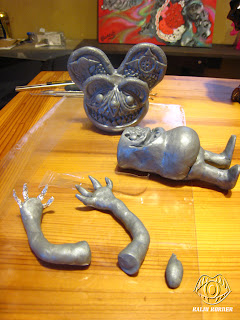 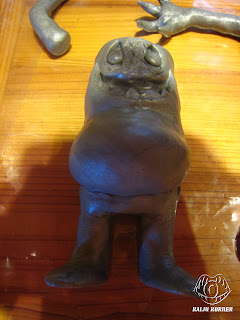 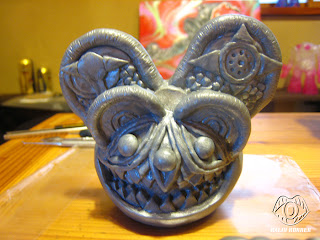 Belotonian Jr. is due out this winter. Smile for the camera!
Posted by andy b at 2:01 AM

Email ThisBlogThis!Share to TwitterShare to FacebookShare to Pinterest
Labels: Blobpus

Would you happen to know how one can get a hold of Hanawa's book or other works? Especially here in the US?

Best thing would be to contact Blobpus and ask directly. There's a link to the Blobpus homepage on the left of KK.