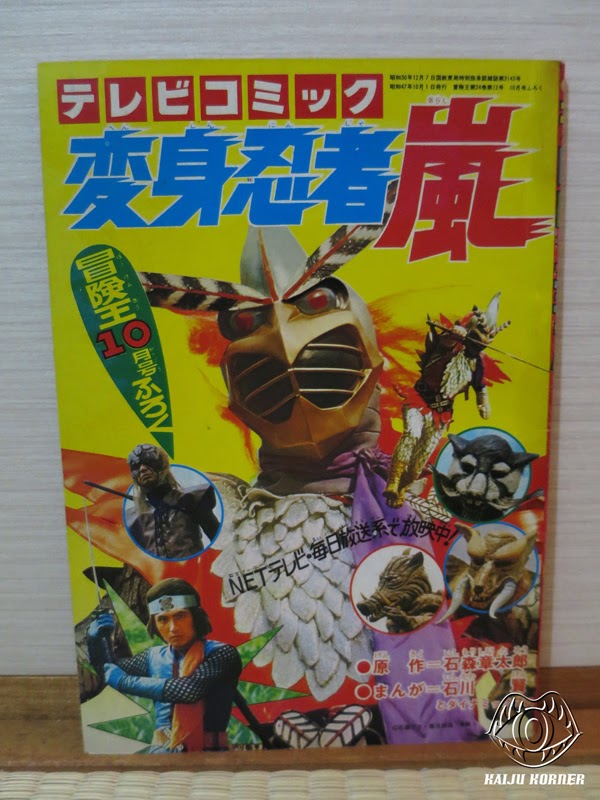 Most of the furoku I've talked about in past posts have been about manga or the games and prizes given away with magazines. Recently I came across a really interesting hybrid furoku featuring one of the most bizarre and compelling tokusatsu heroes of the 1970s: Henshin Ninja Arashi.

This furuoku came with the October 1972 issue of Boken O (Adventure King). At roughly 18 cm x 26 cm (7.1" x 10.2") long, it's larger than the manga usually given out with magazines. The book is 58 pages long and is part four-color (which makes it interesting in its own right for a vintage furoku), part single-color. 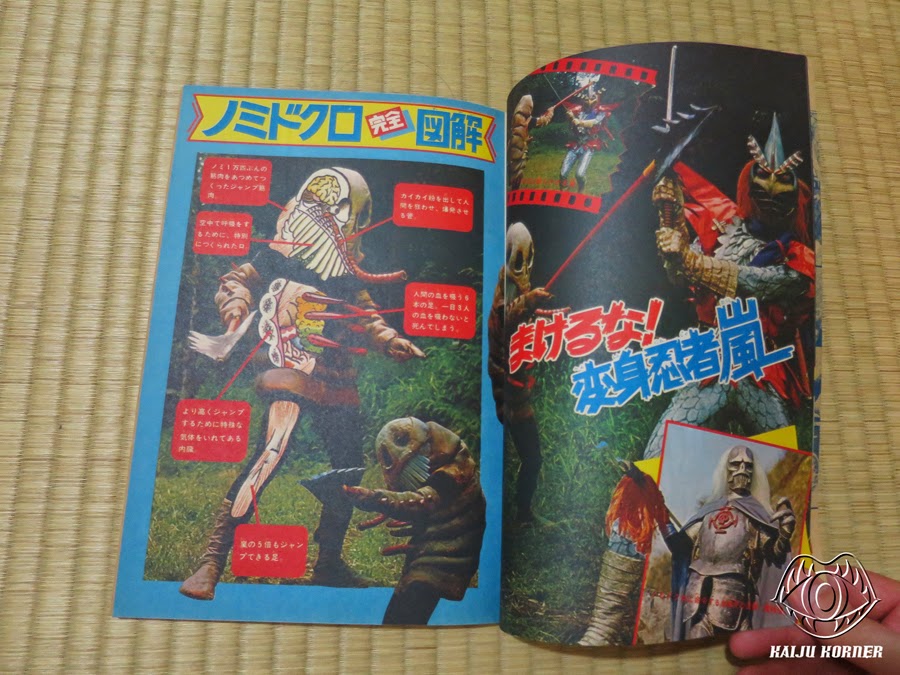 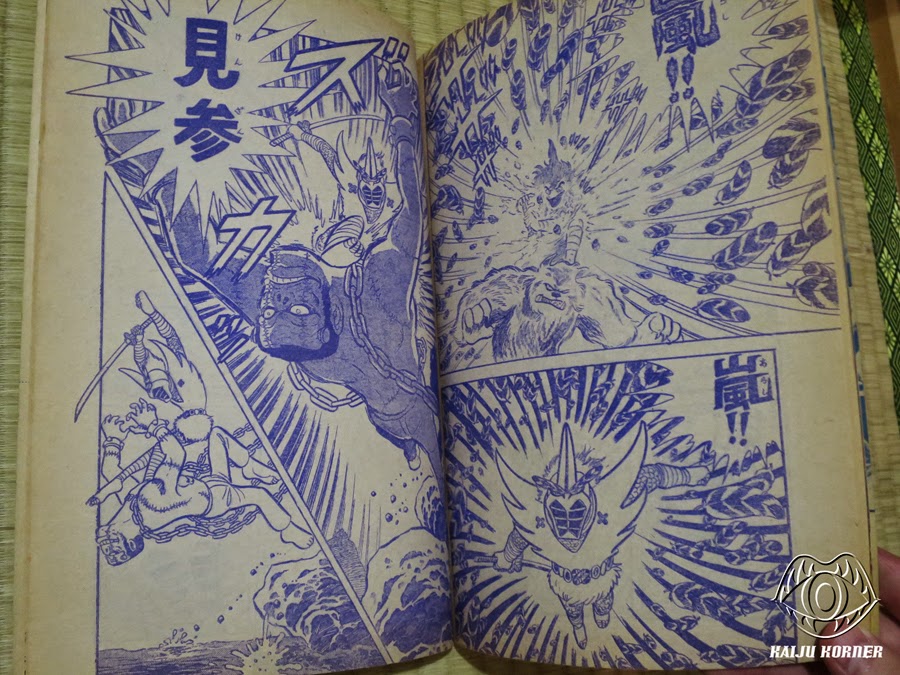 I thought it might be interesting to compare the above manga furoku to the original manga by Ishinomori, which was originally published in 1972, the same year the TV show came out. 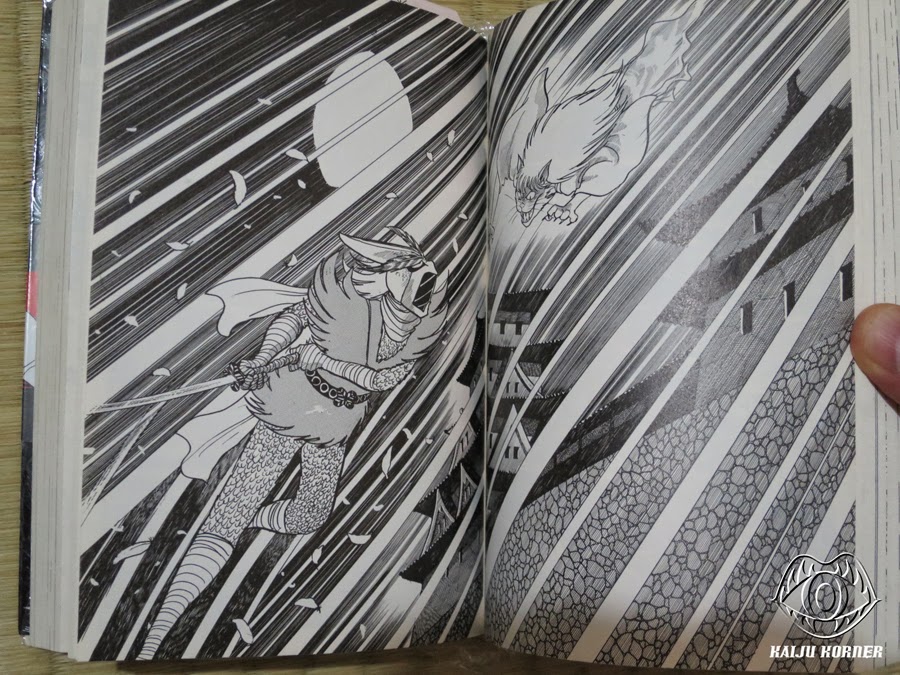 If you want to read more about Arashi, click here to read a post I wrote about a tokusatsu rivalry between some studio heavyweights!
Posted by andy b at 9:05 PM