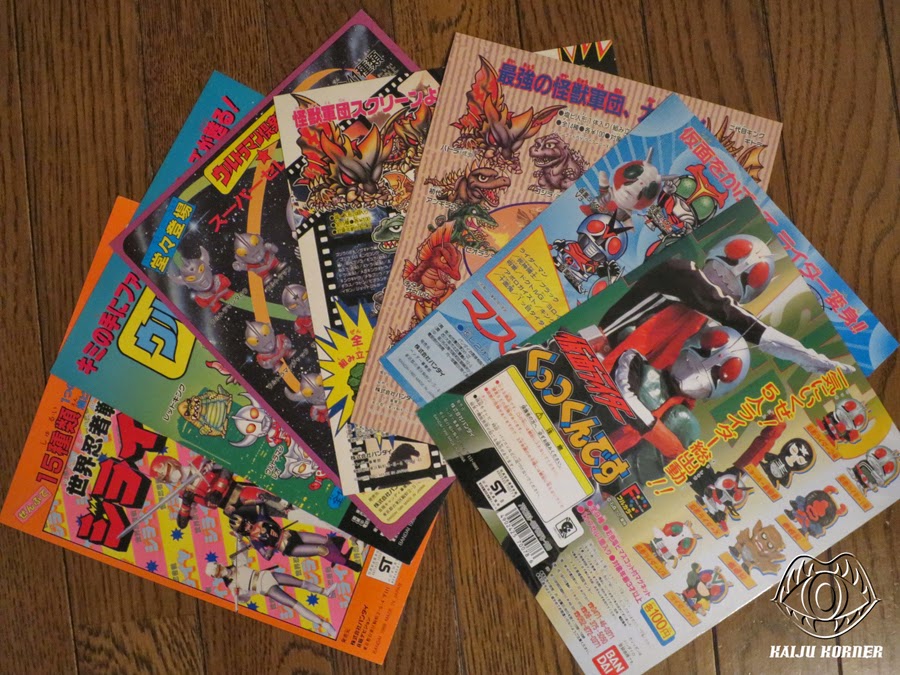 Gachapon machines continue to be a mainstay of Japanese toy culture. For some 40 years, the little plastic balls have distributed everything from tiny plastic toys to pins to keshi gomu figures, and a lot more in between.
Of course you need to know what you're putting your money down for, and that's where backing board displays come in. Known as "gachapon daishi" (ガチャポン台紙) or just daishi for short, they give you a preview of what you might get with a turn of the wheel.

Collecting daishi is an established part of the gachapon collecting scene, though they aren't nearly as easy to find as the toys. Personally, I think they make a great complement to a set of figures, especially if you have the space to display them all together.

Gachapon machines in Japan date back to the 1970s, when a turn of the dial cost 20-50 yen. The daishi were small - just over half the size of a sheet of paper. Also, there were corrugated lines running down them vertically.

A few sample figures would be taped on top, with the whole thing - daishi + samples - wrapped in plastic so you could see some of the items you were trying for. The vintage daishi I've seen were for fairly generic mini toys like workman's tools or snakes or joke toys like slime. They were the type of thing you might get at an old candy shop, or what you'd see in some Western countries in drugstores or discount chains.

In the 1980s, figures from licensed properties, as well as the emergence of Kinnikuman, led to a huge gachapon boom. The size of daishi and gachapon machines both expanded. The new daishi were a bit larger than a sheet of paper, and they typically showed illustrations or photos of sample figures printed on the board.

A couple of Godzilla gachapon dasihi: 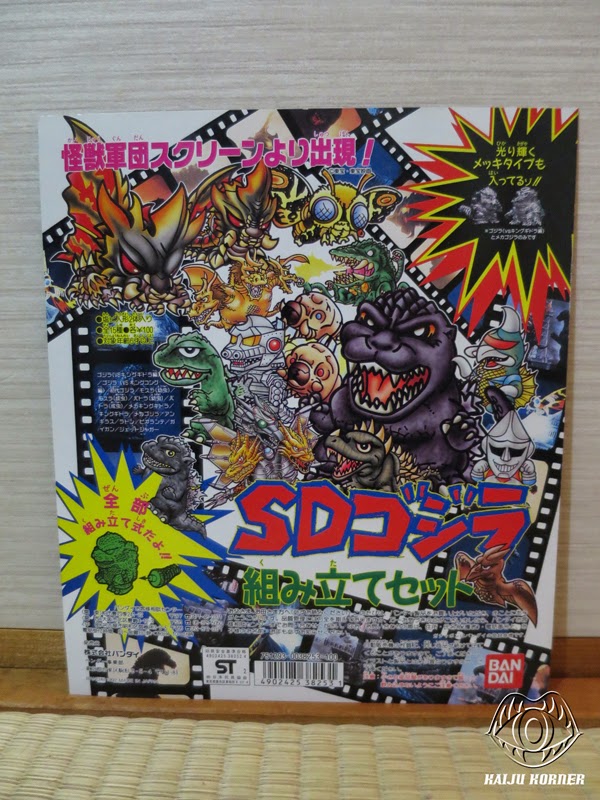 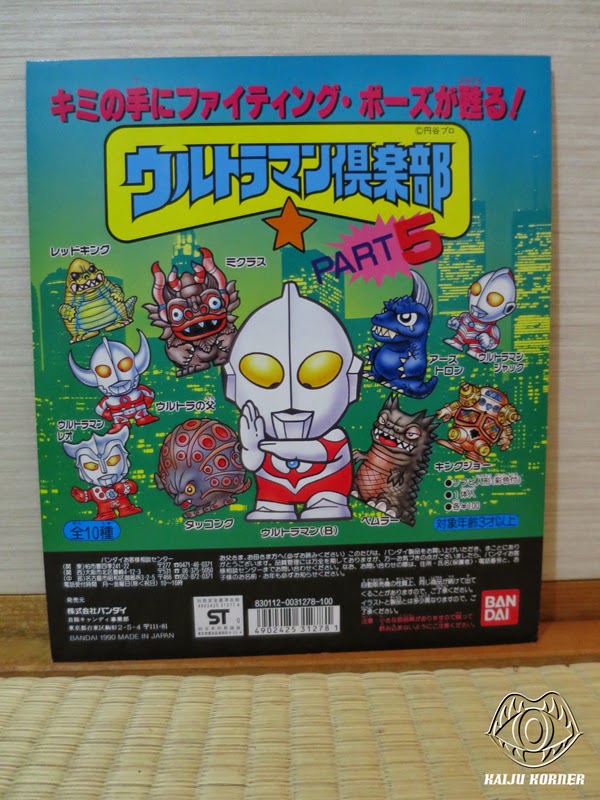 Gacha machines have come a long way over the last 40 years. It's such an established part of the culture that you'll see them all over the place, from tourist spots to supermarkets to toy stores, and even just randomly located outside of buildings and on street corners.

Some figures have multiple pieces and are not only complex but also very well made. That's reflected in the price, too, as a single turn might cost you 200, 300, or even 500 yen.

And of course, where there's a gachapon machine, there are daishi. So even if you don't put your money down, you can look over the little works of commercial art, learn about the series, and sate your eyeballs at no cost.
Posted by andy b at 5:11 PM

I appreciate the positive feedback. I've been trying to expand my horizons and pass on some of the knowledge I've acquired about different aspects of Japanese toy culture.