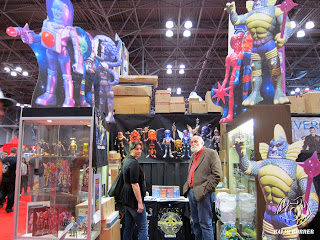 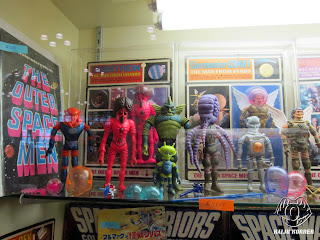 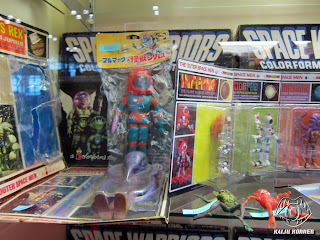 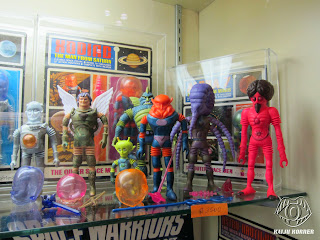 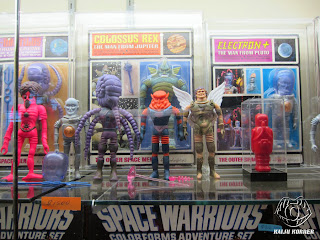 The sale case at NYCC featured all kinds of Outer Space Men treasures, from loose to carded figures to colorforms and more. 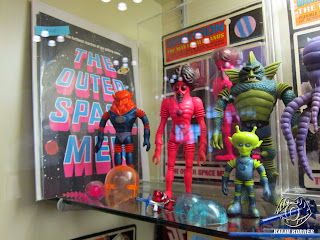 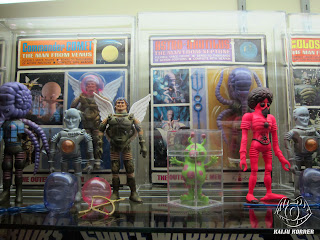 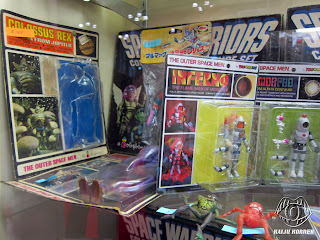 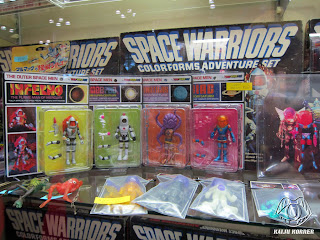 In 2010, the toy team The Four Horsemen got together and put out their own licensed version of the toys - pictured above. The figures employ the Glyos system of parts, making heads, hands, and other pieces not only interchangeable with other figures in The Outer Space Men line, but also with other toys using Glyos parts. The figures are well known to indie toy collectors and create a bridge spanning more than 40 years between the original and new lines. 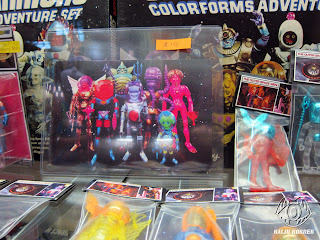 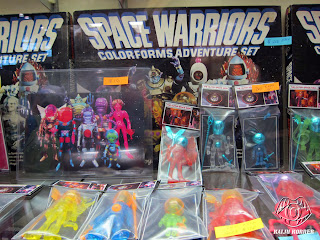 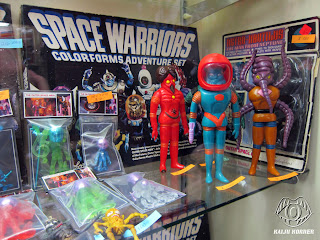 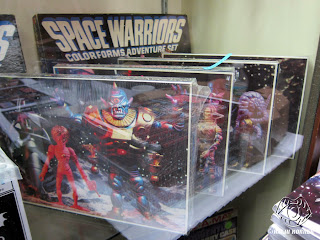 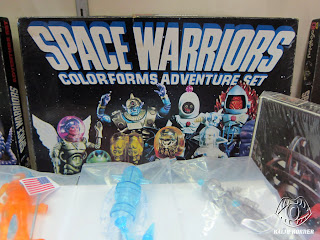 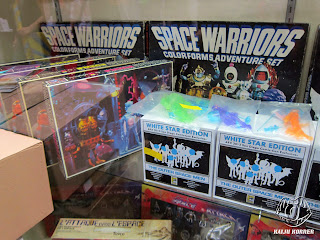 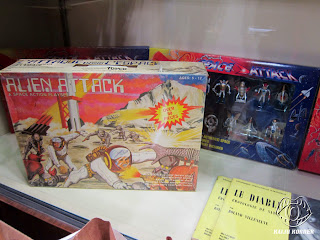 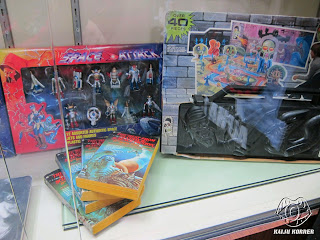 The items in the following case were for display only: 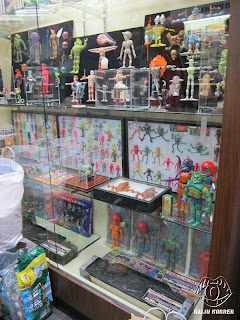 This case features an incredible collection of Outer Space Men artifacts, including prototypes, test shots, and other rarities that make the display nothing short of a museum exhibit. 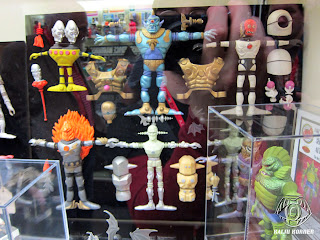 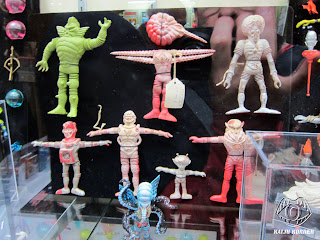 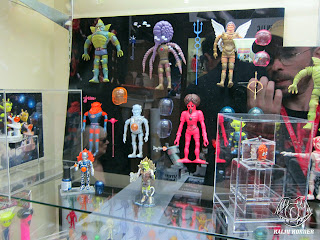 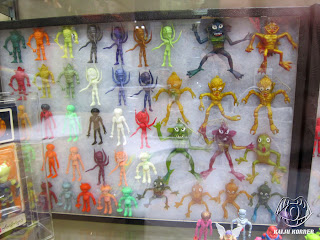 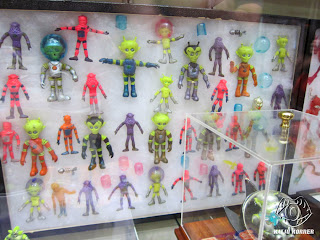 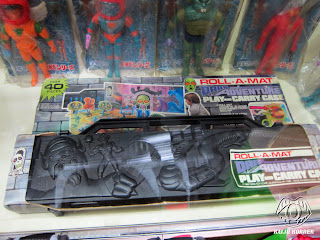 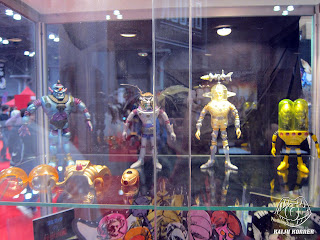 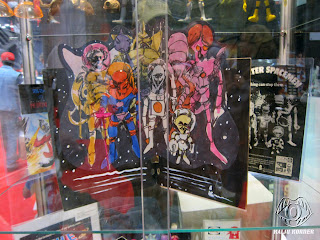 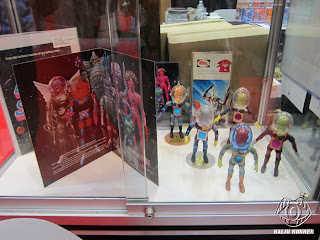 To read much more about The Outer Space Men and check out tons of pics and other info, click here to head to their site.

Stay tuned for an interview I filmed at the booth with Mel Birnkrant. Coming soon...
Posted by andy b at 12:06 PM

Astonishing! Such an impressive exhibit... Thanks for bringing it to my home, Andy.