After the Hobby Complex show, we headed to Kobe for some food and toy shopping. I had soba and tempura. My buddy John introduced me to "soba soup" drinking. Upon request, they bring out the water that was used to cook the noodles. That's added to your soba sauce. Mix it around and voila. Kind of salty for my taste, but an interesting experience all the same! 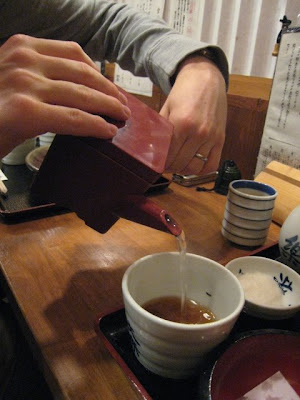 Kobe has a looooooong covered shopping arcade that stretches from one train station to another. In recent years, it's gone mostly upscale, but there are two prime toy shopping areas. The first is in a series of buildings off to one side of the mall. They're connected by sky bridges, so you can go from one to the other pretty easily. 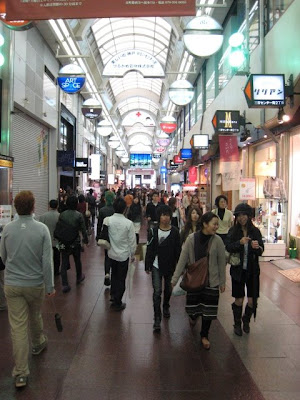 These shops mostly sell newer toys, but there's some old stuff mixed in, as well as NES goodies, airbrushing equipment, etc, for good measure. The largest store in this area is a branch of the Yellow Submarine chain. 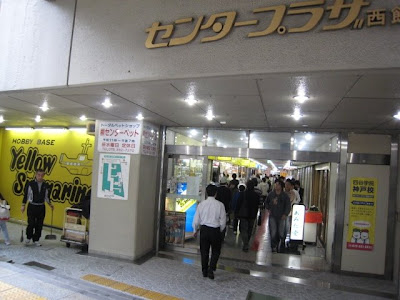 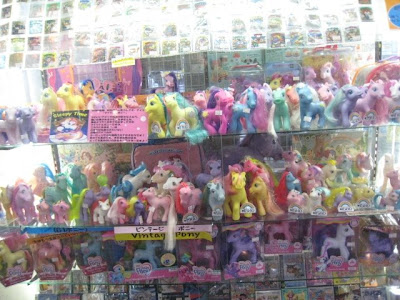 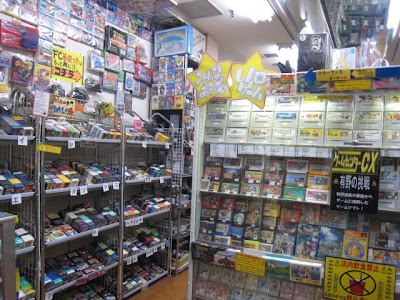 There's also a well-stocked but shockingly expensive (the comics, anyway) comic shop. They have a nice selection of American comics and toys, including this fellow from the campaign trail: 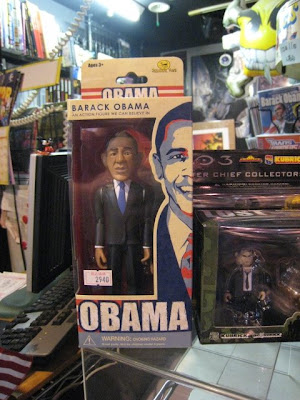 Next we headed to a much older shopping arcade which is parallel to the newer one. An interesting building nearby: 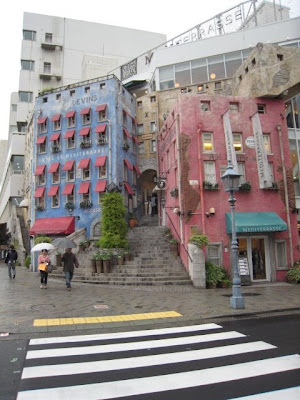 The older arcade houses shops that look a lot like the shops of old that were once common but are rapidly disappearing from Osaka and Tokyo. They're small, crowded, understated, and well stocked with all kinds of vintage gems. 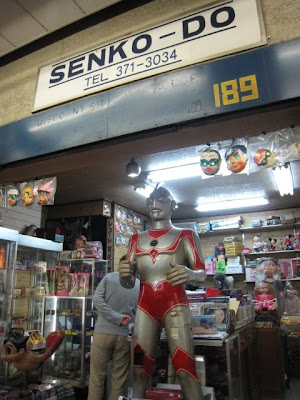 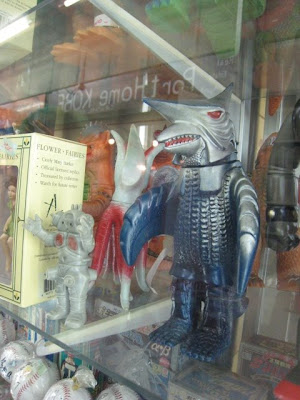 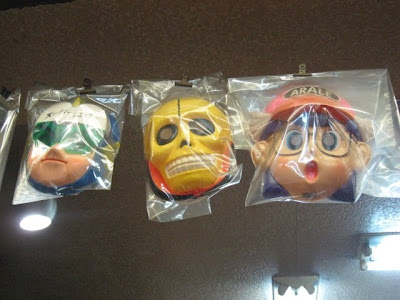 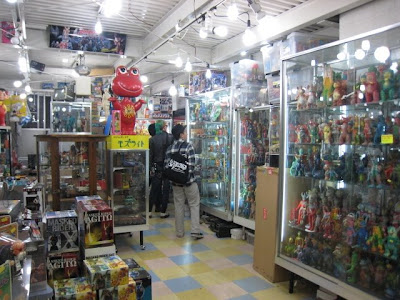 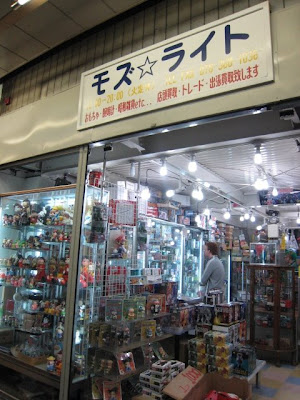 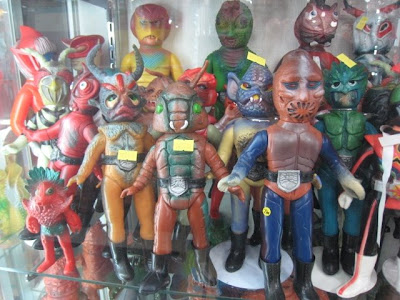 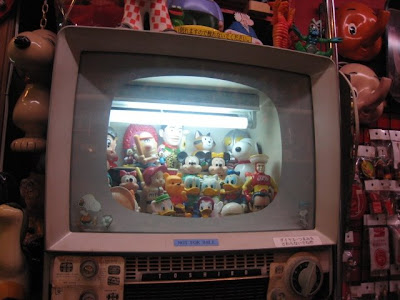 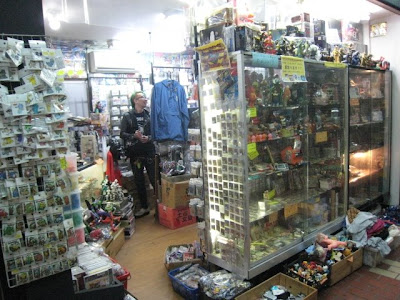 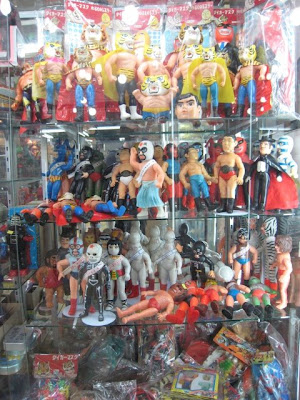 After an amazing day of toy ogling, we stopped at an old school coffee shop. I love these places, which feature delicacies like parfaits, milk shakes, and, my favorite: green tea ice cream with red beans and other assorted goodies: 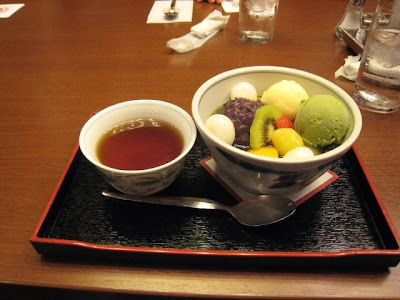 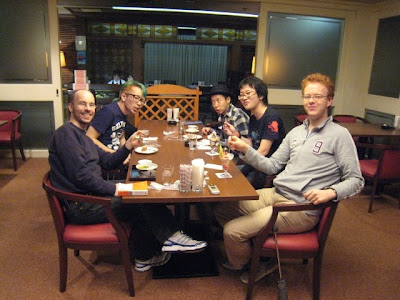