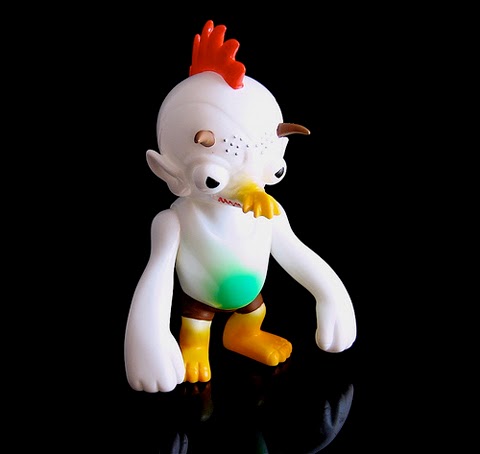 Chicken Fever, a figure by Sin + Wombat, debuted in the early waves of indie sofubi toys, back in the mid-2000s. Not too many versions of the toy were released, but there were some nice ones, including collaborations with other toy makers like Cronic and Super7. One of the releases is shown above. (It isn't my pic, since I haven't got any of the figures on hand.)

Many indie toys can be traced to earlier characters, concepts, or designs from the 1960s-1970s. I believe I may have uncovered the origin of Chicken Fever, or at least the inspiration for the figure. 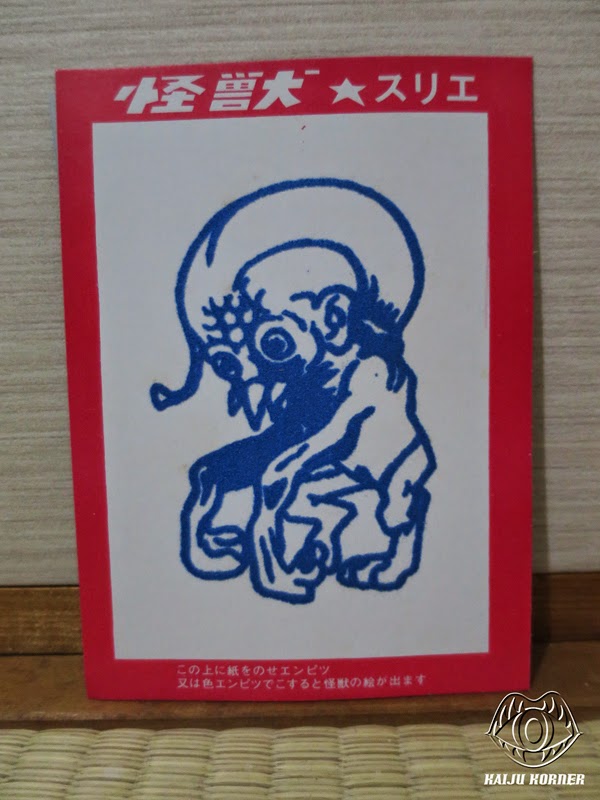 A short while ago, I came across this postcard-sized item, which I believe is from the 1970s. It's called a "Kaiju Siri E" which means "kaiju scratch illustration." The image is slightly raised, with a felt-like texture. Basically you put your blank sheet of paper over it, rub it with a pencil, and produce the image.


Now, I thought the item was interesting but didn't have anything else to go by, so I mentally bookmarked it for another day. Then today I stumbled upon something more definitive. 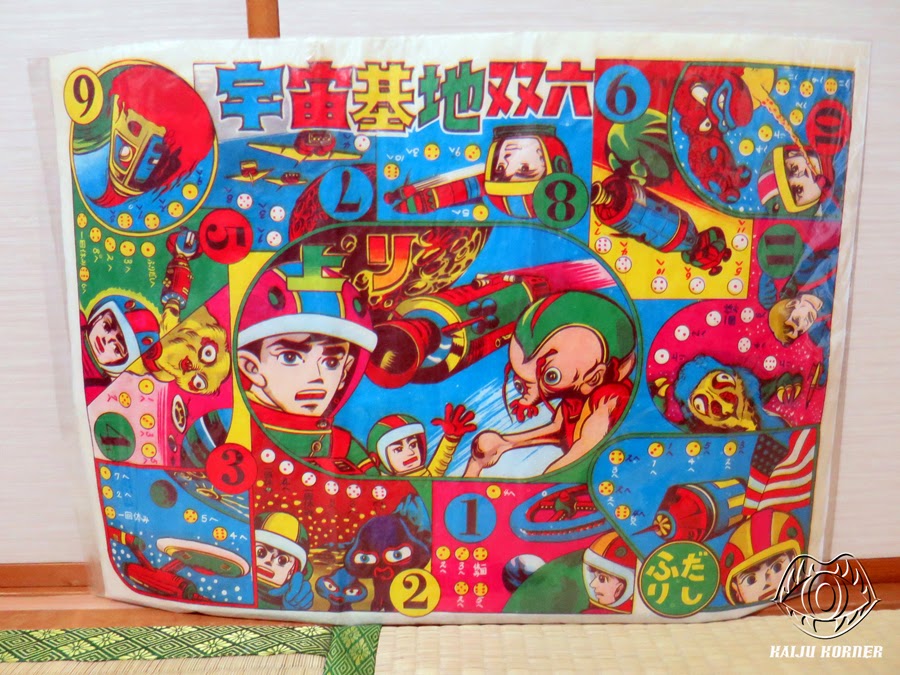 This is a large sheet of paper (about 2' x 1.5') which served as a very low-cost board game. Quite a few were produced in the 1970s, featuring tokusatsu characters like Ultraman. Most of the ones I've seen were unlicensed, but some were official.

All you needed was the sheet of paper and a pair of dice, and you were good to go.

Note our unnamed kaiju friend smack in the middle of this space-themed game. The similarities between it and the scratch card figure are striking. It's even more similar to the Chicken Fever toy. 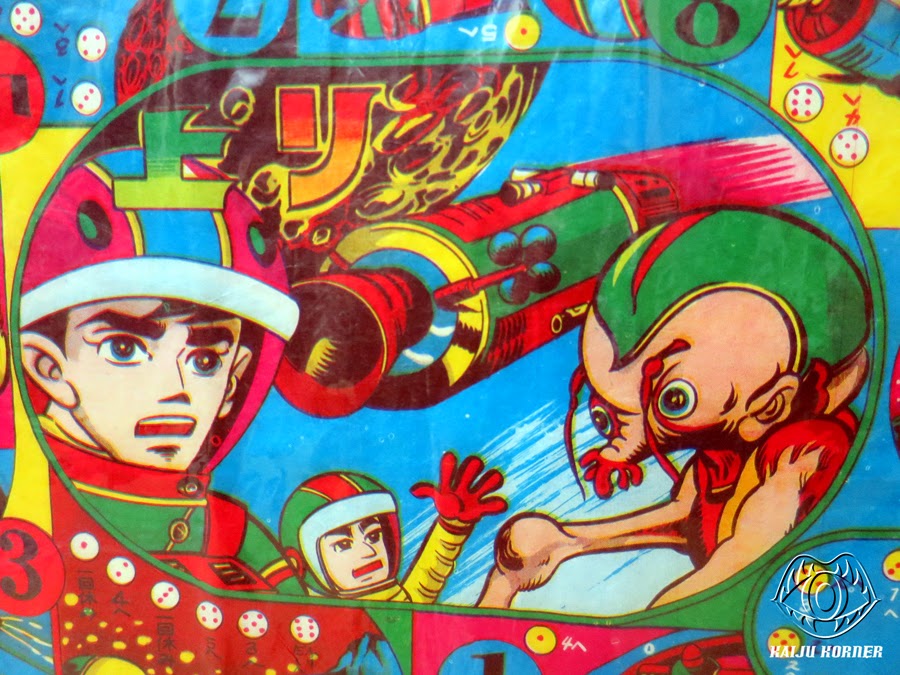 I've asked around, and nobody I've spoken with knows the name of the character or where it's from. It may just have been one of those random kaiju designs that circulated at the time. In any case, given just how much earlier toys and characters have influenced modern indie toys, it's fun to connect the dots and see some of these classic inspirations up close.
Posted by andy b at 1:03 AM

Nice post. I think this thread pretty much had the same info and same drawing.
http://skullbrain.org/bb/viewtopic.php?f=3&t=35868

Interesting - thanks for posting!

The illustrations look to be from different printed materials, but they're really similar - possibly all based off the image from that book. It's nice to see more info backing up the story and character.

So, indeed, in that same skullbrain thread I posted a pic like this: https://flic.kr/p/8kE45i

Interestingly, to me at least, this is the very same character figure that got me into toy collecting..

Nice pic! Yeah I always thought it was a fun toy - they don't pop up too often, though.

It's interesting how many new toys trace straight back to a single image in an old book, magazine, poster, etc.