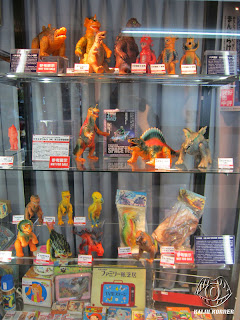 Bootleg sofubi toys go back decades. It wasn't long after the release of blockbuster toys from Ultraman, Godzilla, and other properties that low cost. unlicensed figures appeared on the scene. These days, there are quite a few collectors who are after knockoff toys of yesteryear. There's a certain personality to bootleg toys that can be hard to put your finger on - you just know it when you see it!

Mandarake currently has a very nice display of some very early pachi kaiju toys. Some of them look like straight up dinosaurs. Others bear a pretty close resemblance to well known Japanese monsters. And one thing's for sure - they go for quite a bit more than they did back in the day! 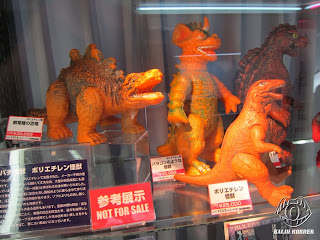 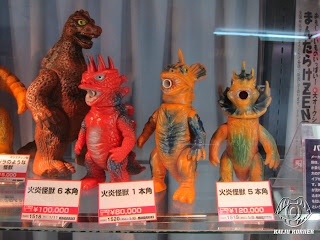 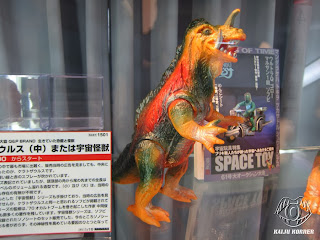 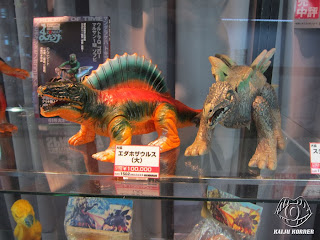 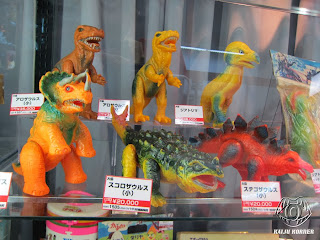 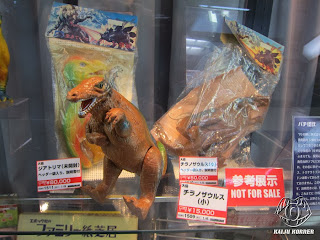