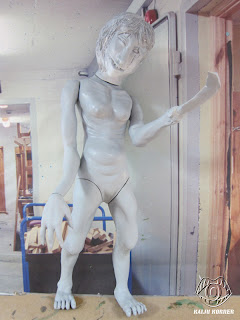 Here's a first look at a new figure which will soon be released in sofubi. The other day at the Fort, Ricky was kind enough to assemble the parts (which he recently cast in wax and sent to the mold maker) so I could shoot the complete figure and show it to everyone.

The figure is Kuchisake Onna, which means "slit-mouthed woman." It's based on an old folktale which later morphed into an urban legend. The twist here is the figure is reimagined as a yokai, with animal parts interwoven into the figure's character and anatomy.


Here are pics of the original sculpt, which stands at around 11-12 inches: 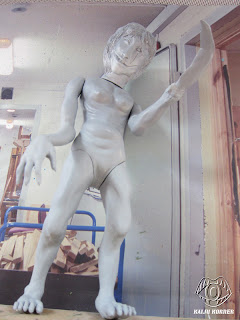 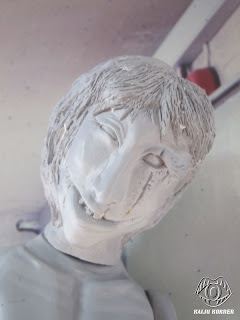 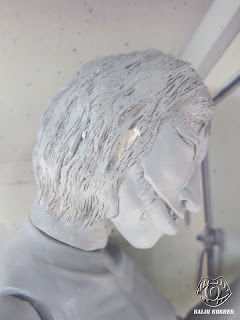 More pics after the jump: 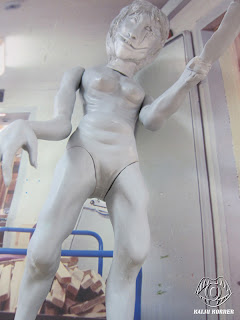 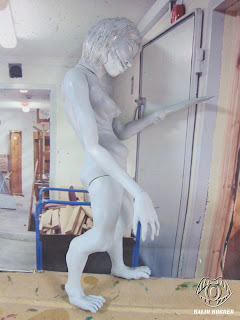 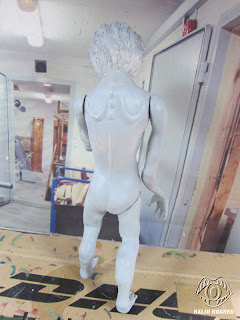 Click here to watch a video of Ricky telling the story of the figure's development and the Kuchisake Onna legend.
Posted by andy b at 12:26 AM